SPONSORED — Golden Buddhist temples, glitzy bars, world-class cuisine, wild nightlife, fascinating traditions and endless shopping possibilities await anyone lucky enough to be planning a trip to Bangkok. It’s one of the world’s best cities, a gay hotspot and mega-metropolitan area with more than enough to do. 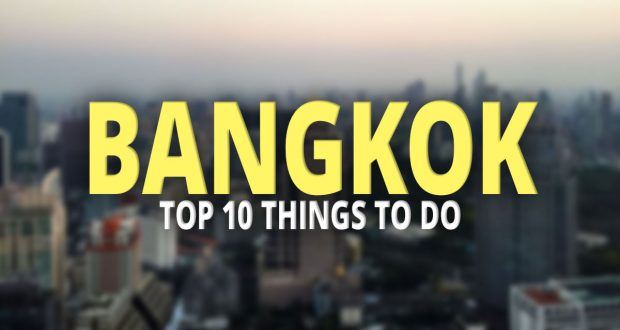 Top 10 Things To Do in Bangkok

Bangkok is a shopper’s paradise—no question. Find everything from tech products to name brand clothing at the big malls like the MBK Center, Terminal 21, or Siam Paragon. The famous Chatuchak weekend market is the largest market in Thailand and home to more than 8,000 stalls which sell everything from designer clothing brands to antique musical instruments. Fashion-conscious shoppers should head to the affordable Saphan Phut night market to pick up a bargain. 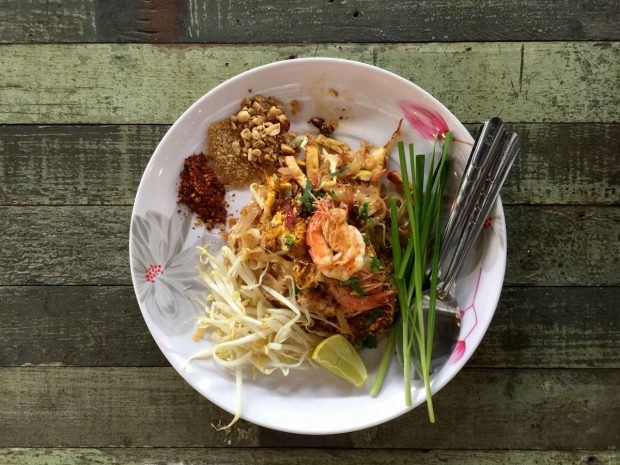 If you’re an adventurous foodie, it’s hard to imagine a better dining destination than Bangkok. The best way to sample the local cuisine is roadside at one of the city’s ubiquitous street food stalls. (Note: even if Bangkok is slowly closing down the street food stalls, you’ll find many of them on smaller, less crowded streets.) If you don’t need to be indoors at a table during mealtime and aren’t bothered by eating at the side of the road, you’re in luck – you have the world’s best street food at your fingertips! Try the pia pao (fish barbecued in salt), gai/moo bing (grilled chicken/pork skewers), som tam (papaya salad), pad thai (noodles) and fresh fruit smoothies! 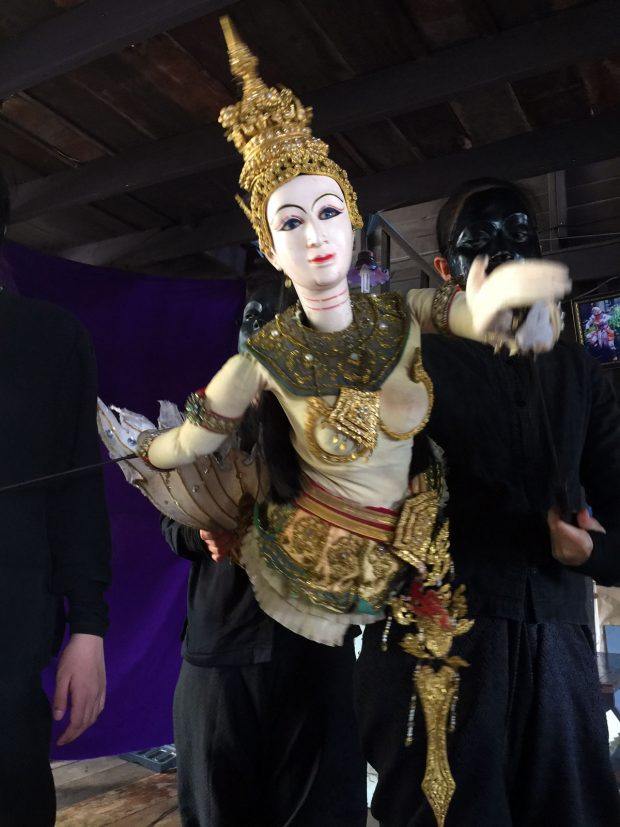 Watch a puppet show at the Baan Silapin

Baan Silapin, known as Bangkok’s Artist House, is an old wooden home located on the Klong Bang Luang canal. The community here decided that the best way to keep its young people away from trouble was by teaching them how to perform traditional puppet shows and in doing so they’ve managed to keep their local tradition of Thai puppetry alive. Most afternoons at 2pm, the young puppeteers put on traditional handcrafted puppet shows which enact Thai folk tales and scenes from the Ramayana. Entry here is free but donations are encouraged to support the community and its art. 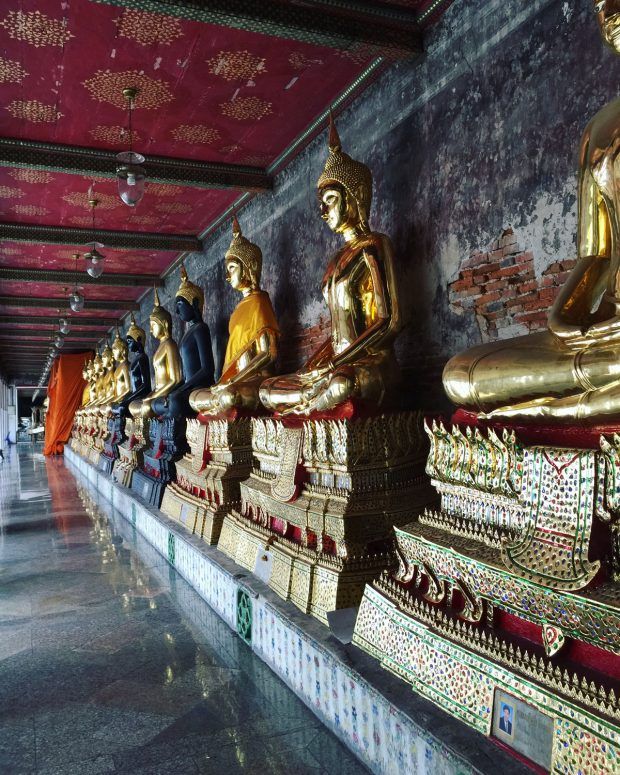 There are hundreds of temples (known as “wats”) in Bangkok, all of which contain an image (usually a sculpture) of Buddha. Within the complex of The Grand Palace (Na Phra Lan Rd) in the heart of Bangkok you’ll find The Wat Phra Kaew or Temple of The Emerald Buddha. The wat which houses The Emerald Buddha – a dark green statue of Buddha carved from a single jade stone – is regarded as the most sacred temple in Thailand. Dress appropriately when visiting by covering your legs and shoulders or you may not be allowed in. It’s also important to remember that Buddha is a religious symbol, and therefore probably doesn’t make the most appropriate souvenir. 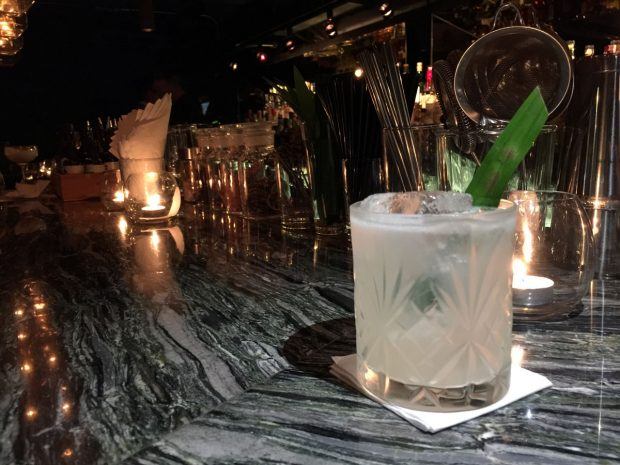 Grab a drink at Bunker Restaurant

Grab drinks or a bite to eat at Bunker (118/2 Soi Suksa) a restaurant and bar serving Asian-influenced modern American cuisine. As its name suggests, the hottest spot in town is set in a Brutalist concrete building, yet its polished stone tabletops, copper-toned mirrors and mustard and aquamarine accents give it a warm, luxurious edge. If you’re just in the mood for a drink you can head there to enjoy a craft beer or choose a cocktail from a list designed by Diageo World Class 2015 finalist Natakorn Changrew.

Related: How to make the most of Bangkok in 3 days 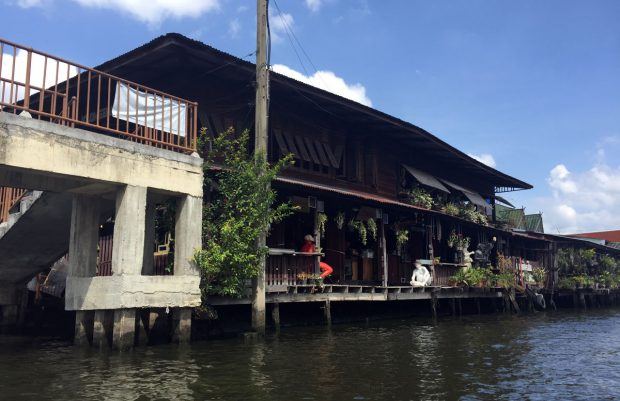 Shop at the floating markets

Bangkok is famous for its magical floating markets. Damnoen Saduak market is quite well known and caters to buyers who are almost exclusively tourists with stalls touting souvenirs and “magic” “medicines.” It’s open from 8am till noon but by 10am the canal can be so packed with tourist boats that they can come to a standstill. For a more authentic experience try Amphawa market, open from Friday to Sunday. It’s full of locals and very few foreigners, and really comes to life after dark. Head to the Khlong Lat Mayom market on the outskirts of central Bangkok if you’re looking for atmosphere, natural beauty and great food.

Get a traditional Thai massage

With so much exploring and shopping on offer you’ll want to find some time to unwind and there’s no better way to do that in Bangkok than with a traditional Thai massage. Sometimes referred to as “Thai yoga massage”, the traditional Thai massages is an ancient healing system which combines acupressure with Indian Ayurvedic principles and assisted yoga postures. You’ll remain clothed as the massage therapist stretches and compresses your muscles by bending you into a variety of yoga-like positions, so it’s a good idea to wear something loose.

Muay Thai or Thai Boxing is a combat sport that involves striking and clinching. The sport is loved by millions in Thailand and has now become internationally widespread. Professional fighters train for years before joining the professional league. Head to Rajadamnern Stadium, the oldest boxing stadium in Thailand, to see an authentic match between world-class fighters. 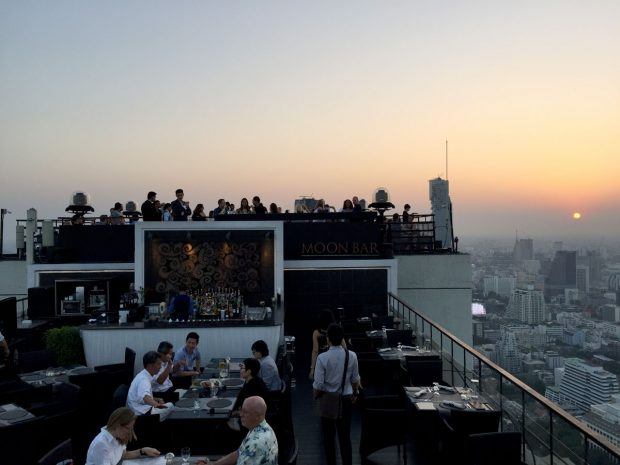 Soak up the views from a rooftop bar

Take in spectacular panoramic views over Bangkok from the rooftop Vertigo Grill and Moon Bar, located 61 stories (198 meters) above the city. Sip an expertly-crafted cocktail or dine al fresco on the former helipad turned chic eatery and watering hole. It’ll be hard to compete with that view but it’s a good idea to dress up a little bit; both the restaurant and bar have a “smart casual” dress code so flip flops and backpacks are a no-go. On the first Saturday of every month Moon Bar hosts GSPOT, a monthly gay party. 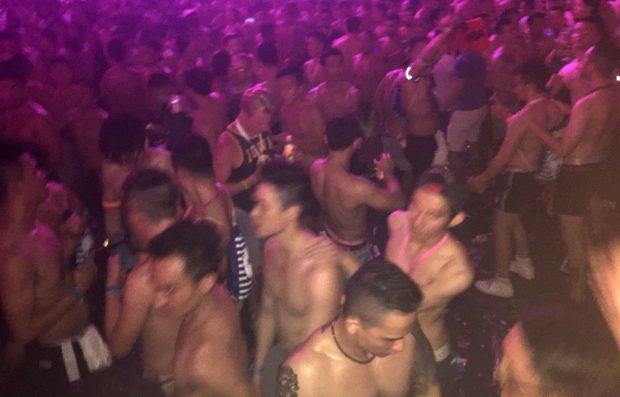 If you’d like to explore Bangkok’s gay nightlife, the Silom area is the place to go. Bangkok itself is generally a very gay-friendly destination and the majority of its gay pubs and clubs can be found on Silom Soi 2 and Soi 4. The oldest gay pub in Bangkok, Telephone Pub, has a fun atmosphere and a karaoke lounge, plus it serves Thai and western food until the early hours. If you’re looking for great cocktails, fun drag shows and friendly staff, head to the stylish Stranger Bar. Dancing queens should head to DJ Station to hang out with a young crowd and throw shapes to the latest songs. Don’t miss the Friday night drag shows. 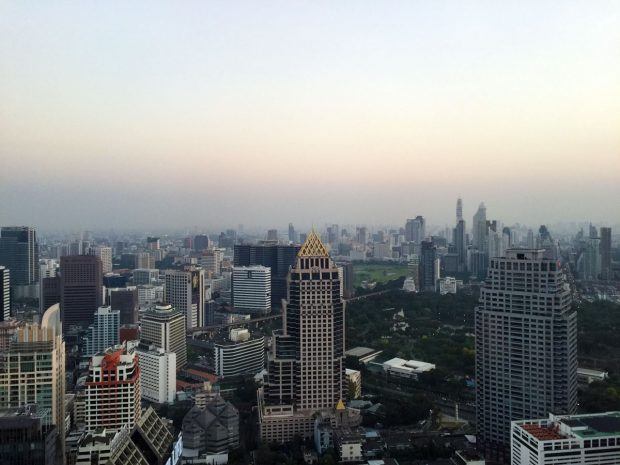 One of the largest cities in Asia, Bangkok can seem overwhelming at first. But don’t let its size and relative chaos distract you. This is one of the world’s most exciting and dynamic cities, and thankfully—most of the hotels and accommodation are still very affordable!

Book hotels in Bangkok with AccorHotels.com 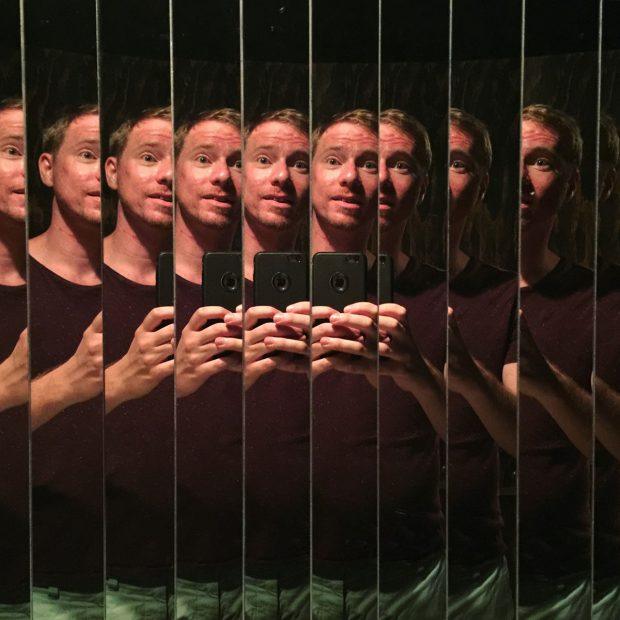