One of my all-time favorite places in London is Trafalgar Square. Centrally located and easy to get to from just about anywhere, the square is also where most summer festivals and street parties happen in central London so it’s a great place for people-watching. The square is also home to two of London’s best museums: the National Gallery and National Portrait Gallery.

While the square celebrates Admiral Lord Nelson’s conquest over Napoleon (with a rather phallic column), it’s also home to one of the most interesting public art spaces in England: the Fourth Plinth. Built in the 19th century, the plinth’s original intended sculpture was never completed because of a lack of money. Since 1998, however, the Royal Arts Commissioning society and Mayor 0f London have been responsible for commissioning public art pieces.

The most recent commission went live at the end of July and features a large, blue cockerel by Katharina Fritsch. A German artist, she wanted to counter the male-dominated square with a bit of humor. The piece is titled “Cock” (or Hahn auf Deutsch) and in its royal blue, it adds a lot of color to an already lively square. With the cock’s face standing proud, its tail feathers erect, it certainly evokes a certain sense of humor. The artist said in an interview with The Guardian,

It’s about male posing, about showing power, about showing … erections! I mean, look at that column! When I first came to London, the area around Trafalgar Square seemed to be very much focusing on men…You have all these dandies, all these businessmen in their suits, who have to be powerful and successful. And they are a little bit posing like cockerels.

What do you think of the current Fourth Plinth public art sculpture at Trafalgar Square? Are you a fan of the big blue Cock? 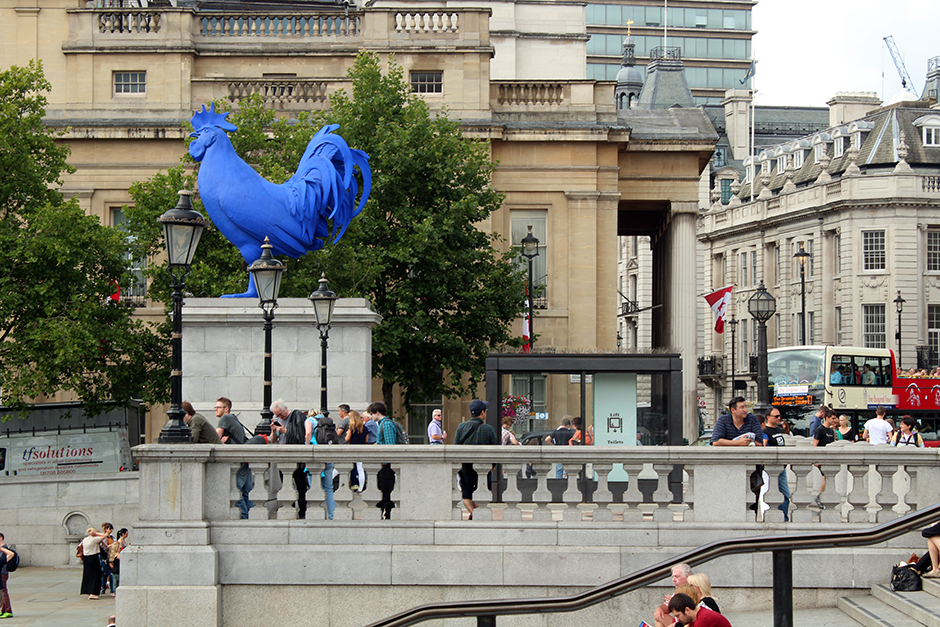 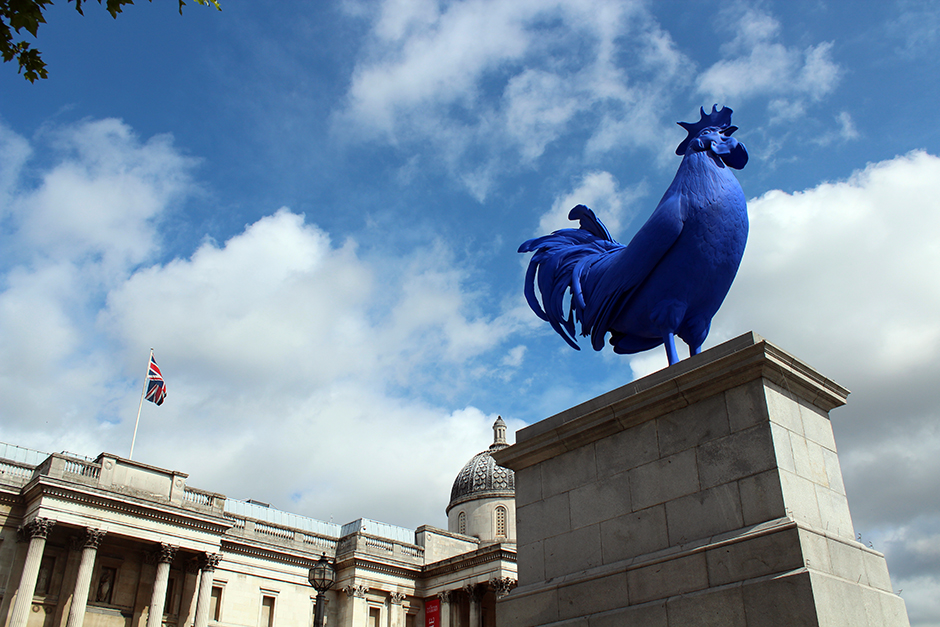