Part of my not-so-regular, recurring travel photo series… this time last year I was preparing for a trip to Tel Aviv for gay pride so I thought it fitting to share photos of one of my favorite places in Tel Aviv: Dizengoff Square.

I used to live a few short blocks away from Dizengoff Square so found myself spending a lot of time there during my summer living in Israel. The square is near a lot of the activity in this part of Tel Aviv, steps from the city’s Bauhaus Center off Frishman Avenue. Also in the area is a weekly flea market and Tel Aviv’s best gay club, Dreck, so it’s just generally a cool place to be.

At the center of Dizengoff Square is the colorful Fire and Water Fountain by Israeli artist Yaacov Agam, dedicated in 1986. Like much of Tel Aviv, this isn’t a strictly beautiful square, but the Fire and Water Fountain certainly adds an extra element to brighten up the neighborhood. Tel Aviv, the “White City,” always looks a bit rough around the edges to me, but I suppose that’s also a part of its appeal. At Dizengoff Square, though, with this strange fountain and the constant coming and going of people, Tel Aviv feels very…Tel Aviv…here. It’s hard to explain, but there’s just something about this square that feels at once Middle Eastern but also European. That’s Tel Aviv for you — always trying to bridge the two.

View more of my photos from Tel Aviv here. 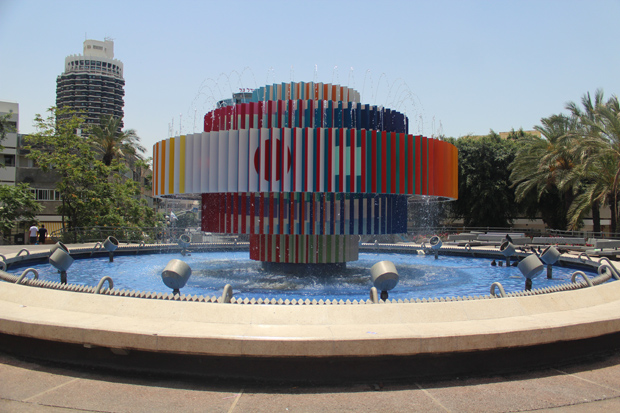 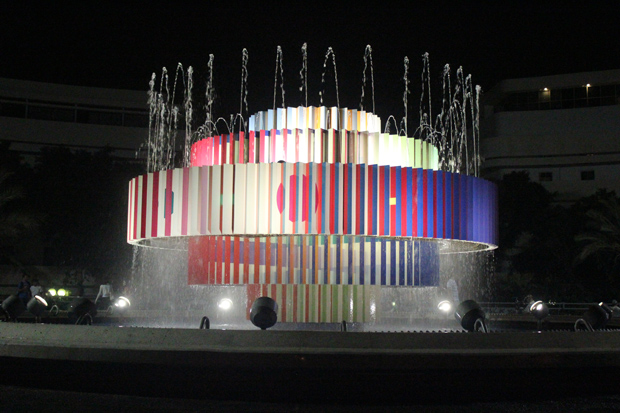 Have you stumbled on any unusually beautiful public squares? Share below!