Travel blogs, photos and stories from one of the top cities to visit in Southern California

Of all the places to visit in Southern California (besides the Los Angeles metro area), San Diego best epitomizes that SoCal life (and attitude) It’s a chill, laid-back city famous for its proximity to the beaches, and the border with Mexico. And with its great culinary scene (especially SoCal favorites such as tacos and other Mexican foods), chill atmosphere, amazing natural gorges, and great LGBTQ nightlife. Start here with my basic San Diego travel tips, or jump down below to read my latest Los Angeles travel blogs.

San Diego’s temperate climate means that it’s a great destination year-round. Lots of daily sunshine (excluding the morning June gloom during the summer months) and great weather during the winter make it especially perfect for beachgoers and sun-seekers.

San Diego is a big metropolitan city with plenty of things to see and do. With world-class culinary highlights, a SoCal lifestyle, and great tourist attractions. Check out some of my favorites here:

San Diego Zoo — Located in the heart of downtown San Diego, in the Balboa Park, the San Diego Zoo is probably the city’s most iconic tourist attraction. People travel from all over the world to visit this zoo because of its wide array of animals. Over 3,500 animals of more than 650 species and subspecies have their home at the San Diego Zoo, and up until recently, the zoo was even an important spot for the preservation and breeding of panda bears.

La Jolla Coves — A suburb of San Diego, La Jolla is a picturesque beach town with a lot of luxury shops. It sits along seaside cliffs where seals and sea lions lounge. There are even some coral reefs along the beaches, so it’s a great seaside city to be based if you’re planning to enjoy any water activities or sports such as kayaking, paragliding, snorkeling, or more.

Coronado Island — Just across the Big Bay from San Diego is Coronado Island, easily accessible via a long stretch of bridge which shoots through the sky. Another beach town, this one is a bit more chill with wide beaches of soft sand, and beach cafés, bars, and even a beachside taqueria serving great margaritas. Head to the iconic Hotel del Coronado (a luxury hotel) with its iconic architecture influenced by Oriental styles and a red-orange roof. The hotel is one of the largest wooden structures on the western coast and therefore serves as a historical landmark.

Search below for a variety of recommended San Diego tours. Whether it’s kayaking in La Jolla, paragliding at Black’s Beach (near La Jolla), or sightseeing in downtown San Diego, there’s a bit of something for everyone in this Southern California city.

Like most Californian cities, San Diego is a warm and welcoming destination with a relative long history of LGBTQ equality. The neighborhood of Hillcrest in downtown San Diego is home to most of the gay and lesbian nightlife, with a handful of bars, clubs, and shops. Here are a few highlights:

Hillcrest Pride Flag Monument — A large monument stands 65-feet in the air with a 12-foot by 18-foot rainbow flag flying in the wind right in the heart of San Diego’s gayborhood. A monument since 2012, the flagpole features four plaques and an informational stand explaining the LGBTQ rights movement and local leaders through history. The rainbow flag serves as an important and very visual monument to the local LGBTQ community.

InsideOUT — A restaurant and lounge that opened in 2018, the InsideOUT serves great food and delicious cocktails in a trendy setting. Part of an apartment building complex, the LGBTQ-owned lounge runs a number of events regularly, including an LGBTQ movie night. Chef MJ Testa updates the menu seasonally but incorporates Californian and Mediterranean inspired cuisine using fresh and local ingredients.

Hillcrest Brewing Company — A microbrewery in the Hillcrest (and part of the same group that owns a number of the LGBTQ establishments in San Diego), Hillcrest Brewing Company (or HBC) calls itself “the first gay brewery in the world.” LGBTQ-owned, the locally-produced drafts all have funny and eye-catching names—and, importantly—they’re actually really good! Wood-fired pizzas and a casual space with a big yard make it a great spot to hangout.

Because San Diego has a number of neighborhoods, and stretches from downtown San Diego along the Big Bay to more residential and picturesque areas along the coast (and neighboring Coronado Island), there are a number of options on choosing where to stay based on your goals while in town.

Bristol Hotel (Gaslamp District) — Part of the Greystone Hotel group, Bristol Hotel is located near the Gaslamp district in downtown San Diego, making it a great base for city explorers. Rooms are spacious and beautifully decorated in a modern contemporary design (as is the spacious ground floor lobby). View more photos & find deals for Bristol Hotel (San Diego) here.

Empress Hotel (La Jolla) — In La Jolla and just a short walk to the shore, Empress Hotel is a great place to stay for vacationeers looking for a beach holiday. With mini-fridges and microwaves in the room, it’s a convenient option for those looking to be close to the beach for an extended stay, and a lobby restaurant (Manhattan) serves top-quality steaks, seafood, and Italian specialities. View more photos & find special deals for Empress Hotel (La Jolla) here. 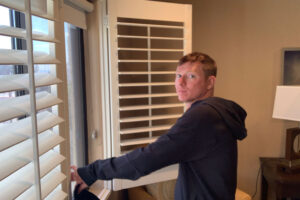 Travel Highlights from a Weekend on the Beach in La Jolla

A weekend in La Jolla is a great way to rest and reset while experiencing the beautiful wildlife & nature nearby, plus the luxury life of a seaside town with a lot of life 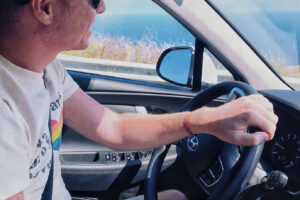 Check out my California road trip itinerary for my #GayRoadTrip through Southern California, from the gay nightlife of West Hollywood, down the Pacific Coast Highway, ending at San Diego Pride