Travel blogs, photos and stories from Cleveland, Ohio – Cleveland Rocks! Home to the Rock & Roll Hall of Fame and other great tourist sites 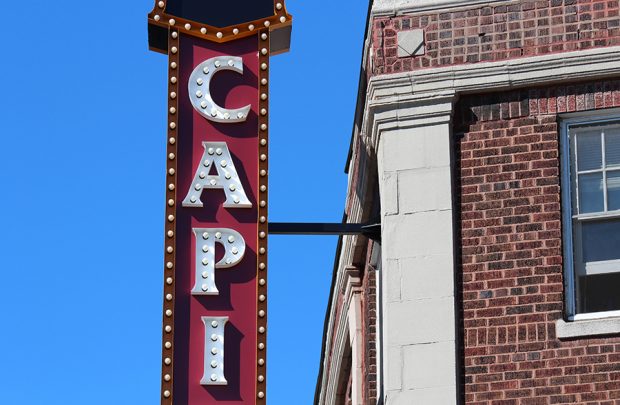 Exploring the Ohio City, Tremont and Gordon Square neighborhoods, I quickly realized there was a lot more to the city than just the famous Rock and Roll Museum. Cleveland is a particularly good city to visit for fans of food, beer and typical Americana. Start here with my basic Cleveland travel tips, or jump down below to read my latest Cleveland travel blogs.

Weather-wise, the best time of year to visit Cleveland is between April and October as this is when it’s nicest out. Of course, June, July and August are the very warmest months (and usually therefor the busiest), but spring and fall are also nice times to explore. Given that it’s a big city with lots going on, also coming during winter time is fine, as there’s always something cool happening in Cleveland.

Check out the Rock and Roll Museum – This is located, fittingly at the end of Rock & Roll Boulevard. Because the museum famously inducts musicians (and other notable industry rockers), I think there’s this assumption that the museum caters to an older crowd, but it isn’t just for hard-core Deadheads. If you’ve ever believed in the power of song, the political movements from the past 65 years or had a fleeting interest in the radio, then the Rock and Roll Museum will prove to be not only enlightening and interesting, but fun and informative.

Hang out at the Prosperity Social Club – It’s not a real social club in the historical sense, but definitely evokes the same kind of atmosphere. With a tastefully kitsch design (there’s an arcade bowling machine!) and a retro style throughout, it was the perfect ambiance for a casual, unpretentious dinner. While sitting outside in the backyard beer garden, I sampled several of their appetizers—from pierogi to empanadas—and washed it all down with a few craft beers.

Explore hipster Tremont – With farmers markets, art fairs and ethnic restaurants, Tremont is definitely the hip place to be these days in Cleveland. I walked around on a brisk, cool summer evening taking some photos and seeing what the neighborhood had to offer.

The buildings were pretty (many have been restored in recent years) and the atmosphere was cozy. Plenty of art galleries and artist studios are on the streets around Lincoln Park, and for those especially ambitious tourists and movie fans, the famous Christmas Story house is located in Tremont.

Consider taking a tour while you’re in Cleveland as it’ll save you time and money and get you to parts of the city you might otherwise overlook, plus you’ll have invaluable knowledge from a local guide!

These are a few of the best things you should know about visiting gay Cleveland.

Twist – With a fantastic environment and a diverse crowd, this is a great place to come for drinks with friends. Music isn’t so loud that you have to shout, and the tracks they play don’t just stick to the classic chart toppers of the moment. There may be an impromptu dance floor, but this is primarily a bar, not a club.

Flex – A hotel, gym and sauna all in one, this location housed in the former Art Deco Greyhound bus station is centrally located and has a ton of great facilities. The gym is fully equipped, the sauna is clean and well appointed, and the whole thing is run with friendly service.

Cleveland has plenty of cool and quirky hotels, as well as all the big chains you’d expect. They’ll likely get full when there’s a conference or special event in town, so definitely consider booking in advance.

The Cleveland Art Museum: a surprising discovery in the Midwest

Read More about The Cleveland Art Museum: a surprising discovery in the Midwest

Modern style in an historic Cleveland hotel: the Tudor Arms

A review of the Tudor Arms hotel in Cleveland. Located between the Cleveland Clinic and University Circle, the location can’t be beat! Friendly staff, too.

Read More about Modern style in an historic Cleveland hotel: the Tudor Arms

The Rock & Roll Museum (and Hall of Fame) in Cleveland, Ohio is one of the coolest museums for any fan of music—young or old.