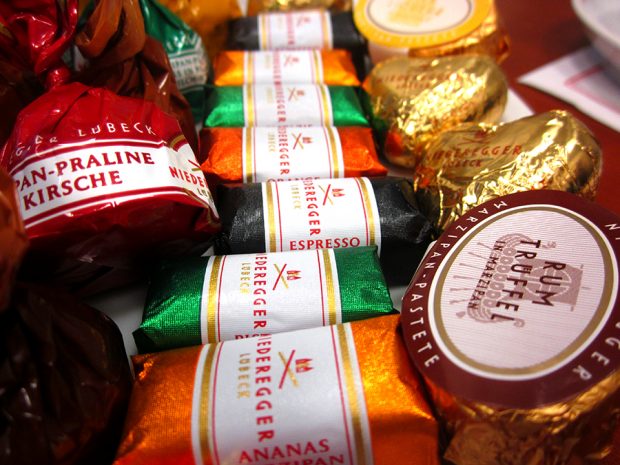 Since living in Germany I’ve learned more than a handful of new German words. I arrived knowing “gesundheit” and “kindergarten” but something else I’ve added to my lexicon: marzipan.

Marzipan isn’t completely a foreign thing to Americans, but it’s not something I was very familiar with until I visited Lübeck, Germany back in December. The city of Lübeck is actually listed as a UNESCO World Heritage Site, but I was in town (courtesy of German Sweets) to visit the Niederegger chocolate factory. Niederegger is famous for making marzipan-filled chocolate candies. I was lucky enough to have a private tour of the Niederegger factory where they produce the almond paste.

But what exactly is marzipan?

Besides being a tasty filling for chocolate candy, Marzipan is a creamy mixture of almonds and sugar made into a very sweet paste. If you’re looking for Niederegger’s family recipe for Marzipan, no luck here. They keep that under some serious wraps. But the most they would tell me is their secret ingredient is similar to rosewater. Marzipan’s secret, however, lies in the almonds. 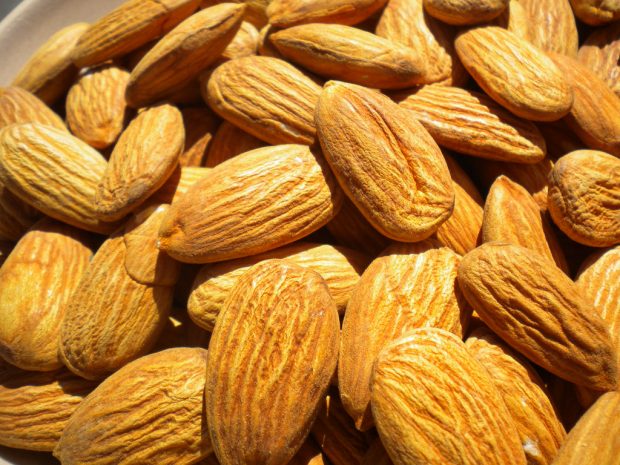 The marzipan that Niederegger produces each year (over 300 chocolate-coated marzipan varieties!) ranges from heart-shaped sweets to pig-shaped candies. They even make specialty marzipan cakes! Or, if you’re a total marzipan nut, they’ve got life-size figures. No joke. (Though I don’t think they were for sale….but I’m sure they’d make one for you with their made-to-order business.) 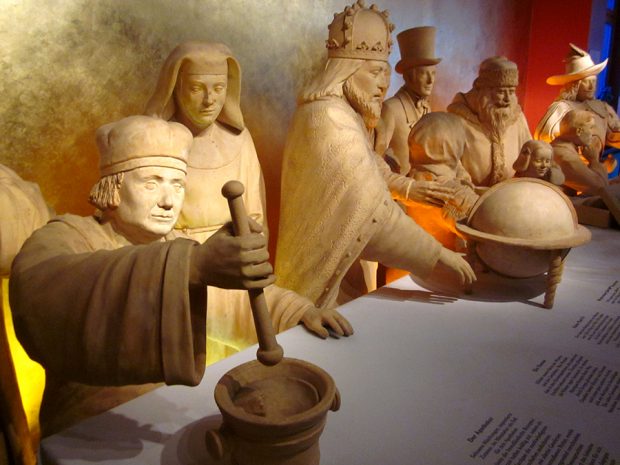 Where does marzipan come from?

Niederegger has a nice story to tell about marzipan almond paste originating from Lübeck in the 15th century during a famine, but the sweet confection actually originates in the Orient. Marzipan was introduced to Germany and Europe by the Crusaders and was even used as a medicine up through the 18th century.

Marzipan was a luxury during most of its history thanks to the high price of sugar. However, with the discovery of sugar production through beets (read about my visit to Berlin’s sugar museum documenting this important historical discovery), sugar finally became affordable in Germany toward the end of the 19th century. And from then on, marzipan caught on as a sweet and tasty dessert.

Niederegger has been making marzipan since 1806. That’s a whole lotta marzipan. They use Mediterranean almonds and have served Russian tsars and Viennese courts. Their Marzipan has been made into everything from liqueurs to cakes.

If you’re looking for some chocolate for Easter, try some marzipan! Niederegger can be found for sale in the States so keep your eyes open—and your belly empty. Be prepared for a sweetness explosion!

Are you a marzipan fanatic??? How sweet do you like your candy?

My trip to the Niederegger chocolate marzipan factory was in partnership with German Sweets.