If you’ve been following along as I’ve been planning my imminent Big Trip, you’ll no doubt realize that the Internet has historically been my first (and most important) stop while trip planning. It’s been that way for a while now.

In the Spring of ’07, when I first got the idea in my head to go to Bonnaroo, I started reading blogs and forums of past & present festival-goers. Though I didn’t end up going to Bonnaroo that year (my first “real-life” job got in the way), it was a good first step in planning a festival trip.

I was never very good at being a dirty hippie and Bonnaroo was a bit of a stretch for me, but I so wanted to get the experience and catch all the bands. Reading blogs about Bonnaroo, though, led me to believe you’d need to bring all sorts of crazy things in order to survive. This was my original packing list based on the absurd things I read: 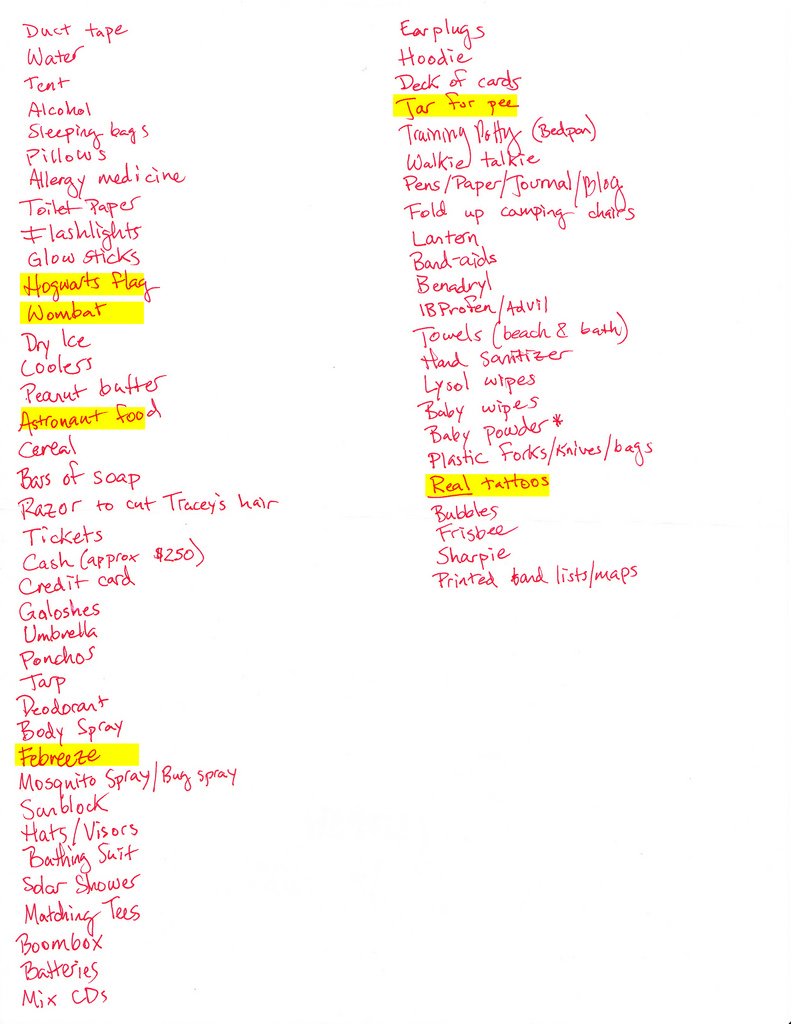 You’ll probably notice Mr. Wombat made the list; right above dry ice which I thought I would need for some reason. Along with walkie-talkies.

When I did end up going to Bonnaroo in 2008, I didn’t end up bringing nearly as much stuff as is on this list. Some of the highlights of what I did actually bring:

Moral of the story: It doesn’t matter what’s on your packing list. It’ll change before you leave, and then again once you’re on the road.