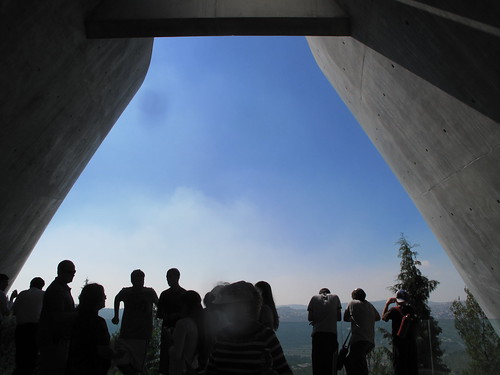 Yad Vashem is a small campus of buildings located in the Jerusalem Forest. The museum was created for the commemoration, research and documentation of the Holocaust (or Shoah in Hebrew). The Holocaust Martyrs’ and Heroes’ Remembrance Authority (responsible for Yad Vashem) was established by the State of Israel in 1953 and today, the Jerusalem Holocaust museum is open to the public for free.

When you enter the Israel Holocaust museum grounds, the first building is the Holocaust History Museum. The many galleries in here feature video testimonies from survivors, as well as artifacts, photographs, documents & videos. The History Museum also houses the Hall of Names which seeks to collect the names and personal details of the six million Jewish victims from the Holocaust. The galleries and videos in the History Museum are all in English and Hebrew. There is also an audio guide which can be used, though many tour groups also offer guided tours through the museum.

While the Holocaust History Museum is the main attraction of Yad Vashem there is also a Museum of Holocaust Art, rotating exhibitions, a learning center, synagogue, archives & library. Some of the other more interesting areas of the Yad Vashem Holocaust museum & memorial worth visiting are listed below. 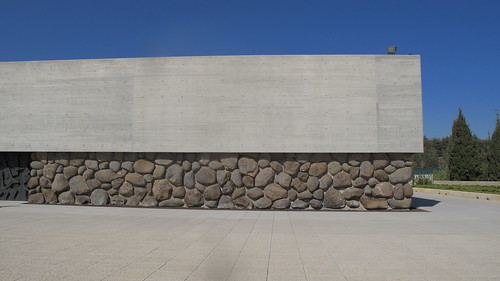 The Hall of Remembrance houses an eternal flame commemorating the victims of the Holocaust. A crypt near the flame contains the ashes of Holocaust victims brought to Israel from some of the extermination camps. The names of 22 different Nazi concentration camps are also written on the ground.

The Holocaust Children’s Memorial is underground. You walk through a dark hallway while the names, ages & countries of murdered children are read aloud. It’s strangely terrifying and you can barely see your way through the memorial. Approximately 1.5 million Jewish children were killed during the Holocaust.

Garden of the Righteous Among the Nations 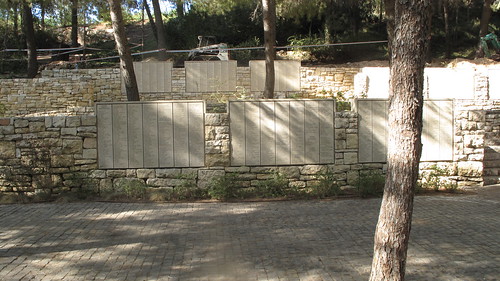 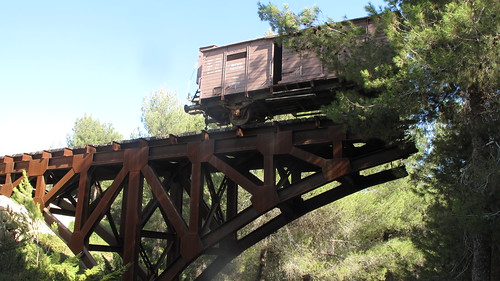 An original German cattle-car stands on a suspended railway track that ends abruptly in the air. The Cattle Car Memorial commemorates the millions of Jews who were transported to concentration camps during the Holocaust. On a wall nearby is an emotional testimony of a survivor.