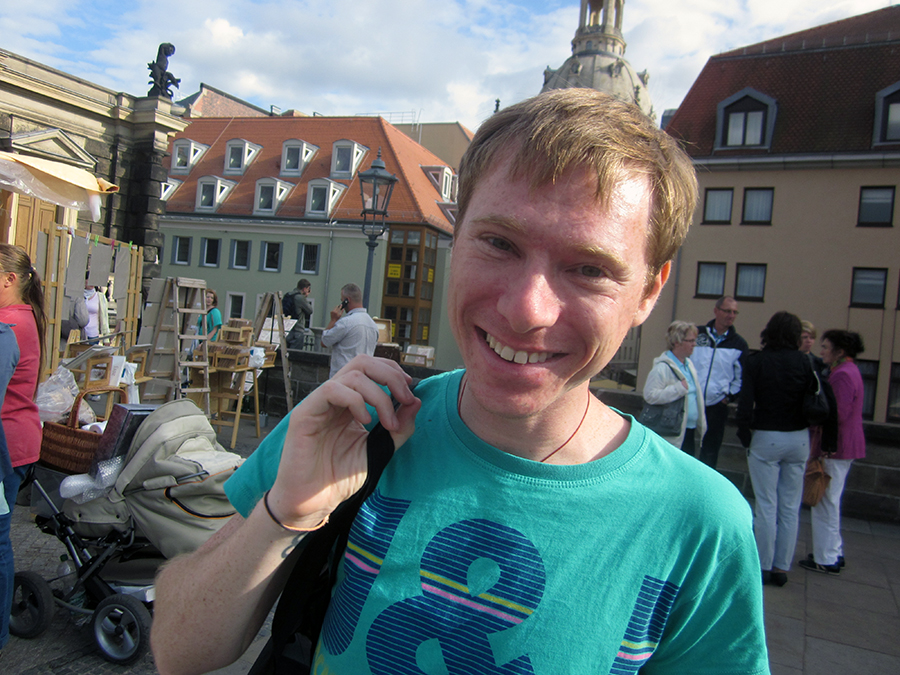 Decided on nearly a whim to visit Dresden the other weekend. It was a short visit, going down Saturday morning and returning Sunday afternoon. We stayed at a deserted hotel just near what was obviously the Dresdenites’ attempt at hipsterism: Louisenstrasse in Neustadt.

Dresden’s old town is without a doubt very beautiful. On a warm summer day, my friends and I were able to enjoy walking around the city. Most of the major sites and attractions can be covered pretty quickly. That’s probably why Lonely Planet and other travel guides point out the city as just a stopover between Berlin and Prague. 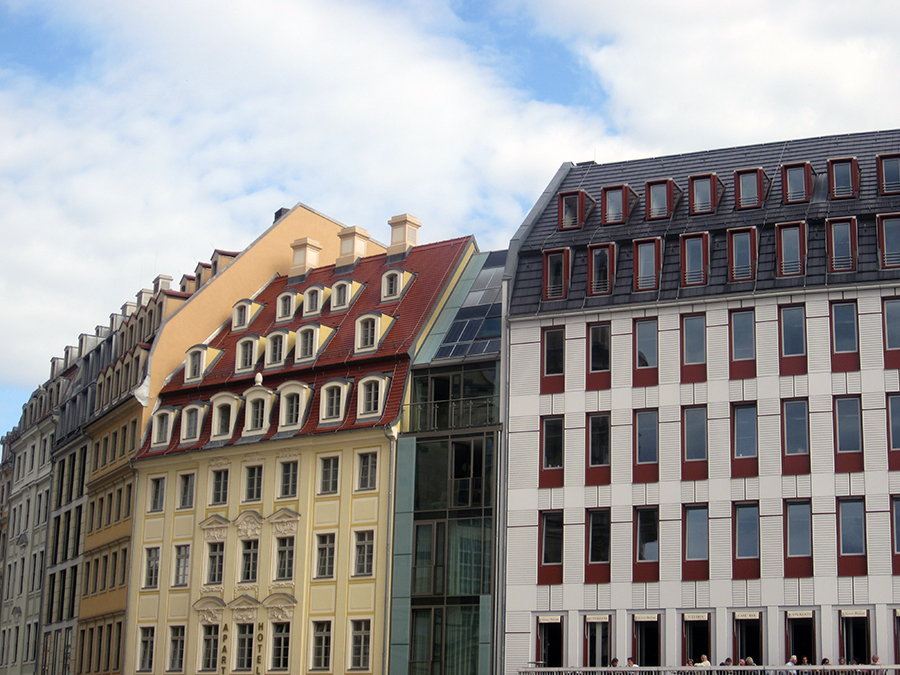 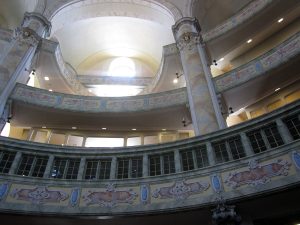 Dresden was bombed so profusely by the Allies in WWII that much of the city’s historical center had to be rebuilt after the war. The city’s church, Frauenkirche, was rebuilt in the 21st century as a symbol of reconciliation for warring countries such as those in WWII. The bombing of Dresden killed thousands (possibly hundreds of thousands) of civilians during just three days of Allied attacks, though the bombing is often forgotten about. What’s so surprising about that little fact isn’t the amount of people who died, but rather that so few people today know much about the bombing at all. That was, arguably, Kurt Vonnegut‘s point for writing Slaughterhouse-Five. Vonnegut described the bombing as “meaningless.”

Regardless of history, Dresden today is very pretty. Maybe not as pretty as a Prague or a Budapest, but like so many of the cities along the Danube (??), it’s a stunning example of Eastern European architecture and grandeur. 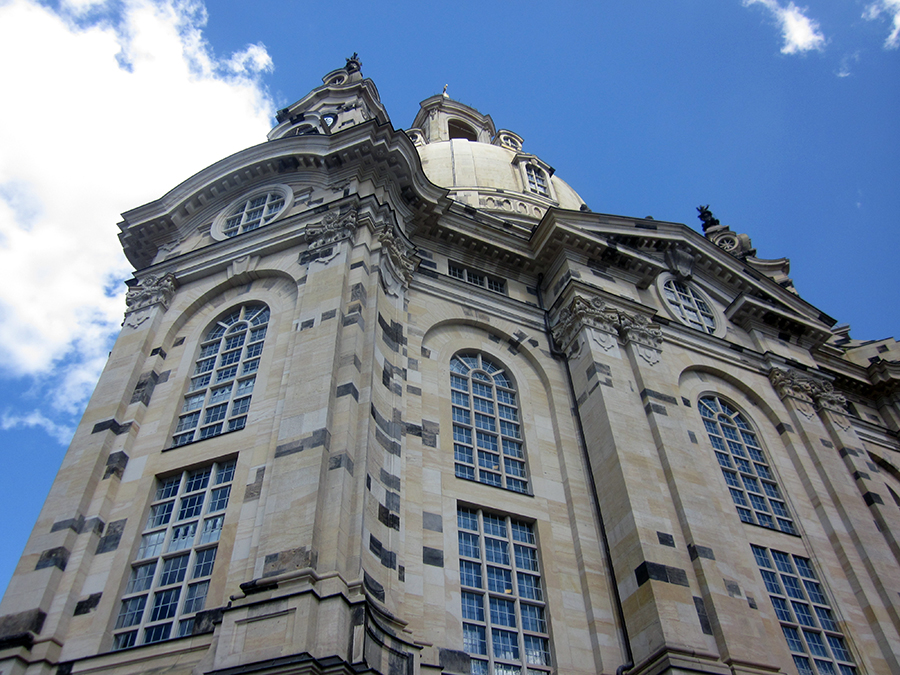 Oh, and if you’re looking for where all the cool kids hang out at night, definitely try the clubs and bars on or around Louisenstrasse. In the summer months, plenty of hipsters and 20-somethings milling about. Also along the sprawling green valley along the river. There you’ll find movies and concerts playing in summer afternoons and evenings. 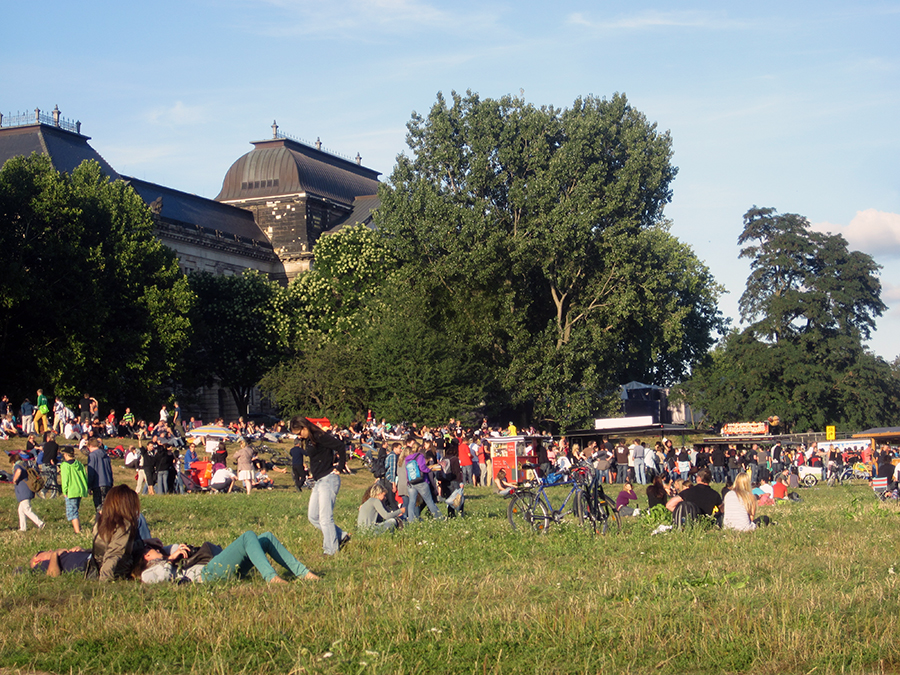 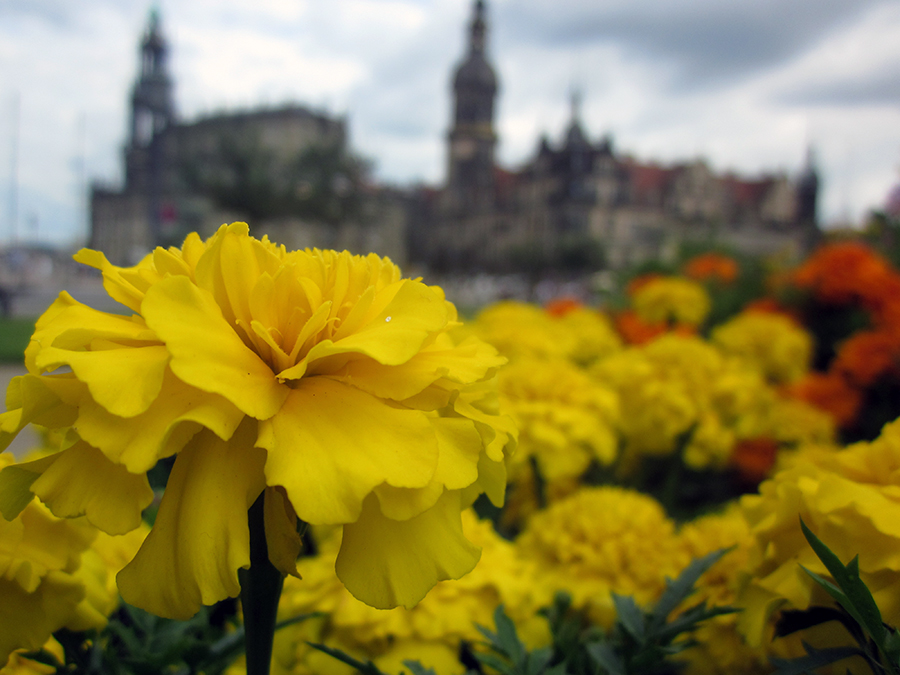 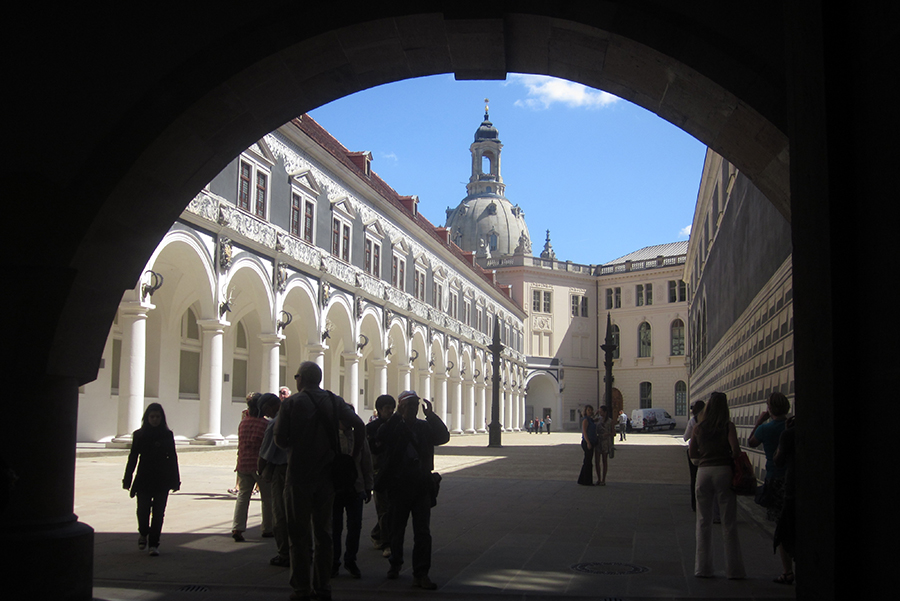