We agreed to visit it together, maybe because we were too ashamed to visit it alone. I was with my friend and colleague Nicole, a food tour guide. We walked into a mostly empty café. There was a couple ordering from the cashier in the back, and a woman browsing a makeshift bookstand in the corner. From the outside, a large window offered an opportunity to peek inside before we entered. Yep, this was the place. It was obvious it was that infamous Cereal Killer Café. The walls were lined with cereal boxes. Primary colors and cartoon characters, bubble typography and bright boxes.

This is the café made famous by an anti-gentrification protest a few weeks back. Demonstrators from the group Class War stood outside the café during business hours, wearing masks, wielding torches and rallying against the gentrification of Brick Lane.

Brick Lane is a mixture of what I love about cities: trendy shops, cheap places to eat, Indian restaurants, history, diversity, crowded sidewalks. Every Sunday, the street comes alive with a market unlike any I’ve seen elsewhere around the world. It’s easy to get lost in the smells of food—from Mexico, Japan, Germany—from everywhere. The neighborhood bursts with the sounds of a hundred different languages, different accents, colors, voices…

Even without the market, Brick Lane looks and feels like another place—something foreign and special, separate from other London neighborhoods. Graffiti covers the walls and many of the storefronts. On any given day, you may even spot street artists putting up new works in broad daylight. The graffiti themes vary—everything from “art for art’s sake” to ones with political statements. Both local and international street artists come to London’s East End, and to Brick Lane especially, to leave a mark. The environment is regularly changing. And despite that, it somehow still retains its special character.

While Brick Lane has kept a lot of its independent spirit, and while there are still many independent shops, I understand how others find the changes disconcerting. A place that’s been so special for so long for so many different groups is bound to create trouble. Change is never easy. But really, the spirit of Brick Lane lives on. And even if Pret a Manger, a commercialized chain, now has a shop at the top of Brick Lane, in large part, the street is the same as it always has been. Maybe the shops have changed, maybe there are more cafés than there once were, more pop-up food trucks and trendy restaurants. But if that independent spirit is still there, that ethos which has defined the East End neighborhood for so long. If it’s still strong and alive, just with newer faces—who’s really to argue?

The Cereal Killer Café is new. But it’s independent. It’s different. It’s unusual. Maybe it’s not your cup of tea (or cereal), but hey—it’s cool and it’s doing something special, something unique. My friends have tried to argue against the idea of a restaurant/café that sells just cereal. But after visiting for a late breakfast in October, I can say that what the Cereal Killer Café offers isn’t just a bowl of cereal. It’s so much more. Over 120 different cereal brands to choose from—ones you can’t find anywhere else. Over 8 varieties of milks, including almond milk and more than a few soy milk options. And then there are the cereal cocktails—unique recipes of different cereals, fruits, nuts and milks combined for a more special breakfast. And in all honesty, the prices really aren’t that bad. It’s not much more than buying anything else that you can always get cheaper at a grocery store.

Sure, you could have cereal at home. But what the Cereal Killer Café accomplishes is something different and new. They’ve taken a concept and created a business around it. You can also have coffee at home, but just take a look at all those coffee shops and cafés on every corner. Not just the Starbucks and other coffee chains, but all those independent shops. They’re doing something new with something old, offering a lifestyle around something as simple as coffee.

For better or worse, my generation has had to find more creative ways than ever to make a living. With crushing debts, disappointing future prospects and a worldwide change in the way societies live, work and progress, we’ve created new technologies, new apps, and even, yes, new kinds of brick-and-mortar businesses. Let’s not fault those that are doing something new for the negative societal changes in our world. Instead, let’s celebrate change. Let’s celebrate creativity. Let’s celebrate cereal. 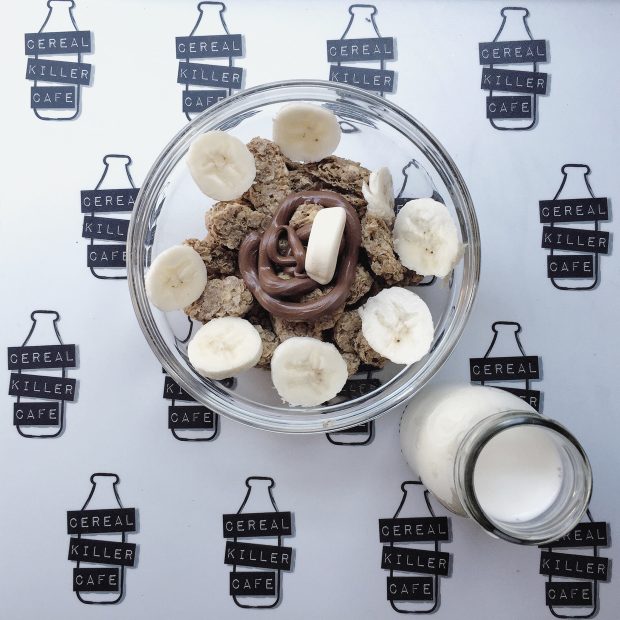 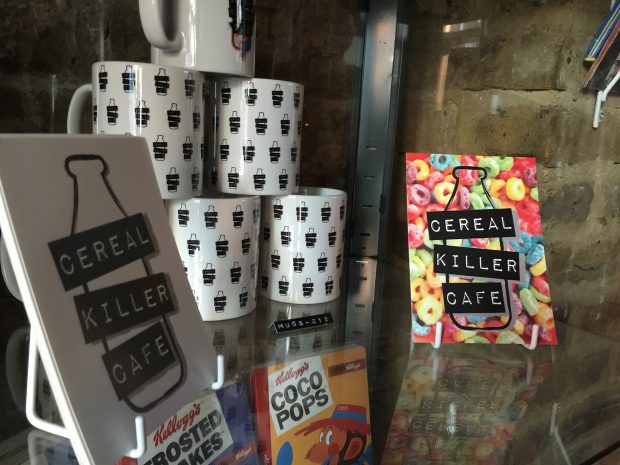 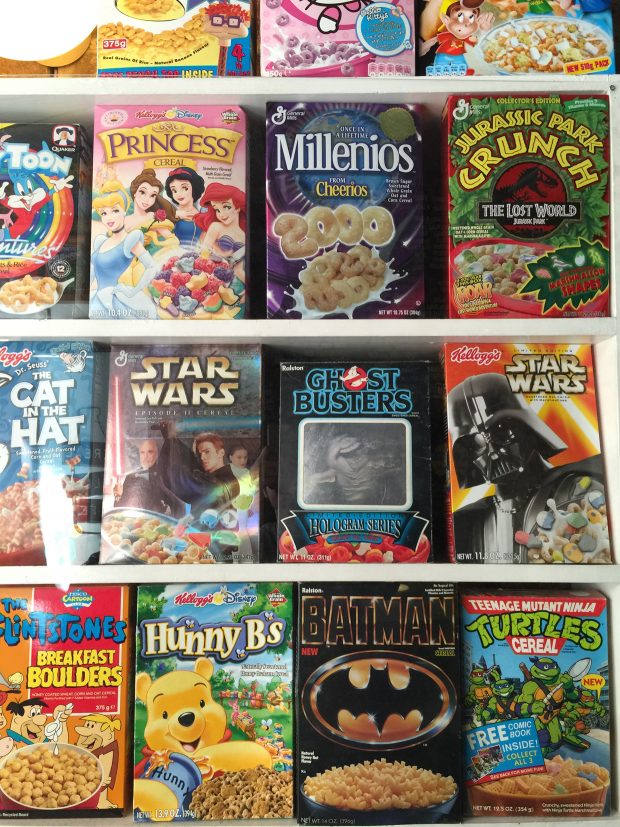 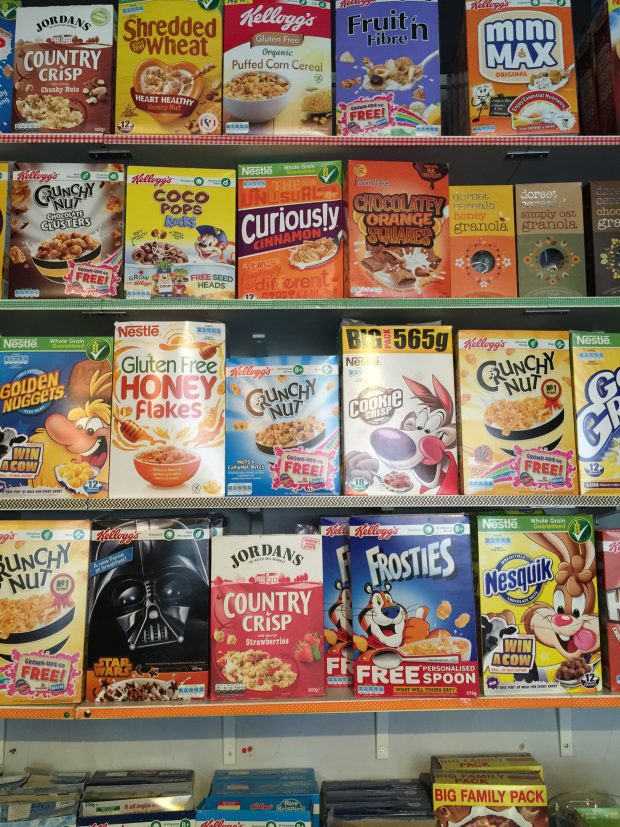 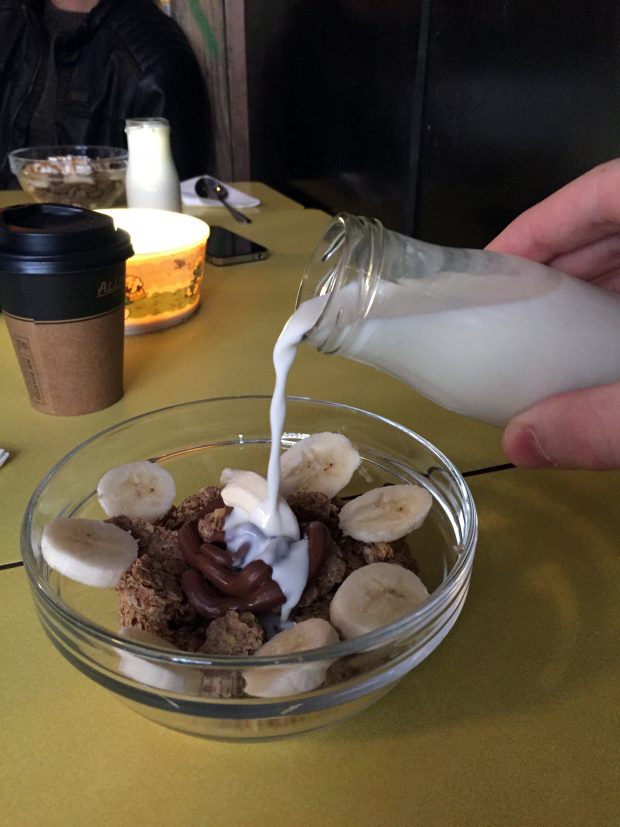