The Wonderful (and Weird) World of Yayoi Kusama

In my earlier post about the art and museums of Copenhagen (and Malmö), I mentioned the Louisiana Museum—a museum located just about a half hour north of Copenhagen. The museum currently has an exhibition on, In Infinity, featuring the works of Yayoi Kusama—a Japanese artist who revolutionized visual and performance art.

Her works span decades, from when she was living in New York City through the 1960s, rubbing shoulders with Andy Warhol and co. It was there that she staged “happenings” with naked groups of men and women in public places while painting brightly colored polka dots on their bodies. Her work, it would seem, has often been inspired by social movements, from feminism to the sexual liberation of the 1960s. In 1968 she even hosted an art event, called the “Homosexual Wedding at the Church of Self-Obliteration.”

Kusama’s works hold a strong place in history, not just as abstract art but as a point of counter-culture to our society. As I was walking through the exhibition at the Louisiana Museum, I found myself engrossed in every word, every description of her works. While exploring her world through her art, it seemed she had built something special out of our world. From watching the evolution of the polka dot in her work to learning about how she successfully made in-room art installations a part of contemporary art today. Several or her room installations feature mirrors, making them appear to go on forever, filled with colors and movement—but simultaneously still. Stepping inside, it felt as if I was in a living dream. A feeling I’m not sure I’ve ever felt before. 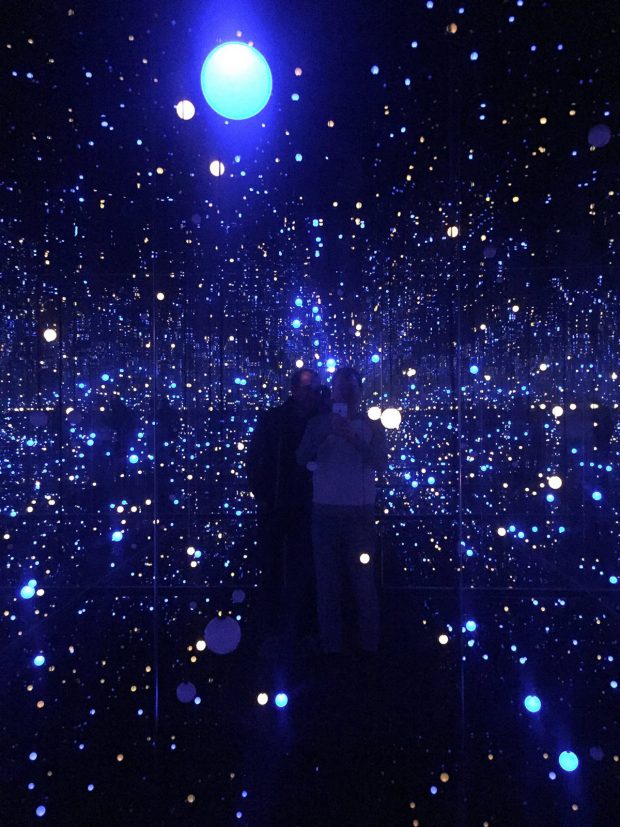 I was almost sad while walking through her world. There was a strangeness to her art, but also a familiarity. Popular motifs in her work include pumpkins, polka dots and color. So many colors. Her works haven’t been without controversy, though. In a famous stunt at the 1966 Venice Biennale she created a garden of mirrored spheres, called the Narcissus Garden, and then sold the balls to passersby until the organizers shut her down.

Today, Yayoi Kusama is based in Tokyo, having checked herself into a hospital. But she’s still producing work, including a series of new installations made especially for this traveling exhibition. In Infinity is on now at the Louisiana Museum until January 24, 2016 and then traveling to Henie Onstad Kunstcenter in Oslo, Norway, Moderna Museet/ArkDes in Stockholm, Sweden and HAM – Helsinki Art Museum in Finland. The Scandinavian tour is supported by Japan Foundation.

Read more about the exhibition here. 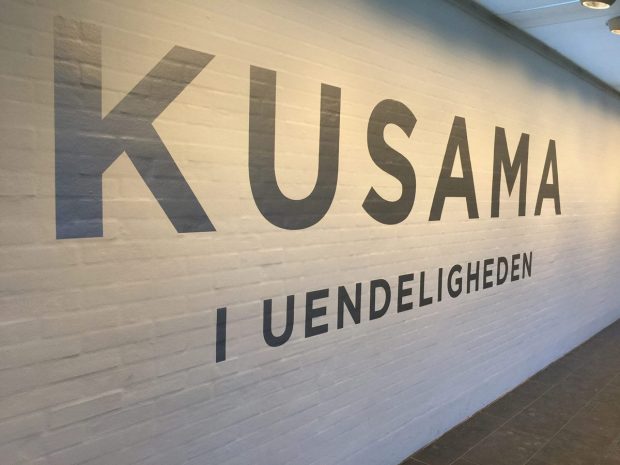 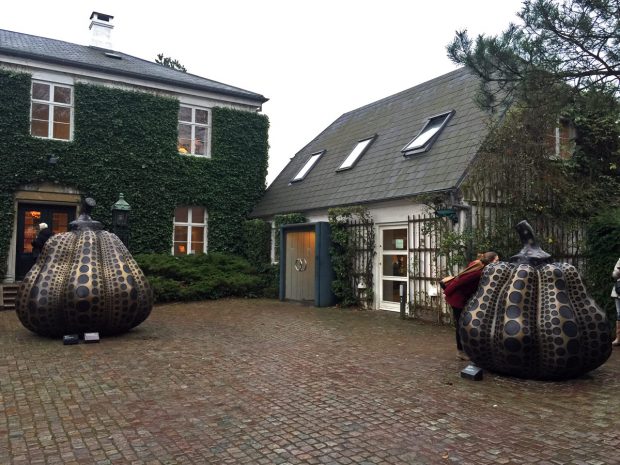 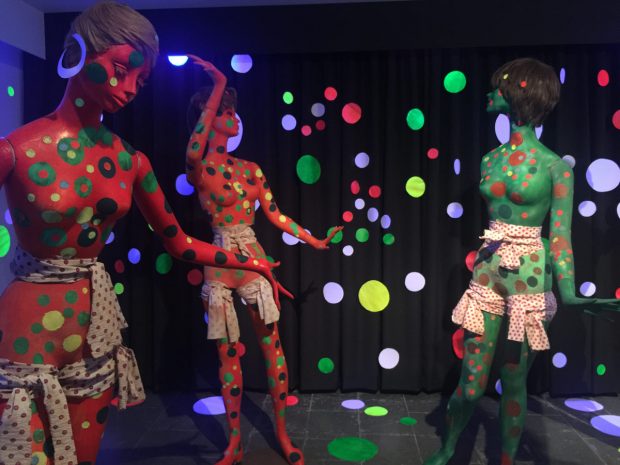 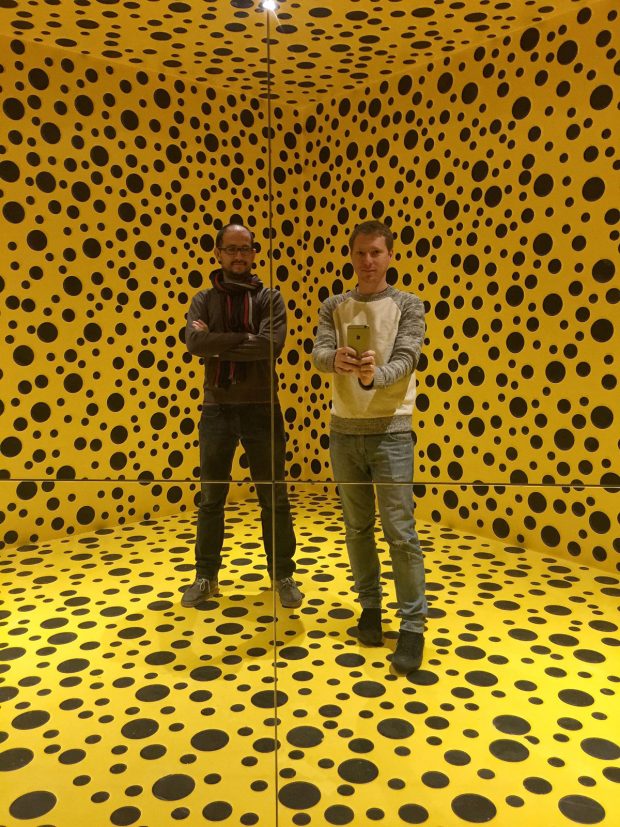 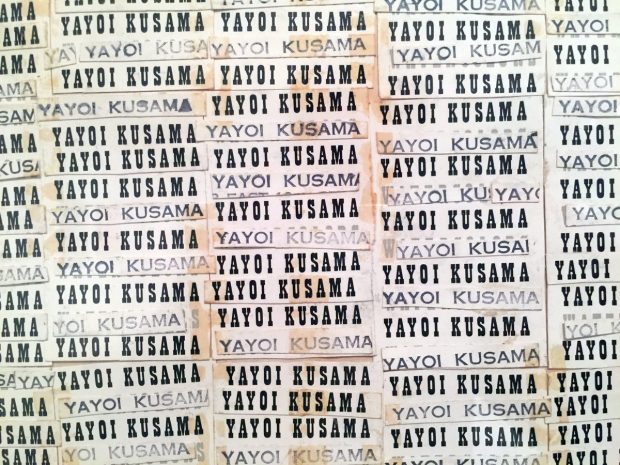 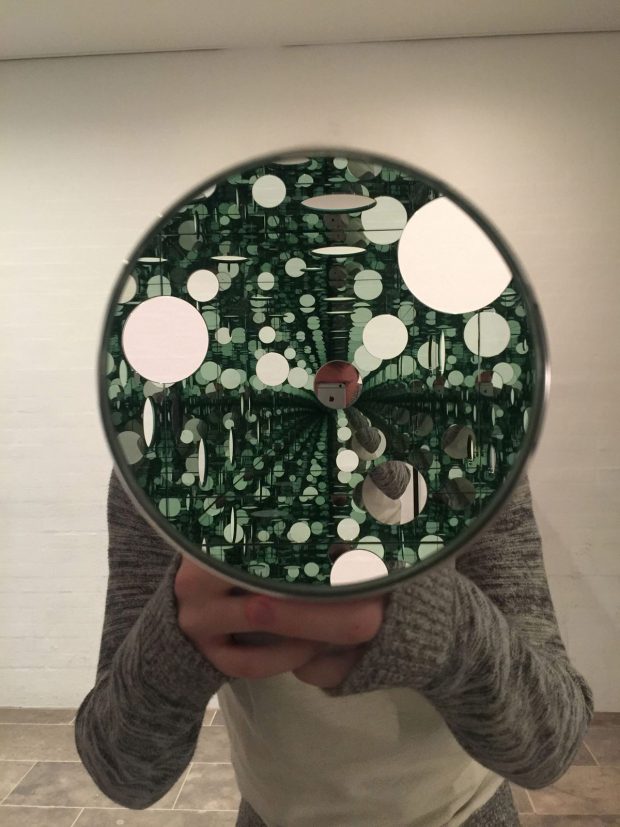 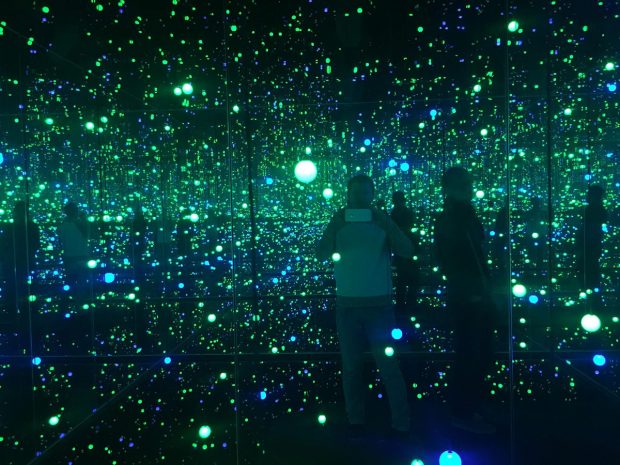 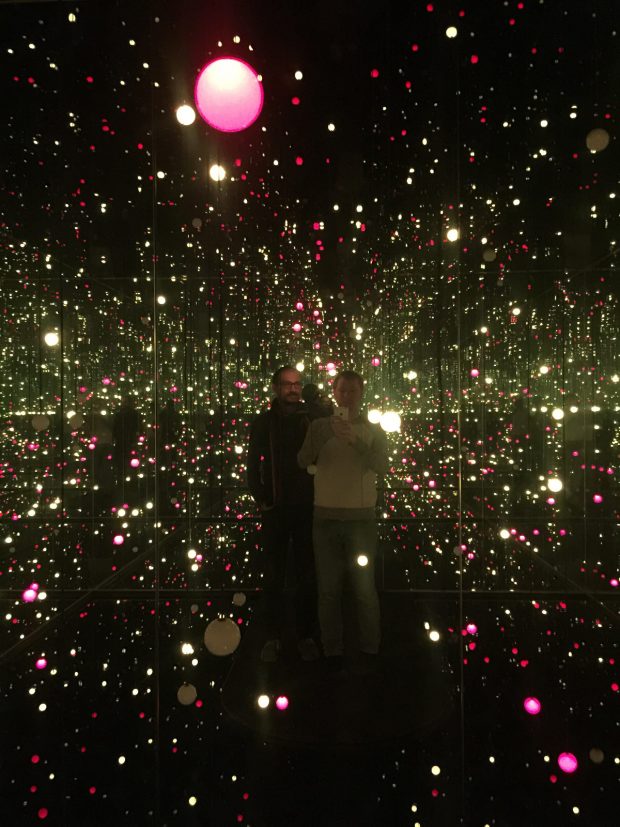 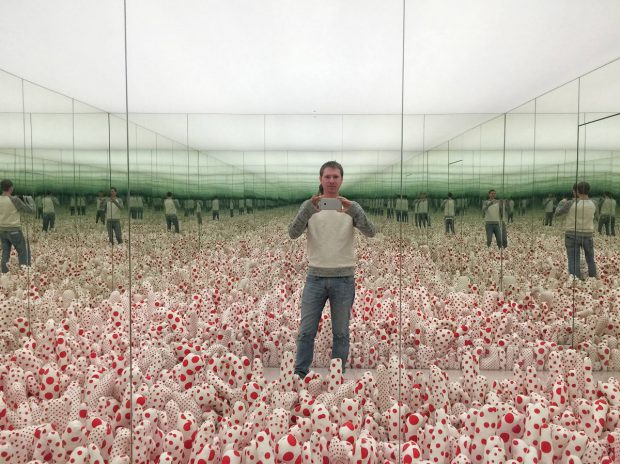 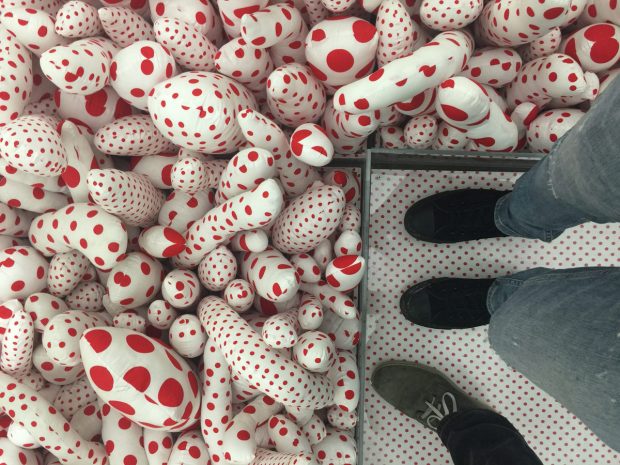 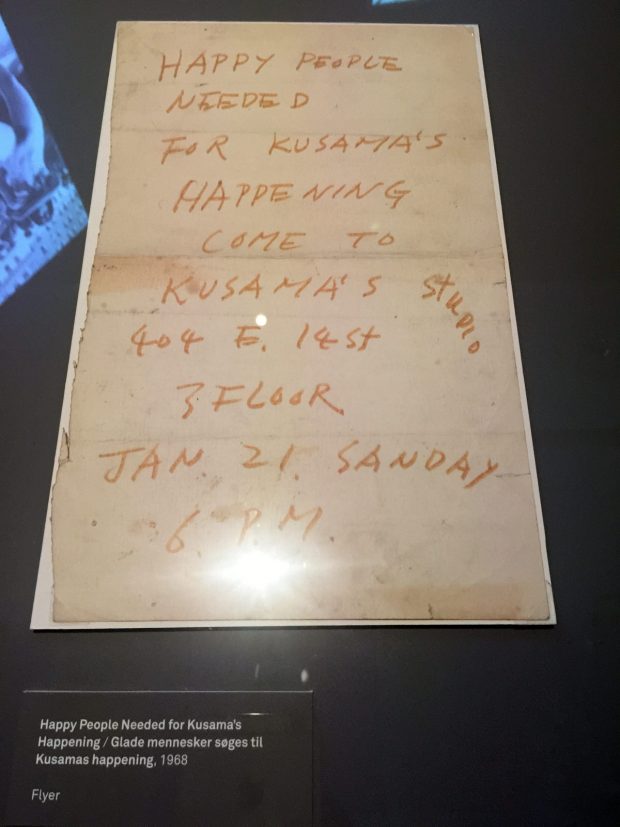 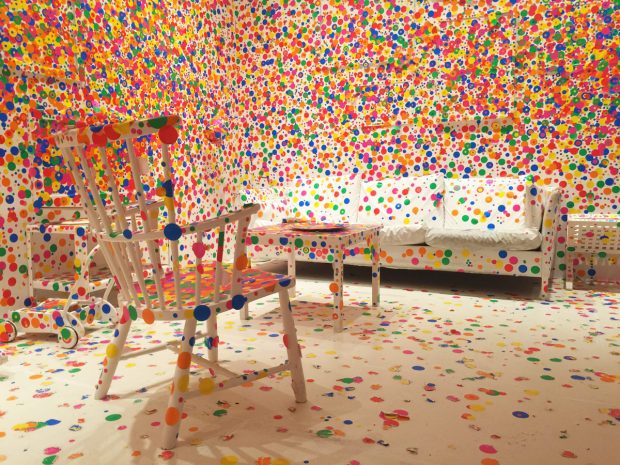 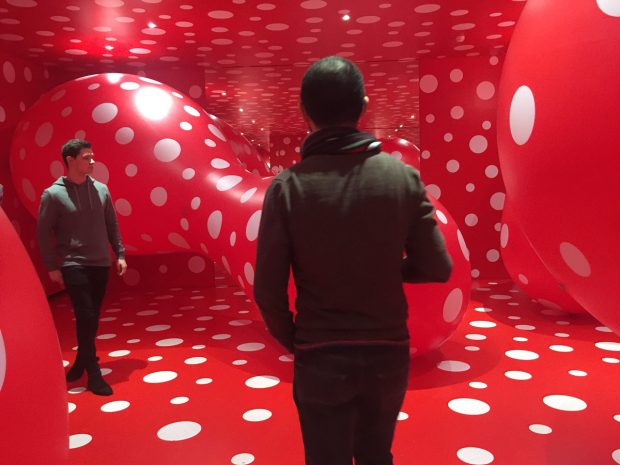 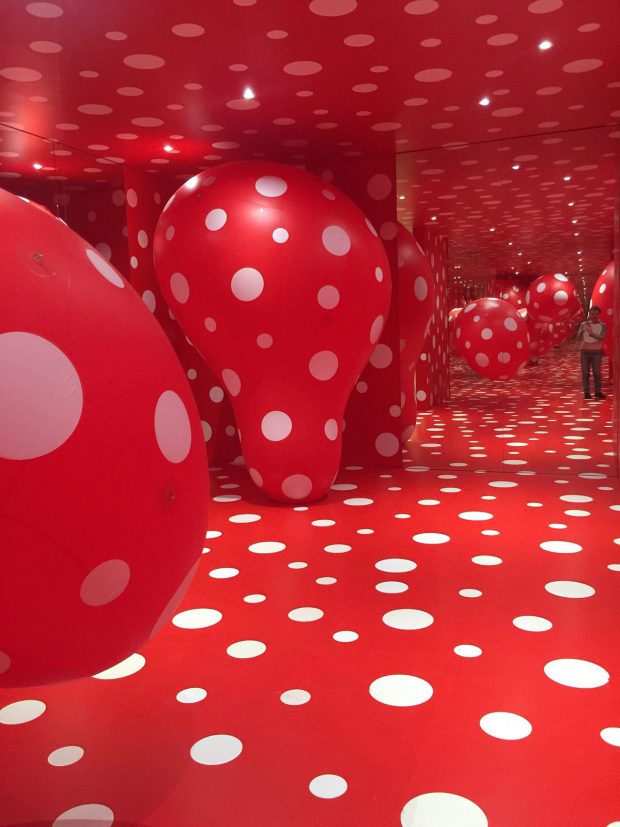