Berlin has a reputation for being “poor, but sexy,” and there’s a reason for that. It’s a city full of cheap thrills and easy nights. Beer is often cheaper than bottled water—and sometimes cheaper than tap water!—and art is available just about anywhere. Here are five things to do in the City of Affordable Hedonism. 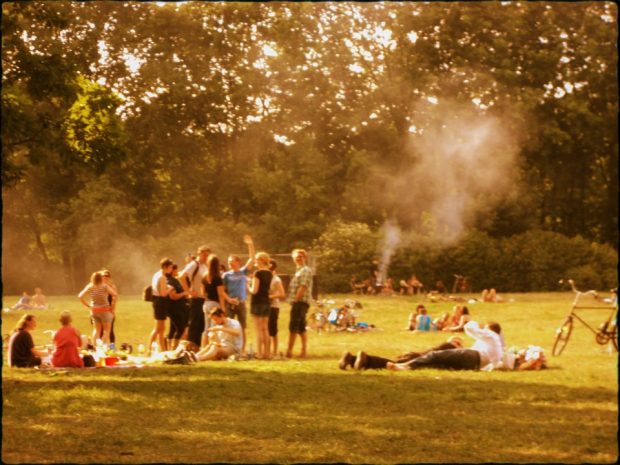 Berlin may not have the best weather; but if and when the sun comes out, the locals are sure to be outside. And, with beer prices so low and a culture of cheap street foods, it’s rather easy to put together a spontaneous barbecue in one of Berlin’s many parks. Head to Templehof — the site of the former airport — now converted into a vast (and flat!) green space. There are designated areas for BBQ grilling, or else a wonderful, little Korean street food stall at the northeast corner great for takeaways.

Other parks popular for barbecues include Volkspark Friedrichshain (with beach volleyball courts and an outdoor cinema every summer), Görlitzer Park (with abandoned-train-station-turned-hipster bar Das Edelweiss), or Prüssen Park in the west, which is the weekend home to a street food Thai market every summer.

Read more: My Favorite Summer Parks in Berlin (Besides Templehof)

2. Drink on a bridge

Hey, when the weather’s good and the sky is blue, why would you want to be cooped up inside? In Berlin, where the parks are nice but not that nice — where are the flower gardens and prim, green lawns?? — you might as well hang out on a bridge. Sunset is obviously the best time to do it, but if you’re looking for somewhere to scope out guys and gals, the bridges are where it’s at. Head over to the Maybachufer canals in Kreuzberg, bring a takeaway beer and maybe a pizza slice, and just enjoy the views.

Read more: Where to Stay in Berlin (Berlin’s Best Neighborhoods) 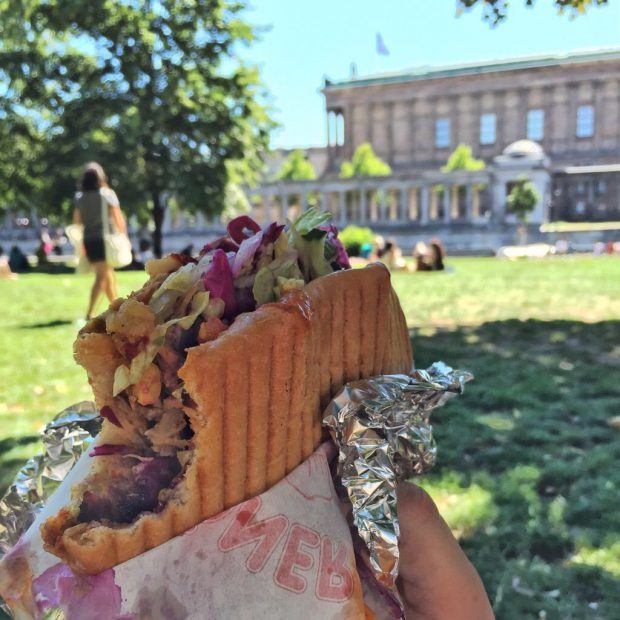 Street food is one of the easiest things to come by in Berlin. And with a city full of starving-artist types, you won’t go hungry…unless you have a problem with grease. Because, though the food is cheap, it’s often greasy! But that’s good, because it makes a perfect snack after your bridge-drinking. Döner kebab is the street food king, with Mustafa’s Imbiss drawing the largest crowds. Sausage is also pretty easy to come by in Germany — who would’ve guessed? — and currywurst is readily available throughout the city. Look for “Imbiss” (snack) stands to find the cheapest (and greasiest) street foods.

What makes Berlin such a cool city? Besides the cheap rent, the greasy food, and the free-spirited culture that drives the city’s festivals and events, Berlin is full of people trying to “make it” in the world. Artists, entrepreneurs, etc. — you name it and you’ll find that type of person in town. And most likely, they’ll have a gallery or a show space and will be more than happy to brag about their awesomeness to strangers. Potsdamer Strasse is home to countless galleries, often changing ownership and names, but you can’t miss them. They’ll be the places with obnoxiously large windows and (sometimes) weird art on the whitewashed walls. 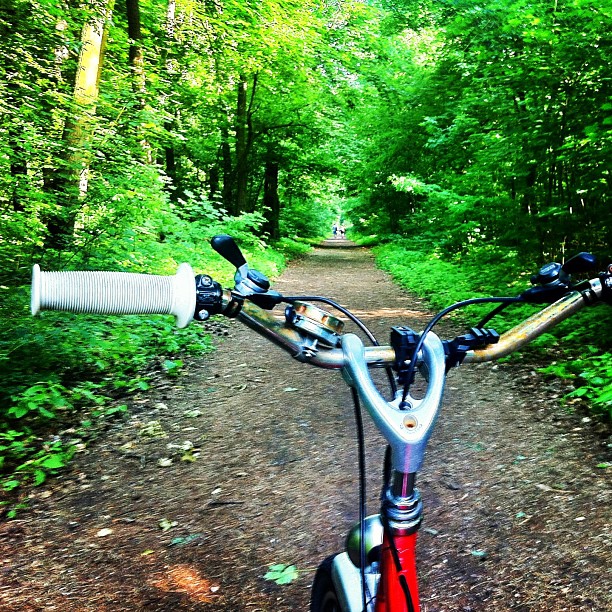 Berliners like to be out and about, and bikes are the only way to go. You can rent ’em for usually under 10€, but if your budget is really straining, some kind souls in the city will offer up their wheels for a day or two. Or you can always steal one. (Please don’t steal one.) 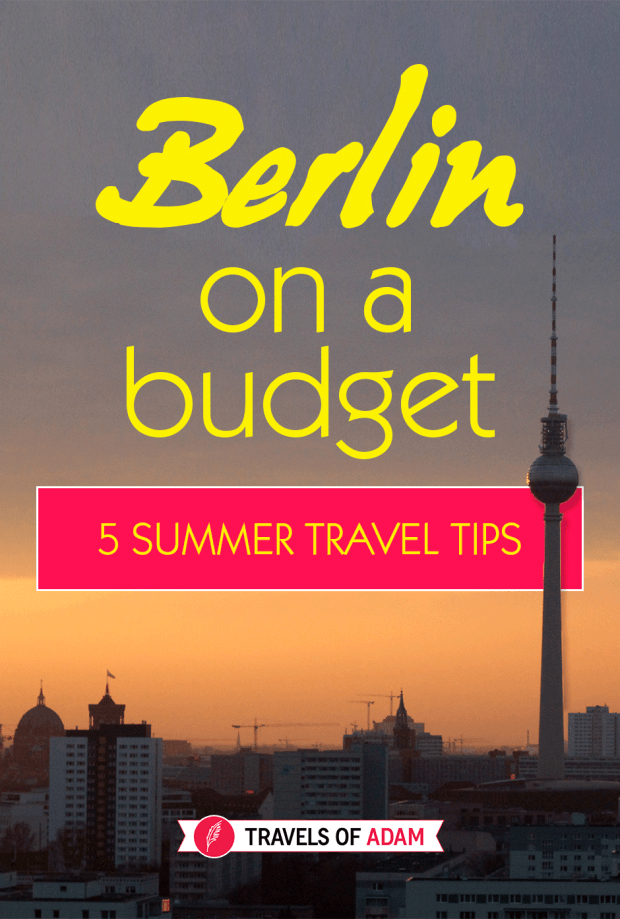