Probably the coolest neighborhood in all of Berlin, Kreuzberg is where everyone wants to be, and where all the quintessential Berlin experiences are to be found: cool street art, food from all over the world, gritty clubs and the best city parks. Start here with my basic Kreuzberg travel tips, or jump down below to read my latest Kreuzberg travel blogs.

Berliners say that to deserve the summer, you have to stay through the winter, which can be long indeed! Berlin summers can be glorious, with long nights, perfect weather to sit outside in the many parks and loads of things happening outside. Being such a big city with so many interesting things going on, visiting any time in the year will guarantee there’s something fascinating happening, especially in Kreuzberg.

There are some festivals that happen in Kreuzberg that are worth keeping in mind too. May 1st is a big deal in Berlin—not just for Germany’s many political parties, but also as a celebration of springtime. The city shuts down, the people come out, the police show up. There are protests, manifestations, demonstrations. But there are also celebrations. There are barbecues and homemade snacks. There’s also Fête de la Musique, a non-commercial music festival is a celebration of live music that takes place on the first day of summer. It’s also called World Music Day and in Berlin, where creative musicians and artists seem to flock, the event is truly spectacular.

Eat everything in Markthalle Neun – On Tuesdays, Fridays and Saturdays, there’s a typical produce market in this historical building, and there are also regular events such as Street Food Thursdays with stalls popping up selling typical street food from all over the world and the Breakfast Market every third Sunday of the month. In summer it gets busy, but you can take your food to eat out on the streets.

Hang out in Görlitzer Park – Affectionately known as Görli (sounds like ‘girly’!) by locals, this may be Berlin’s best city park. Great for picnics, sunbathing or just hanging out with friends on a sunny day, it’s built on the site of a former train depot.

Drink by the Landwehrkanal – On those long summer Berlin evenings, it seems like everyone is out with friends and a beer or two, seeing day turn into night by the canal. Especially by Böcklerpark where the canal widens and the banks open up into a park on either side.

The history of Kreuzberg is fascinating, as it is one of the only modern districts of Berlin that was divided by the Wall. Taking a tour around the area will give you a unique perspective on this diverse neighborhood. Take a look at this selection of Kreuzberg tours.

Though Schöneberg is more often quotes as Berlin’s gayborhood, and that is true historically, Kreuzberg has a lively gay scene that is always changing and expanding. Here are a few of the best places you should know about in gay Kreuzberg.

Möbel Ölfe – This atypical gay bar broadcasts itself pretty clearly with the sign outside saying “Homo Bar”. It’s a smoking bar so you won’t come home smelling pretty if that’s what you’re after.

Roses – Tiny but super fun and very camp, this bar which wants to be a club is the place to come if you’re feeling like your life doesn’t have enough pink fluffy walls in it. Expect 80s kitsch.

Gayhane – Held every month on the last Sunday at the music club, SO36, this queer party features mostly Turkish and Arabic music and attracts crowds of dark, hunky, Middle Eastern men.

Since it’s a popular place to stay in Berlin, Kreuzberg has a good selection of different kinds of accommodation, from hostel dorm rooms to boutique hotels and apartments. I’ve found that using Booking.com, Agoda.com or Hotels Combined can be useful for finding last-minute deals. 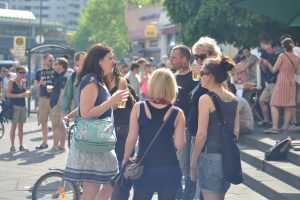 Kreuzberg is Europe’s Most Hip Neighborhood! 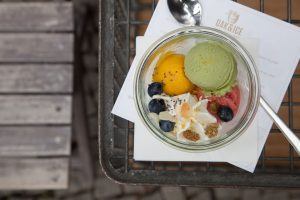 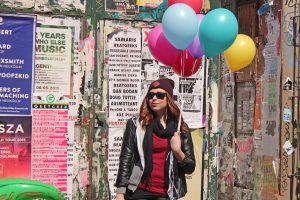 Celebrating May Day in Kreuzberg, Berlin

There’s a life and an energy to May Day in Berlin. The holiday is a big deal in Berlin with the MyFest street festival and beginning of summer 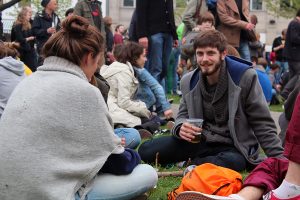 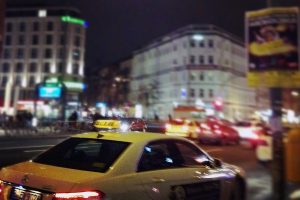 35 Unique Things To Do in Berlin

Looking for some of the best things to do on your visit to Berlin? Use this personal guide on things to do, places to see and foods to eat in Berlin. 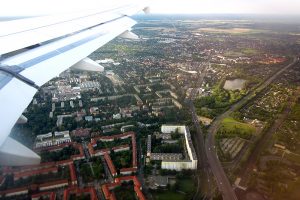 Kiez culture in Berlin: my favorite places in Kreuzberg

Info about the kiez culture in Berlin, with some of my favorite places in Kreuzberg. The Reichenberger Strasse kiez (neighborhood) is the epicenter of cool. 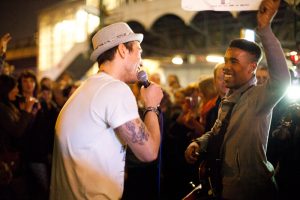 Every May Day, or May 1st, in Berlin, Kreuzberg hosts MyFest—a giant street party & summer festival with BBQs, live music and friendly peoples. 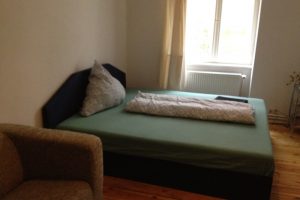 A few weeks back I found myself briefly homeless. If you’re an expat, especially in Berlin, you’re probably familiar with…

I’m currently sitting in the Madrid airport (which is beautiful, by the way) waiting for my connecting flight back to…