This past week I was invited to attend a showing of an off-Broadway play, Afterglow. It’s been playing at the Davenport Theater for about a year and it’s schedule was recently extended to go through NYC Pride in June. 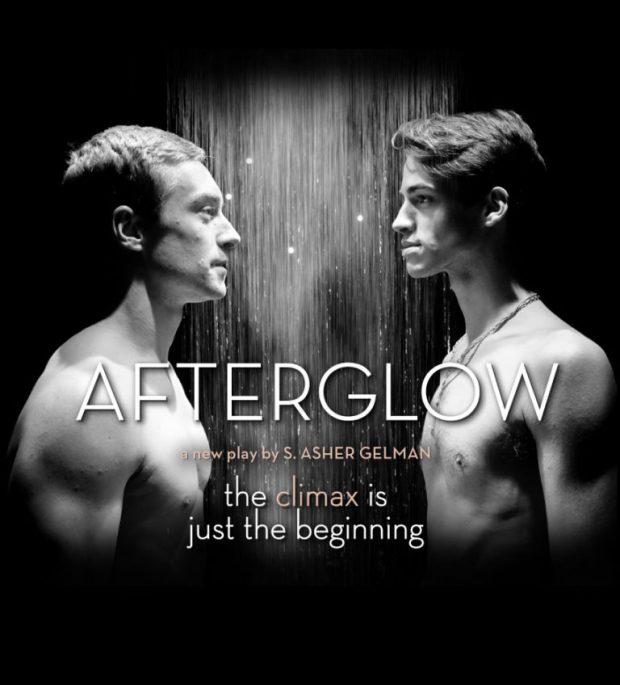 The theater is dark and for half the audience, you’ve got to walk over the stage to get to your seats. A three dimensional square in the middle of the room, a white sheet hiding it from your view. This is how the play starts—before it even starts, you’re immersed in the set while finding your seat. Clothes are strewn on the floor and there are strange and subtle sounds playing overhead that you can’t quite make out.

I’ve seen a handful of gay theater performances before (at the Edinburgh Fringe and in London’s many theater pubs), and Afterglow comfortably fits within a genre of queer theater attempting to portray modern gay dating and relationships. Even if the plot was fairly predictable, the acting and set design more than made it an interesting and engaging performance. 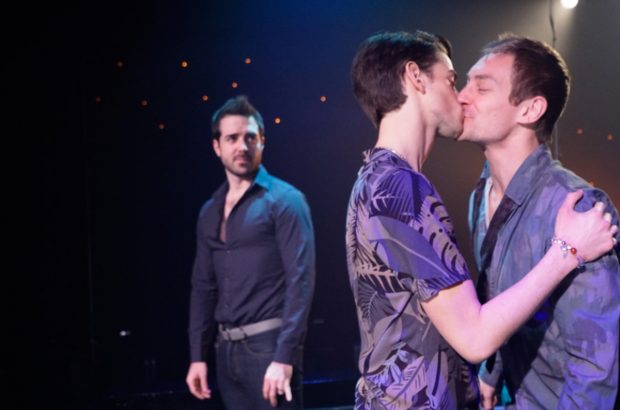 There was, of course, lots of nudity, and the three actors were incredibly skilled at getting dressed and undressed on stage in rapid-fire moments. The nudity wasn’t distracting, however, but helpful in breaking down the tension felt from the difficult conversations.

Gay dating and gay relationships are on full display during Afterglow—the messy emotions, desires, and urges. With quality writing, the idea of what it means to be young and gay today is skillfully portrayed through a few deep and meaningful conversations on stage. Love, sex, and relationships mean so many different things to different people, and Afterglow presents a broad spectrum of each. 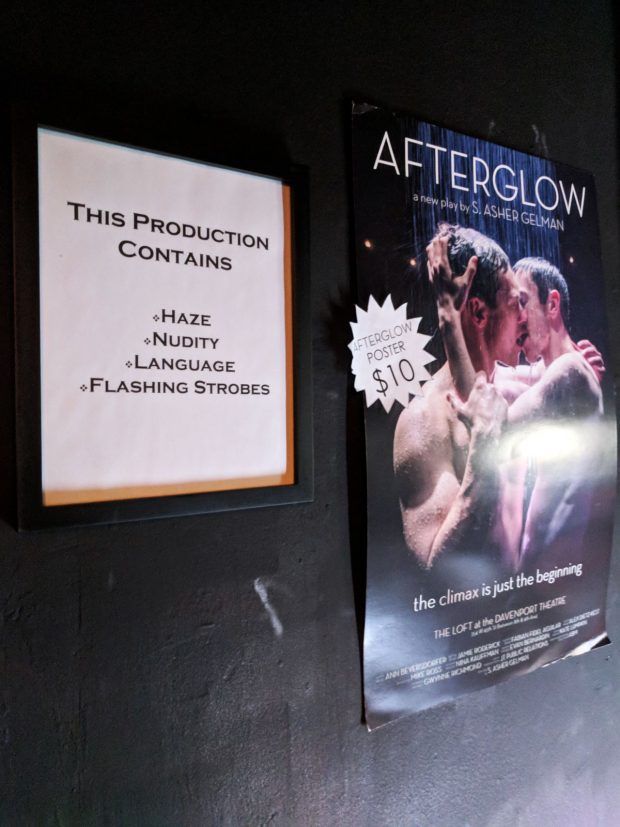 It’s a one-act play and as a relatively small production, that means the three actors are responsible for each of the scene and set changes. It was in these little moments between scenes where the real beauty of the characters shines through.

Without spoiling anything, the moods between the characters change and fluctuate throughout the play, and the interactions between the actors during the scene changes reflect those moods. It’s a little detail; a beautiful attention to the story. And it’s a reflection on how complicated gay relationships between friends, lovers, and husbands can become. 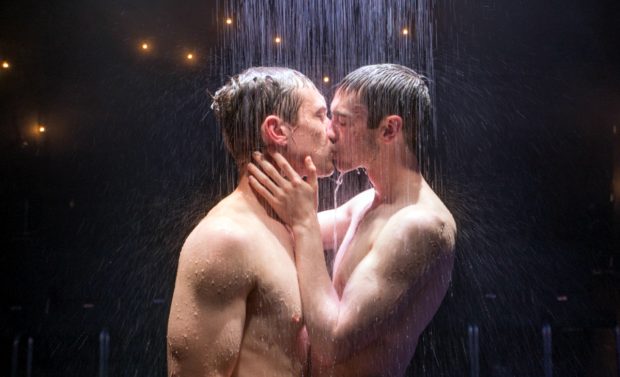