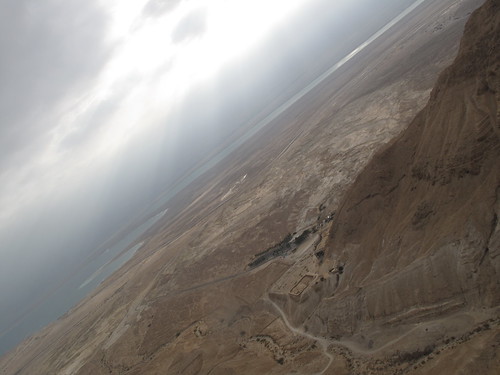 Sunrise over the Dead Sea from on top of Masada

When I was in Israel last summer (which quickly became autumn, too), I received more than a handful of travel recommendations. While I now have my own travel itinerary suggestions for anyone’s trip to Israel, the one I heard the most was “take a trip down to Masada.”

And, being the slacker that I am (who knew?!), I did eventually make it to Masada during my four months in Israel. Of course, it was in the last few weeks I was here, but I made it nonetheless. And, being the travel blogger that I am, I decided to do it in style – by camping on the side of the road. 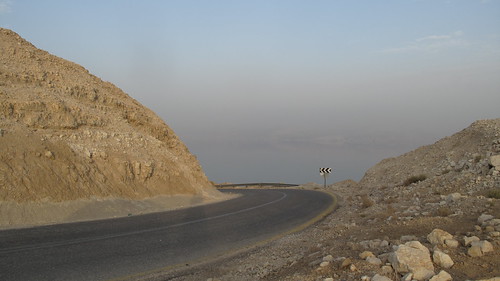 Driving alongside the Dead Sea in the Judean Desert

We set out from Tel Aviv at 1 pm (which was way too late) and made our way to the Judean desert. Our objective: watch the sunrise from Masada, Israel. A few minutes after we passed Jerusalem, the terrain changed immediately from tree-covered mountains to dry, dune-like hills. A little further down the road, as we connected to Highway 90 (which cuts through the West Bank, though not areas controlled by the Palestinian Authority), the dark-blue Dead Sea revealed itself and the terrain again changed abruptly to steep, red-rock sedimentary hills. 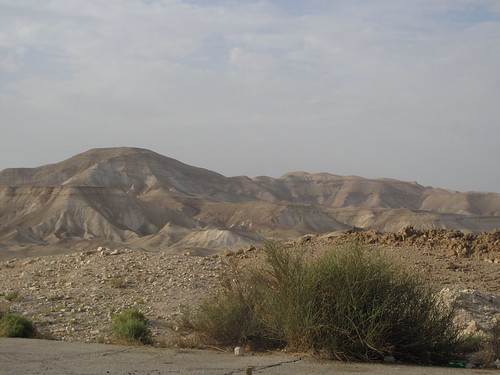 Our plan was to camp at the western night camp (it’s about 50 shekels), and not knowing the place, we decided to try and get there before dark. Because of that, and because we set out from Tel Aviv so late, we had to change our original plan to do one of the trails in the desert and went straight to Masada (not including a short stop at Metzokeh Dragot, which offers a very nice observation point). 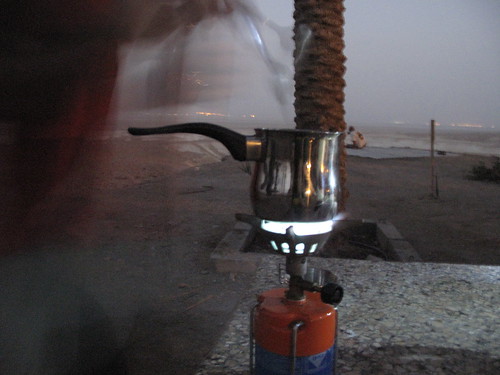 Camping on the eastern side of Masada. The lights in the distance are Jordanian cities and resorts just across the Dead Sea.

We reached Masada about 30 minutes before sunset and soon learned there was no road connecting the two sides of Masada, and that we couldn’t get to the western night camp. Fortunately, there is a “night camp” on the eastern side as well, and it’s free! Its luxurious amenities include toilets, running water and picnic tables, though it really seems more like a picnic site than a campground. There isn’t much room for camping actually because of all the picnic tables. And it got a lot of visitors (and 1 or 2 tour groups) coming and going all night–until about midnight. So there was very little time for sleep. Of course, we could’ve walked 5 minutes to the hostel right down the road (whose lights shone brightly all night polluting our view of the stars), but this was free!

We woke up about two hours before sunrise, had coffee and started to make our way up to the Herodian fortress. There are three paths going up to the fortress, and the fastest but toughest way up is the Snake Path. It has 890 steps and goes up a whole lotta meters. It takes about an hour. 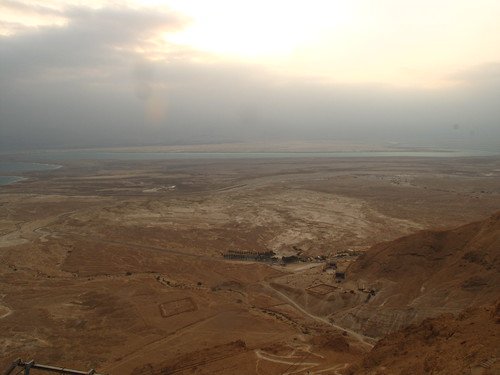 The Snake Path is that winding path in the bottom-center of the photo above. Photo taken from the top of Masada.

The Snake Path opens just one hour before sunrise, so you better hurry if you want to watch the sunrise from up top. We got up there on time without a problem, but, being October, there was cloudy weather and we couldn’t really see the sunrise. Still, the view that gradually reveals itself as you go up up up the path as the day breaks is breathtaking.

After having rested from the long climb, and being treated to some Turkish coffee and cookies by a few nice Israelis, we strolled around the fortress. Masada is a system of palaces and fortifications built on a plateau in the Judean hills by King Herod in the 1st century BC as a place of refuge for himself in case of a revolt. The self-sufficient, small desert-city once had a big, three-level palace, Roman baths, a quarry, a columbarium (a place for raising doves – who knew?!), and cisterns filled with rainwater. 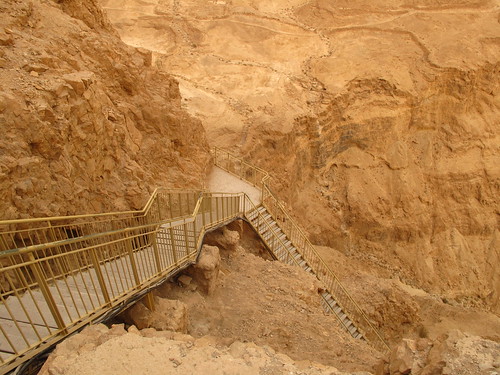 Exploring the archaelogical remains at Masada

Masada has a lot of significance in Israel due to its later history: in the second half of the 1st century AD Masada was taken over by a group of zealots called the Sicarii (from Latin sicarius, “dagger-man”). This group was a group of what we’d call today terrorists (or freedom fighters, depends on how you look at it), who rebelled against the Romans and tried to drive them out of Judea using violent attacks and atrocities. Six years after the Sicarii took over Masada, the 10th Roman legion set out to take Masada back and laid siege on the fortress. In order to break into the stronghold, the Romans built a ramp (which can be still seen today), and breached the walls using a battering ram. The Sicarii, not wanting to become slaves or go to prison, preferred the option of dying and committed mass suicide. According to Josephus Flavius, a Jewish historian from the 1st century AD, there were almost 1000 Sicarii rebels up on Masada. 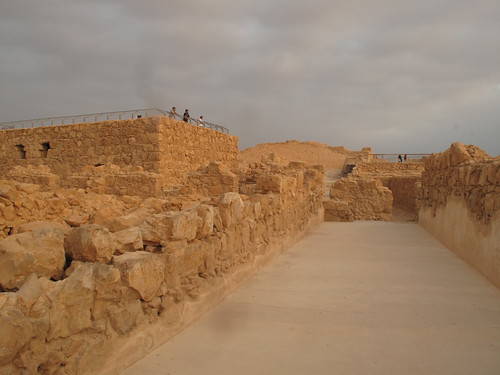 Fortress on top of Masada

How, then, did a story of mass suicide (which contradicts Jewish religious law, by the way) gain such significance in Israel? The early Zionists, tired of the passive martyrdom that symbolized their life in exile, looked for a story of bravery to hold on to. The idea of Jews not submitting to their enemies appealed to them. This was fueled by the fear of the Nazis reaching Palestine in the 1930’s. The Jews in Palestine wanted to fill their hearts with valor and needed an example. And Masada provided that story.

Special thanks to Eyal for writing much of this post and providing information on the Masada history. Like any tourist site in Israel, I highly recommend learning about the place before you visit. More information on responsible travel in Israel can be found here: Travel Responsibly in Israel, The City of David.