There are a lot of great ways to experience East London. From unique tours to historic sites, trendy bars to hipster underground clubs; there’s plenty of cool things to do. And plenty of great restaurants, too!

London has seen a culinary resurgence over the past few years, and it’snow one of the world’s top foodie destinations. But here in East London, where I’m hanging out for the next week, some of the best foods are the traditional ones.

Not traditionally “English” but rather, the foods specific to this neighborhood. These are the five food gems of East London… 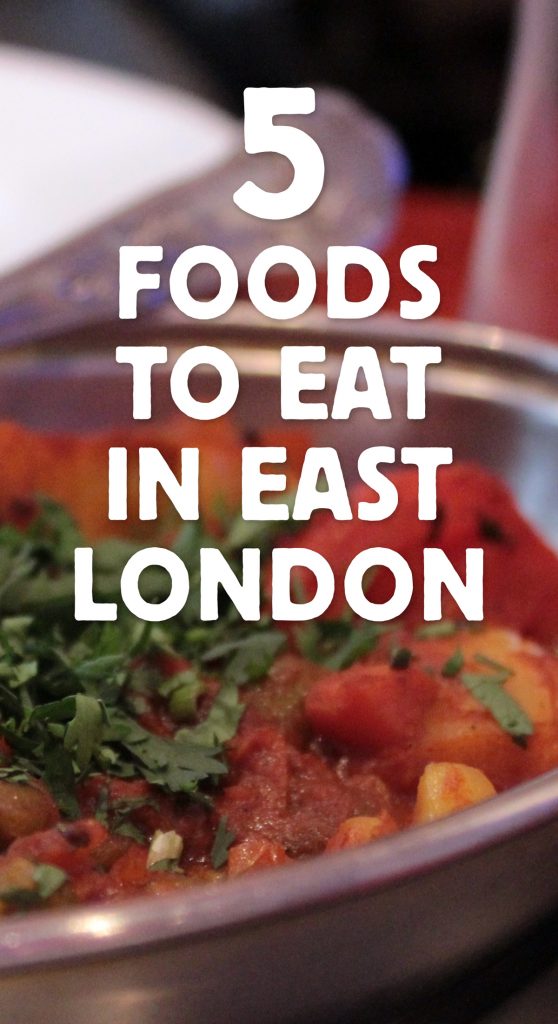 What to Eat in East London 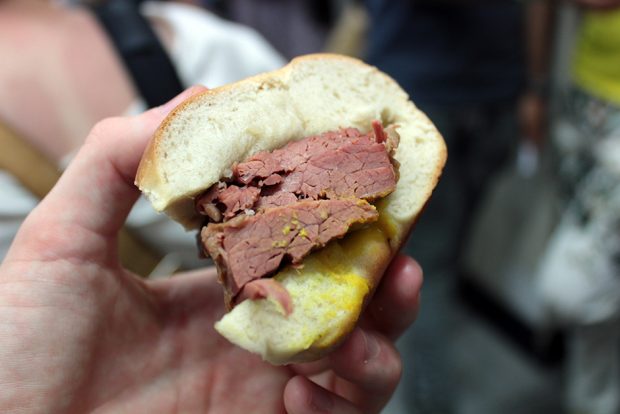 An East End restaurant classic, The Beigel Bake has been open for years and it never really matter what time of day you visit. Open 24 hours a day, they make over 7,000 bagels (which they spell “beigels”) every day. London’s oldest bagel shop, their Jewish-style bagels are perfect for hangovers, late-night snacks or fast lunches. The reason to visit is without question their signature salt beef bagel. And be sure to get the mustard with it! I always make a point to come by here each and every visit to London. 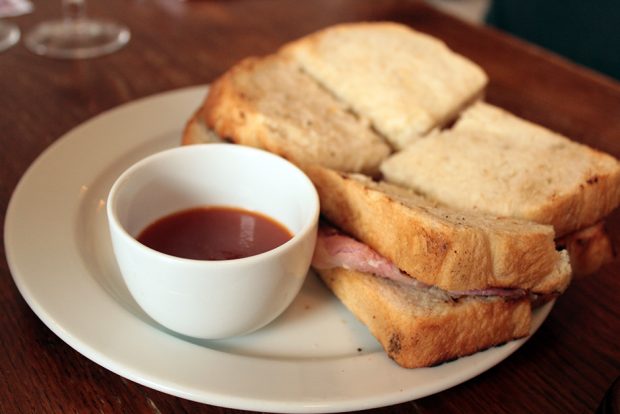 A British food staple, the bacon butty is really just a bacon sandwich. Served warm and with little more than bacon on bread, it’s another popular hangover cure or just a delicious (if not greasy) breakfast. St John’s in Spitalfields serves bacon sandwiches daily on fresh, homemade bread. Note that the bacon in the UK is different than in the United States. 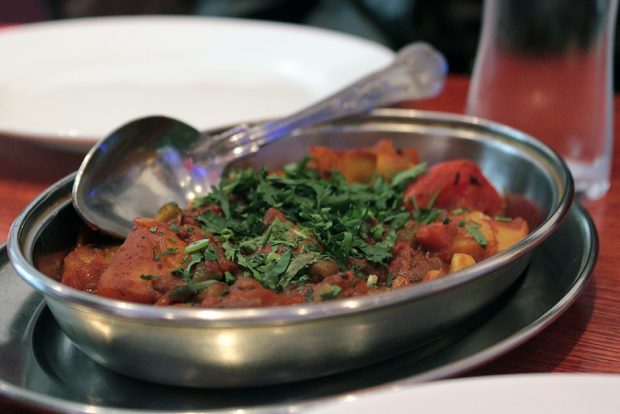 Thanks to numerous pop culture references, Brick Lane is arguably one of London’s most famous streets. Throughout history, the street has been home to everything from brick manufacturers to beer breweries. While East London has been the point of arrival for many immigrant groups since the Middle Ages, the 20th century saw an influx of Bangladeshi immigrants, and it’s because of this influx of immigrants that you’ll find countless curry restaurants on Brick Lane. Just walking down the street, it’s hard not to resist the smells of South Asian spices, curries and fruits & vegetables.

For one of London’s best curry houses, visit Aladin Restaurant. They’re consistently at the top of the ratings for Indian curries. Just be careful if you order the vindaloo—it may very well burn your tongue! 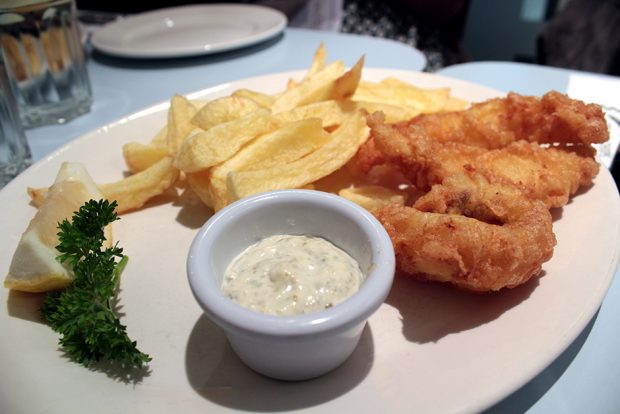 Across the UK it’s said that there are more than 10,000 fish & chips shops. England’s most famous food, it’d be tough for me to visit and not try what’s arguably the country’s national dish. While you can find fish & chips available on most pub menus and in countless corner shops, Poppies Fish & Chips in Spitalfields is worth a trip on its own. The small restaurant is decked out in 1950s design with a funky interior. 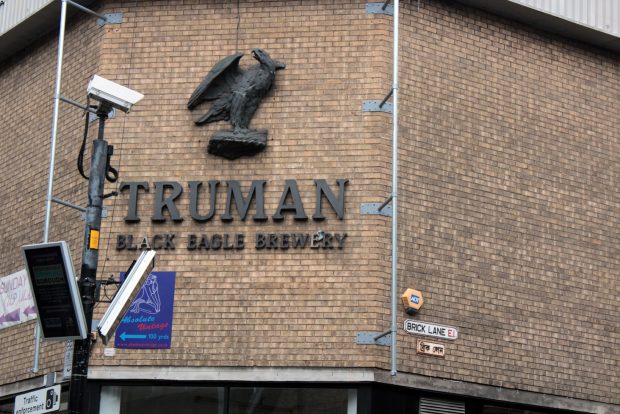 If there’s anything as authentically British as fish and chips, it must also be beer and cider. Truman’s Brewery, located right on Brick Lane, was famous for its porters and was once the largest brewery in the world; it’s been on the same site since the 1600s. Today you can sample more recent brews by Truman’s at local pubs. The Pride of Spitalfield is one of Shoreditch’s more popular pubs with locals—with its own pub cat (Lenny) and a cozy interior.

Looking to stay in East London during a holiday? It’s got a vibrant street art scene, cool hotels, art galleries and plenty of things to see and do. I discovered these restaurants during the East London Food Tour, a 4-hour tour through Shoreditch with multiple food & drink tastings. For accommodation in Shoreditch, both the Ace Hotel and Boundary Hotel are located right in the heart of all the action.