Travel blogs, photos and features from Eindhoven, Netherlands – famous for being a tech and design hub

The ultimate guide to the coolest things to do and see when traveling in Eindhoven, Netherlands

Maybe Eindhoven isn’t at the top of your list of cool cities to visit in The Netherlands, but this little city in the southern region of Brabant is surprisingly cool and hip. Perhaps most famous for its football team, there’s a lot more to see and do in Eindhoven than sport.

The city was once the headquarters for Philips electric, so for decades Eindhoven was home to countless tech and creative professionals. Today, even with Philips moved out, the history of tech and design remains with many new, young start up tech companies and creative designers.

There are a handful of great places to discover the city’s history of art and design—from the iconic art museums to the small galleries, cafés and hangouts popular with the many young professionals still living here today. Start here with my basic Eindhoven travel tips, or jump down below to read my latest Eindhoven travel blogs. 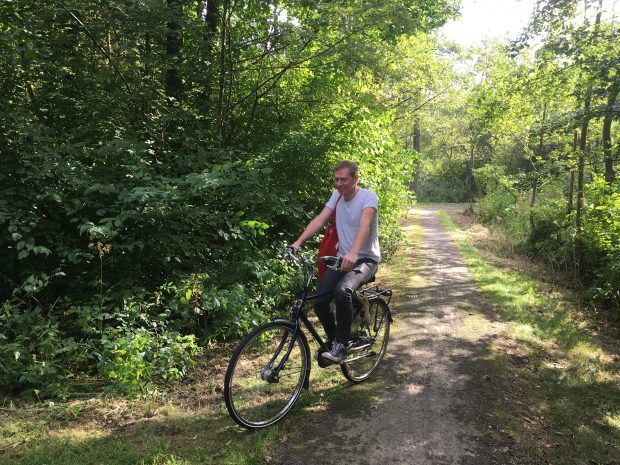 Located in the south of The Netherlands, Eindhoven sees pretty much the same weather as the rest of the country throughout the year. Spring, summer and fall are great to visit each for their own specific weather.

Being such a green city with many parks and open spaces, springtime is especially pretty. There are a number of great events and festivals taking place in Eindhoven each year, however, which are great reasons to plan a trip. The Eindhoven Glow festival is a light art festival each November where artists are invited to create light art exhibitions in public spaces and buildings throughout the city.

The other great event is Dutch Design Week each October. Eindhoven is widely regarded as one of The Netherlands’ biggest design cities and is referred to as the Capital of Dutch Design—thanks to the many independent designers, artists and galleries located in the city.

Eindhoven may be a small city but there are plenty of interesting and unique things to see and do. These are a handful of my personal favorite places worth visiting on a weekend city break. 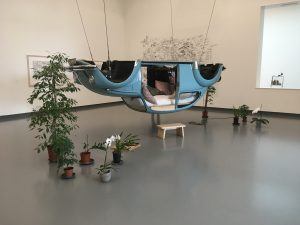 Van Abbe Museum – With an impressive permanent collection of contemporary art, this is one of Europe’s best modern art museums. Founded in 1936, the museum today has been a leader in new and revolutionary projects. The museum also runs alternative tours through their collection and exhibitions that showcase different themes running through the museum, including a specific tour “queering the Van Abbe” which showcases queer & LGBT art & artists.

Strijp-S – This area of Eindhoven is the former factories from Philips Electronics, but today the area has been reclaimed by local artists, craftspeople and entrepreneurs. You’ll find a number of galleries, independently-owned restaurants and regular markets. There’s also a large number of graffiti and street art here, so it’s definitely worth exploring at both night and daytime. It’s easy to reach this area on public transportation or a bicycle from the city center. If you’re interested in staying in this area, check out the Blue Collar Hotel which has a really funky design aesthetic and atmosphere.

Craft beer & more – There must be something in the water here, but in Eindhoven you’ll find lots of independent artisans and entrepreneurs. There are a number of craft breweries and distilleries operating throughout the city thanks to a start-up friendly atmosphere. Check out the Stadsbrouwerij Eindhoven along the riverside where you’ll find both a craft brewery and trendy restaurant. In the same warehouse district, there’s also a gin distillery where you can take tours or classes.

Like most cities in The Netherlands, one of the best ways to get around is on bike, so yes—you can find lots of cycling tours through the city. Regular walking tours take place through the city center so you can learn about Eindhoven’s historical buildings and famous tourist sites.

While Eindhoven isn’t a hugely gay destination, there is a single gay bar (PallaZ) and regular LGBT events taking place in the city. Even the city’s biggest art museum, the Van Abbe, runs a queer art program with a private Facebook group for “Queering the Van Abbe.”

The museum includes a guide for all visitors at the beginning of their permanent collection for discovering queer art throughout the collection. You’ll also find LGBT themes regularly represented in their rotating art exhibitions.

During my most recent visit to Eindhoven, I even stumbled on a gay sauna while on a bike ride—the Sauna Tibet is located on the edge of one of the city’s largest nature parks and appeared to have relatively modern facilities.

Hotels in Eindhoven are mostly located in the city center, though you’ll also find some properties in the super-hipster area in Strijp-S.

Blue Collar – Located in the super hipster neighborhood of Strijp-S and with a great café and bar in the lobby. Room prices from just $59! 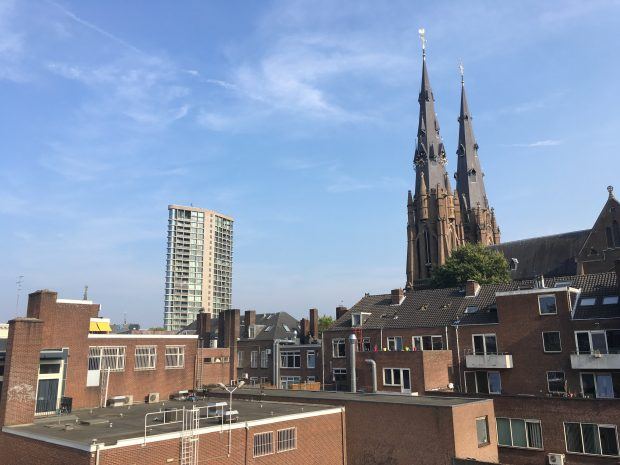 A surprisingly cool city in the south of Holland, Eindhoven is a fun and friendly destination great for a weekend city break thanks to a culture for creativity and innovation

Read More about A Gay Guy’s Weekend Guide to Eindhoven

An Introduction to Dutch Design Week

One of Europe’s biggest design events, the Dutch Design Week showcases thousands of unique and innovative designs covering a number of different subjects—from fashion to sustainability, art to robotics. Explore some of the best designs in this beginner’s guide to the festival

Read More about An Introduction to Dutch Design Week

A Journey Through Eindhoven

Read More about A Journey Through Eindhoven