Most small towns in America are known for certain kitschy appeal—a main street with an old-town cinema, a friendly neighbor or a local bakery. Grapevine somehow manages to keep all that kitsch, but add a sizable amount of modernity to the mix, too. If you’re any sort of hipster like myself, the trendy coffee shops aren’t the only appealing thing about a new city—it’s also the small-town Americana and often funky local culture which is appealing. Grapevine isn’t short of kitsch: 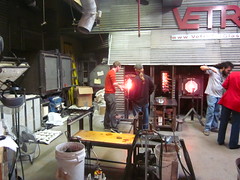 VETRO Glassblowing Studio — Not only does Grapevine’s Main Street have a handful of art galleries, but it’s also home to a blacksmith workshop (for real!) and the VETRO glassblowing studio. Inside the studio, you can watch the skilled artisans at work. During Christmas, you can even get behind the furnace (don’t stand too close, it’s hot!) and make your own Christmas ornaments. (Watch a video of me from inside the studio.) More info about David Gappa and his glassblowing studio here: www.vetroartglass.com 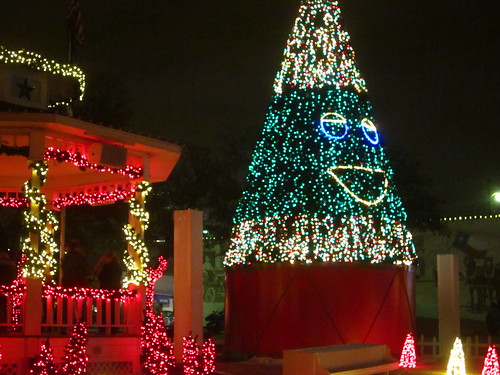 Christmas on Main — Grapevine has a lot of festivals every year (my favorite is probably Grapefest—a wine festival) but one of its biggest draws is its Christmas festivities. So much so, in fact, that the state of Texas recently declared Grapevine, TX as the “Christmas Capital of the World.” If that’s not kitsch, I don’t know what is. The city’s Main Street gets covered with Christmas lights (1.5 million lights in 2011), a light show set to music and a parade each December. More information on the over 1,400 Christmas events in Grapevine each year here: www.grapevinetexasusa.com/christmas/ (Click that link — I promise you won’t be disappointed with the Christmas kitsch!) 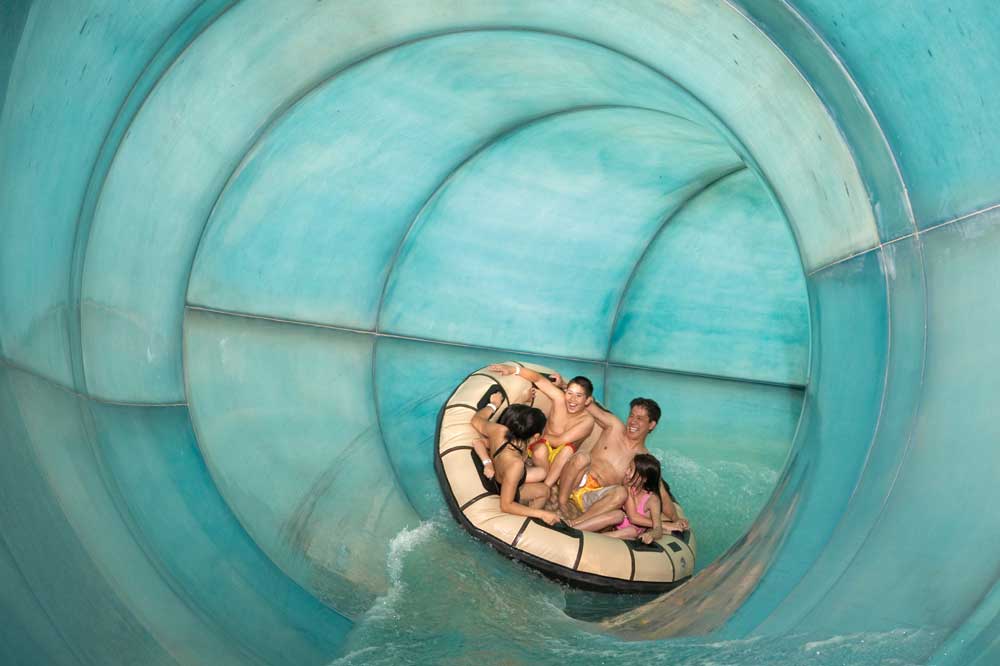 Great Wolf Lodge Water Park — One unusual thing I found in Grapevine on this visit that wasn’t there before is the massive hotel & resort Great Wolf Lodge. The themed hotel’s biggest attention-grabber (at least for this hipster) is its 80,000 sq. ft. indoor water park. With 9 waterslides, 7 pools and a Harry Potter-like game throughout the 8-story building (is it a building? more like a complex), the Great Wolf is a bit different than most places I visit. The hotel is most-likely best for teenagers, but who’s to deny 20-something hipsters (especially those home on a college break) a weekend escape to a water park? A WATER PARK?! I could get on that. Oh, and in regular ol’ hipster fashion, the hotel is even eco-friendly…so much so that there’s a recycle bin in every hotel room! More information and ways to book a room: http://www.greatwolf.com/

—
Part of my visit to Grapevine, TX was sponsored by the city’s visitors bureau. Read about more things to do in Grapevine here.