I wan’t planning on writing this today, but life has a silly way of working things out for us. With the doomsday news appearing in my Facebook feed I figure it’s as important a time as any.

This afternoon I stumbled on an article on NYTimes.com about knowing “when to quit.” In @DanielGulati’s piece about how to know when to quit your job, I found what he was saying to be incredibly insightful and important. So I want to highlight a few things that were eloquently reported, and to share how it relates to my own experience. 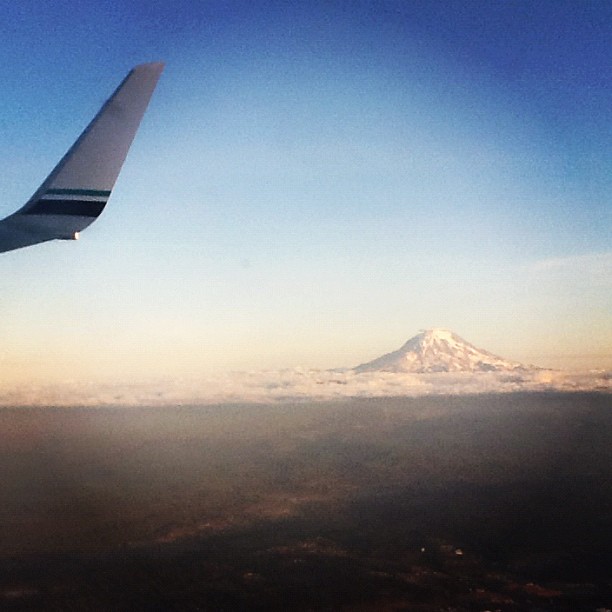 In the NYTimes article, Gulati presents that over 90% of people are dissatisfied with their jobs. I honestly can’t fathom such a number, but perhaps there are different levels of misery.

At first, I didn’t really want to. You’ve probably already read my story on how a trip to Iceland inspired me to see more of the world, but there’s a bit more to the story. After taking a short break to Iceland in 2009, I realized I needed (and wanted) to see so much more of our amazing planet. But, my life as an American (from Texas, no less), pretty much had me targeted for a career trajectory that included all the normal trappings of the American dream. It’s not to say that I didn’t want all of that (the job, the career, the family, the home…) but I didn’t really know there were more options. I was young and naïve.

After that trip to Iceland, I knew I wanted to travel more, but I also had a great job and wasn’t ready to quit the normal life I had planned for myself. So here’s the big scoop: I actually tried for an internal job transfer. Several times. I tried for nearly 9 months to remain on my predestined career path; I just wanted to do it elsewhere.

Like scientists over rats in a maze, companies condition us to stay by implementing variable reinforcement schedules. That’s a behavioral psychologist’s way of describing how corporations drop bonuses, promotions and other rewards into our career paths at unscheduled intervals, enticing us to remain long enough to grab the next pellet. — Daniel Gulati

I tried and tried, but due to circumstances outside of my control, as close as I got (and trust me, I got very close), it just didn’t work out for me. After wanting it for so long and trying so hard, to ultimately fail was a straw too many. I was promised more opportunities “next year.” But who knew what “next year” would be like. That’s when I knew it was time to quit.

My reason to quit was less because of job dissatisfaction, and more because I simply wanted more out of life.

Thankfully for my case, I was still pretty young at the time. So the idea of quitting my job to travel—while terrifying and exhilarating and nerve-wracking and exciting—wasn’t so horrible. I knew that if I failed at my attempts to travel, I had a relatively small amount of money to fall back on, as well as friends, family, and, for my nervous mind, a solid work experience. That was my first step for knowing it would be okay to quit my job to travel. I knew if I failed, I had some fail-safes.

Also, I knew about other people—strangers from the Internet—who were planning for the same. People my age all over the world who wanted to see and do things across the world. All these faceless Twitter profiles were an inspiration and motivation.

Before that fateful April day when I handed in a resignation letter, I didn’t hate my job. I liked my job. I didn’t hate my home. I loved Boston. I just felt a strong urge that there was something more for me—something maybe far away and hard to reach—but something I’d have to go out to find myself. I was tired of “normal.” I wanted more.

At the time I had no idea that quitting that job would lead to such a different life. I didn’t know that I’d end up backpacking for so much time. I didn’t expect to live abroad. I didn’t expect to take on a new career. Little did I know that quitting one part of my life would open up so many more options. And now I’m thankful for the knowledge that if something doesn’t work out, there’s always something more. You just have to convince yourself to get there.

If you’re considering quitting your job, read this article from Daniel Gulati about knowing when it’s time to quit. While quitting my job to travel around the world for 15 months was the best thing I ever did in my life, I acknowledge that quitting to travel isn’t the best solution for everyone. For me, travel wasn’t a way to escape, but to expand, my life.