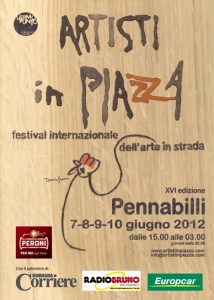 While in Rimini, Italy, I took a short break from lounging on the beach and eating piatini (flatbread sandwiches which reminded me a lot of quesadillas) and spent a day in the Emilia-Romagna hinterland—the land behind the sea. A nearby city, Pennabili, was hosing an International Festival of Street Art called “Artisti in Piazza.”

The annual street art festival (since 1997) is a 5-day festival with over 200 artists from around the world. I was just there for a single afternoon and evening and saw more than a handful of performances. With performers from Japan, England, Ireland, Italy, France, Spain, Cuba and the U.S. there was a huge diversity of talent.

The rhythmical painter is an artist/DJ from Japan. He danced while simultaneously mixing songs and painting to the beat of the music. His act was pretty captivating because you never knew what he was going to paint. I especially loved that as soon as he finished a painting, he gave it to a member of the audience. The artwork was good, the music was good, the atmosphere was wonderful. Read more. 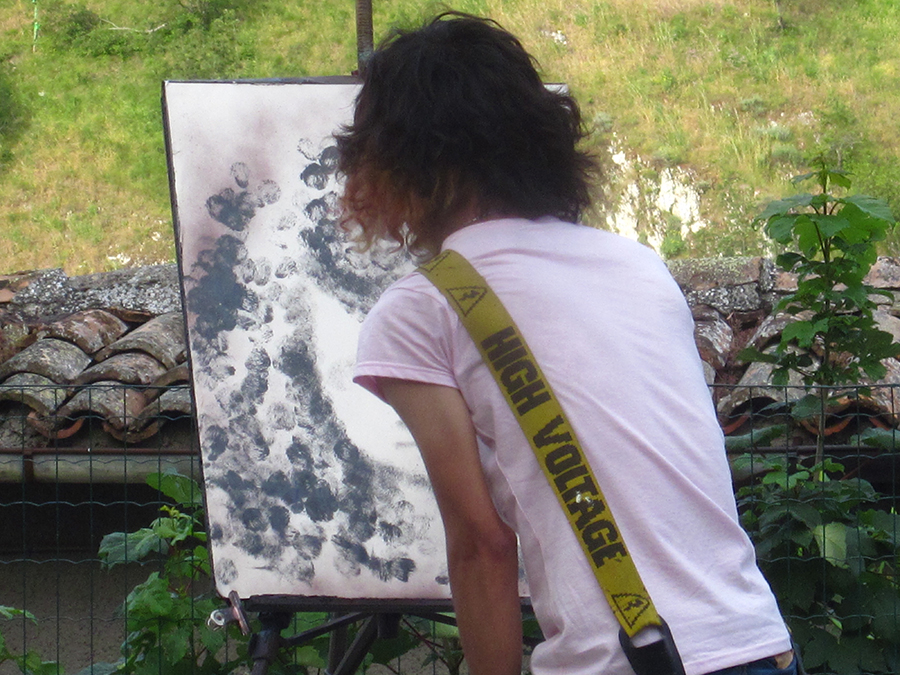 This string quartet from London put on an enthusiastic and lively show. Classycool’s aim to present classical music in an exciting way isn’t particularly novel, but their energy and talent was certainly captivating. It was especially cool when one of the band members played his violin between his legs. 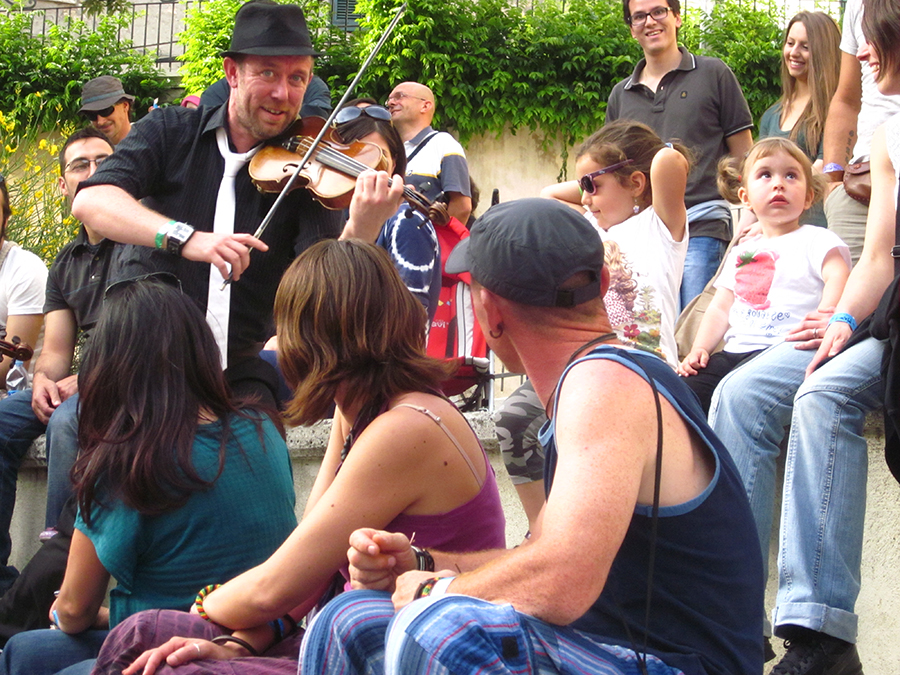 Why is the festival in Pennabilli?

The Artisti in Piazza festival was set up to support street artists. Until recently, Italy had prohibited unauthorized performances in public areas. Pennabilli took a stand and welcomed street performers by giving authorization to just about anyone. Since 1999 they’ve even had road signs at the entrance of the city welcoming artists to perform on the street. More information about the festival is available on the Artisti in Piazza homepage (English).