My friend Liz is visiting me in Berlin for the next few weeks. She’s my New Yawkah friend (with accent and all) and has convinced me to watch this game called the Super Bowl. I’m not a stranger to the sport (I did grow up in Texas after all), but you could safely say it’s not my favorite. Yet, it’s after midnight and I find myself at an “American Sports Bar” in Berlin, simultaneously watching on four different TV screens, America’s most commercial/profitable/boring sporting event of the year.

I find myself here, live-blogging, what it’s like to be an American abroad watching the Super Bowl. Here we go…

12:02 a.m. — We arrive just two minutes late for our “reservation.” We’d come by earlier in the day and written our name on a piece of paper which was left at the bar. I wasn’t sure that counted as a “reservation” but the woman at the counter seemed to think it would be sufficient. Of course when we get here, there’s no one who knows about our reservation, but it doesn’t matter. There’s more than a few empty tables and unclaimed reservations. 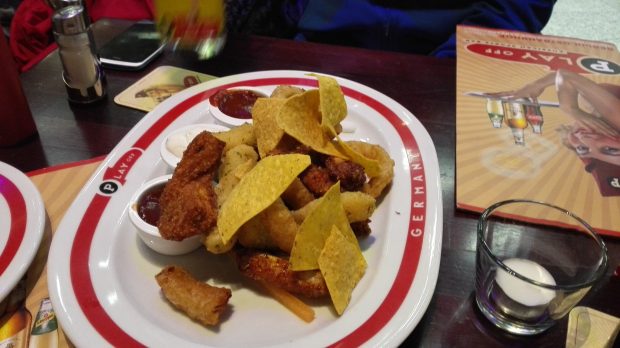 12:25 a.m. — The National Anthem’s now on. I feel so American with half a cheese stick in my mouth. We’re eating this food, but it’s just not very good. It’s actively pretty terrible. There’s some sort of white, translucent vegetable. And an orange, translucent vegetable that is NOT a carrot. Neither is good.

Lots of sporty things happening on the TV now

1:11 a.m. — The Patriots score and Liz has found all her enemies in the room. It seems she’s for the Seahawks, but vehemently denies this. “I’m for anyone who will make Bill Belichick and Tom Brady cry because #fuckthepatriots.” 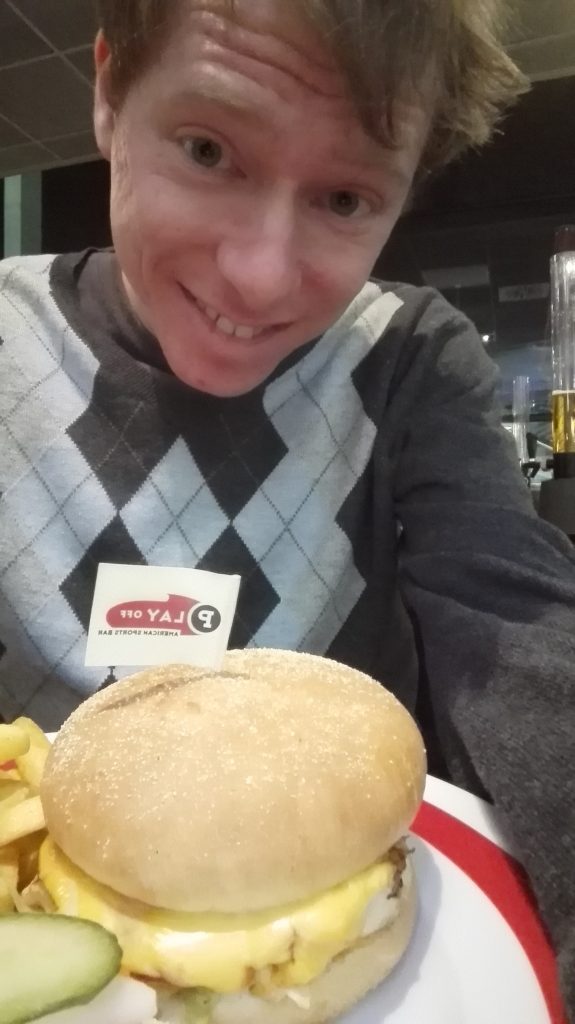 This is my chicken burger. It’s boring. But the only other thing I ate today was a cupcake, so I’m pretty excited about this.

It’s after 2 a.m. and I’ve just had a pretty boring chicken burger. But I don’t care because I just discovered the most amazing Twitter hashtag #superballswithomosexuals — and just in time for the Half-Time Show.

2:02 a.m. — Liz hates this guy sitting across from us. He’s cheering too much for the Patriots and does an annoying dance every time the Pats do something good.

2:17 a.m. — Those sharks are so cute. (You’ll never hear me say that again.) Also, I spy a rainbow in those backup singers’ outfits. 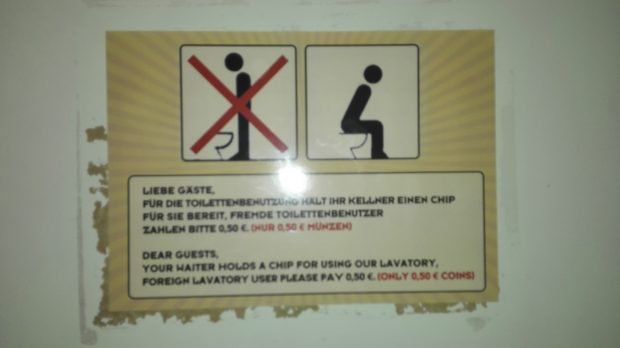 2:38 a.m. — Liz is obsessed with repeating what the German announcers say, but adds in her own Denglish. “Einen Touchdown.”

2:51 a.m. — My interest in the football match is waning, but we’ve got milkshakes on the way. So I’ll stick around. 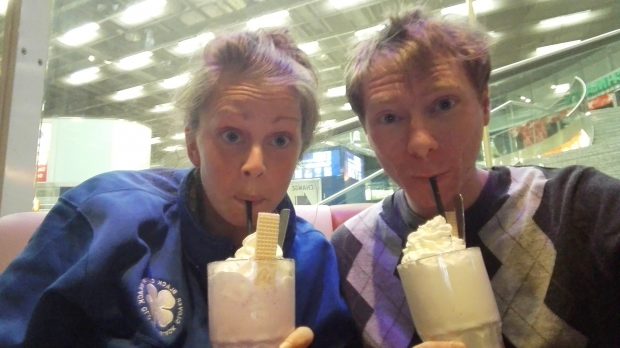 Lots of sports still happening. Isn’t it over yet?

3:45 a.m. — I can’t believe I’ve gone this entire game at a crappy restaurant/bar not having seen a single commercial. Now I understand why sports fans love Twitter though — watching my Twitter stream is just enough entertainment to get me through this.

3:54 a.m. — Liz tries to order the check. “Koenne dir wuzcala” which is a terrible attempt of Können wir bezahlen. Our waiter does not understand at all, but the universal hand gesture works just fine.

4:00 a.m. — Literally 20 seconds left to the game, and all the TVs and sound in the bar goes off. This place fails at hosting a Super Bowl party.

4:22 a.m. — Home. Liz isn’t happy with the game’s outcome. I was briefly excited by the fight, but mostly I’m just happy to be home and not wearing pants again.

Let me know if you liked this blog format in the comments, please. If so, I’ll try to do it more often when it’s possible/practical. Otherwise I’ll just see you on Twitter where I’m more fun anyways…