Earlier this year there was either a law passed or a minister in Italy who said photographs could be taken in the country’s many museums, including the Accademia Gallery — home of Michelangelo’s David. The news appeared on My Facebook Feed (shameless plug: follow me!) at one point this summer and I just quickly took note without actually following up. But on my recent trip to Italy this month, I heard it verified by some local Florence bloggers: you can now take photographs of Michelangelo’s David (without flash, of course!).

And because photographs of the world’s most beautiful man are now allowed to be taken in the museum, I’m finally sharing my own sneaky snapshots from 2012 ;-) 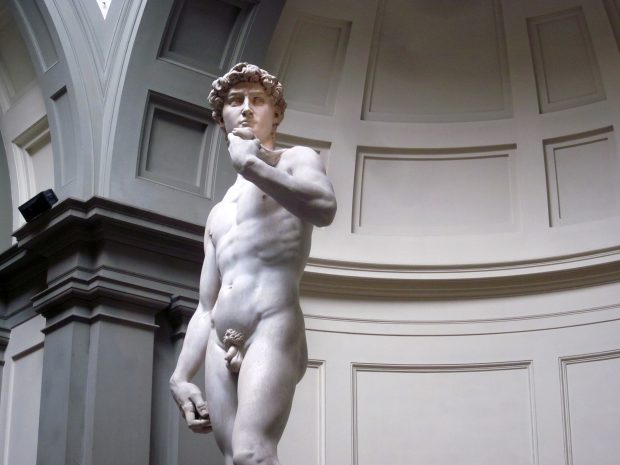 I first visited Florence for two reasons and two reasons only. One because of art. And two because of books. Well, maybe also a third reason: books about art in Florence. I think my desire to visit Florence stemmed from Irving Stone’s The Agony and The Ecstasy…a book I read back in high school. Michelangelo’s passion in that biographical novel was enough to convince me that I needed to see his work in person. And the very first sculpture I remember seeing by Michelangelo was this one, the strangely majestic David.

But there was another book: A Room With A View by E.M. Forster. It was that book which actually got me to Florence. I’d read it years before, of course, and ever since then I was determined to take my own Grand Tour to Italy—to spend some serious time in the country that once spurred a Renaissance. At the time, I was certain a trip to Italy would spur my own personal artistic Renaissance. When I first arrived to Florence on a train from Venice on a hot summer day in 2012, I thought this was it. This was going to be the city that proved the beauty of Italy, of Europe, of life itself. (Lofty, I know…but I’ve always been a bit hyperbolic when it comes to art.)

As it turns out, Florence as a city didn’t do much for me. Instead: it was a man.

Typical! Oh how plebeian! you might think. (Bringing in the Roman vocabulary for this story, do you see?) But as you’ve probably guessed, this isn’t the story of some Italian guy I met on Grindr. This is David that I’m talking about. 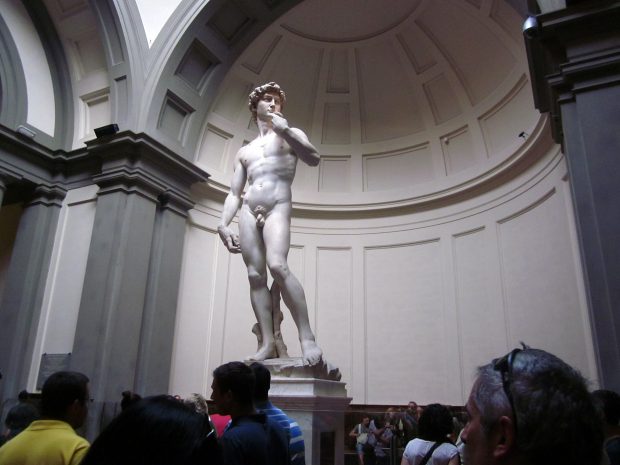 He’s magnificent. I wasn’t actually expecting much; there’s so much hyperbole when it comes to art. But after waiting in line for over an hour to enter the Accademia Gallery (Accademia Gallery Tickets) and stumbling through the crowd making my way to his atrium, I knew this was not an ordinary man. There was a strange buzz in the room thanks to the constant ebb and flow of tourists, but my ears were immune. There were thick crowds of groups surrounding David, but my eyes ignored them. I only had space for one object, one person in my sight and it was Michelangelo’s David. For he is truly spectacular.

I’ve been to a lot of museums in Florence. And I’ve seen a lot of art. But Michelangelo’s David is honestly one of the most incredible sculptures I’ve ever seen. I stood there watching him for at least half an hour. Breathless. Unable to move. I took my sneaky photos while the ushers were distracted yelling at other less surreptitious tourists. At one point I remember putting away my camera, turning my head the other direction and trying to get that special feeling of a first glance again. It didn’t matter where I stood or how often I watched him, I was totally smitten.

There aren’t many specific art objects that I could wax poetic on. It’s really only a handful, actually. Michelangelo’s David and also his Pietà in the Vatican, for one. I know you see and read about Michelangelo often. And I’m sure many might think he’s old news, just another Renaissance artist. But there’s something about his sculptures that is raw and emotional. Something that goes beyond beauty. There’s a power behind it. And whatever it is, Michelangelo’s David has got it. 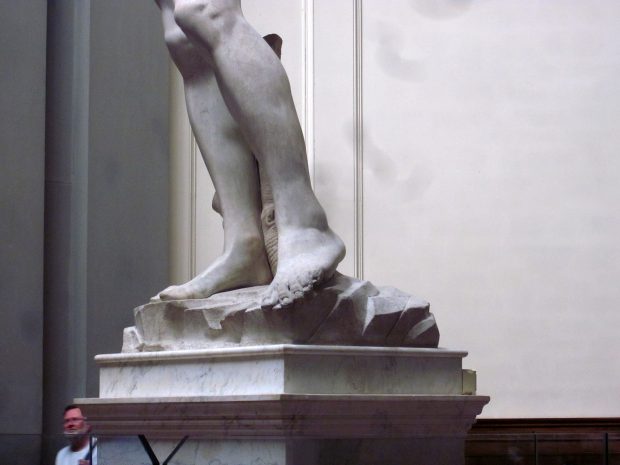 Everything about this man is just stunning. You could stand and watch each part of his body for 20 minutes and still discover new things—from head to toe 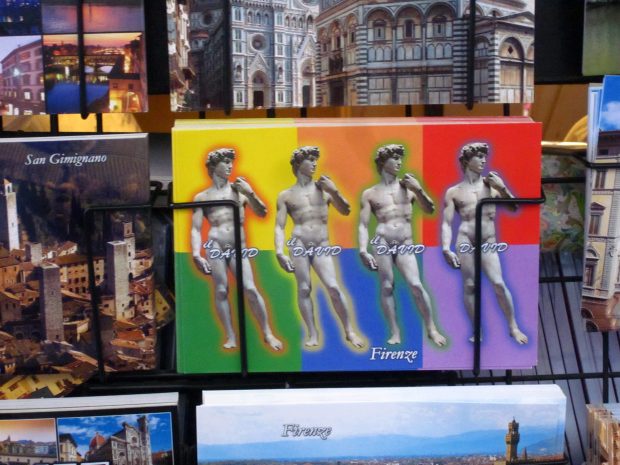 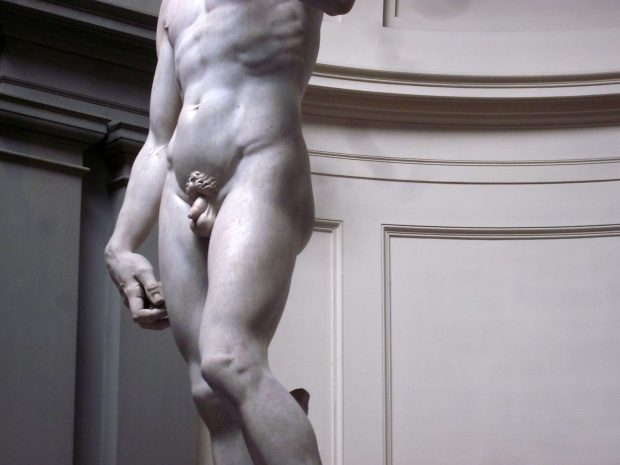 Has there ever been such a beautiful torso? And that hand! 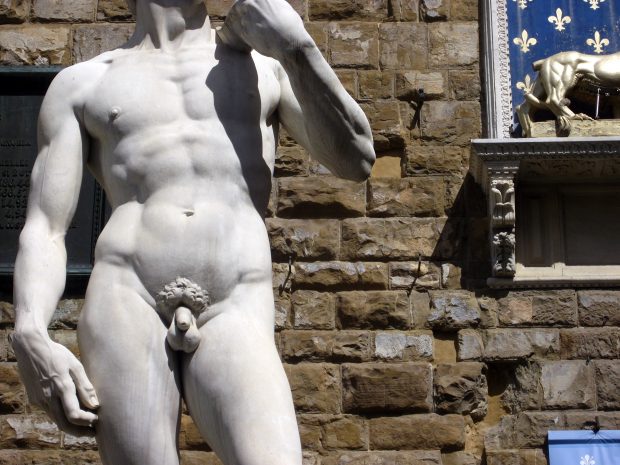 Florence has more than a few David sculptures, including this one outside in a public piazza

Your turn: Leave a comment below and let me know about an artwork you saw that had a profound effect on you. Or, if you’ve seen the original David, share your experience from Florence.