Italy is no doubt one of the most beautiful countries in the world. Everyone will tell you this before you go. They’ll also tell you the food is amazing and the Italians are beautiful. But one thing you don’t hear (hah! pun approaching) is how beautiful Italy sounds. From church bells ringing in old Medieval cities, to the buzz of tourists through St. Peter’s Basilica. It’s not all the sounds of ancient churches, though, it’s the lyrical timber of the Italian dialect and the sound of a scooter whizzing past you on the street. The sound of an accordion player on a bridge or the plop that pizza makes as it falls onto a plate.

Italy is beautiful, yes. But it’s not just a feast for the eyes and the belly—but also for the ears. Here are a few sounds from my two weeks traveling around Italy. 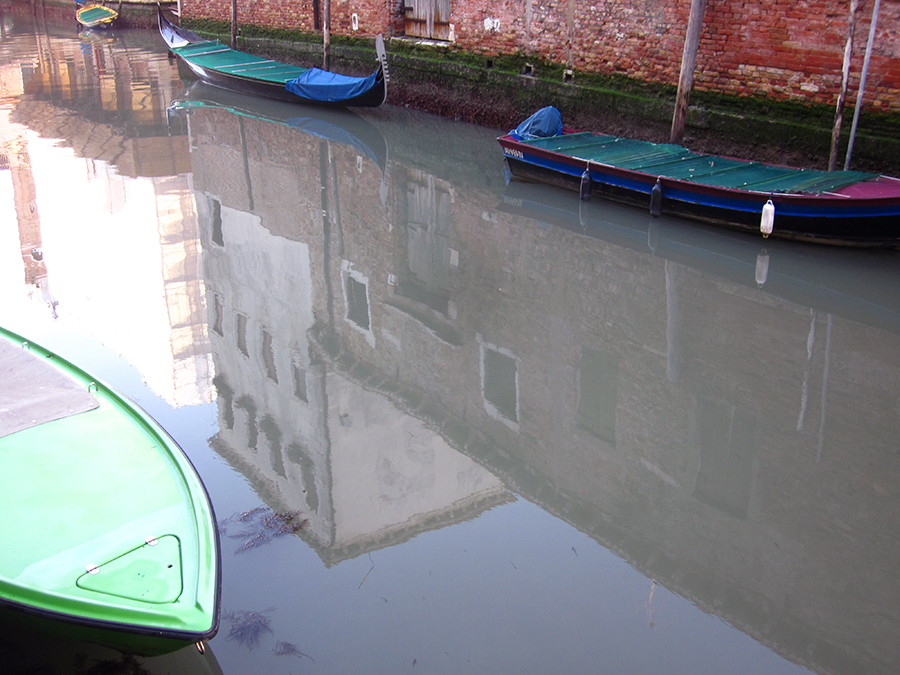 Bustling Venice canal in the morning

There was one bridge in Venice I kept finding myself at—the Ponte de Canaregio o de le Guglie. It was along the main tourist street but there was a ledge I was able to sit on (and snag a bit of free wifi). The view was amazing—a bridge full of tourists behind me and a canal that led directly out to the lagoon straight ahead. To my right was a small shop selling food and snacks so I was able to sit there for a while and just enjoy the view. Here’s what I heard:

You may have heard what a tourist trap Venice is, but when I stumbled into a small plaza near the Campielo De La Stua, I found Venice to be more-than-relaxing. If you wander around enough and get lost, you’ll find little pockets of stillness on the overcrowded island.

Joseph Brodsky’s Watermark waxes poetic about Venice’s port, the Fondamenta Nuove. It’s usually busy in the afternoons with tourists taking boats to the other islands, but it’s also quite a nice place to sit and watch time go by. The water slowly laps the boats, the colors of the sea change as the sun sets. 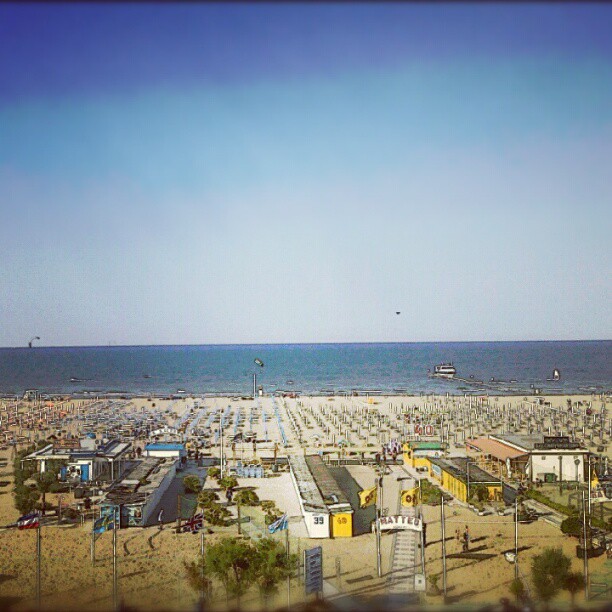 While in Verucchio, our tourist guide told us some of the local stories from Emilia-Romagna. This was the story of a ghost of a little girl in a nearby village.

I really enjoyed the Pennabilli street buskers festival and this quartet from the UK put on a good show.

I spent an afternoon hanging out on Rimini Beach. It was a quiet day—most of the beach was empty.

The story behind this bell is pretty confusing. Basically there were a set of Catholic bells in Tibet (provided by a missionary during the 18th century), and when the Dali Lama visited Pennabilli in 2005, he brought some Tibetan bells and a replica of the Catholic bell in Tibet as gifts for the city. Now the bells sit atop one of the hills of Pennabilli where you can catch an amazing view of the Emilia-Romagna landscape.

I visited Bologna’s gay pride while in Italy and was surprised to find it so lively and full of spirit! Wasn’t expecting that for such a Catholic country… 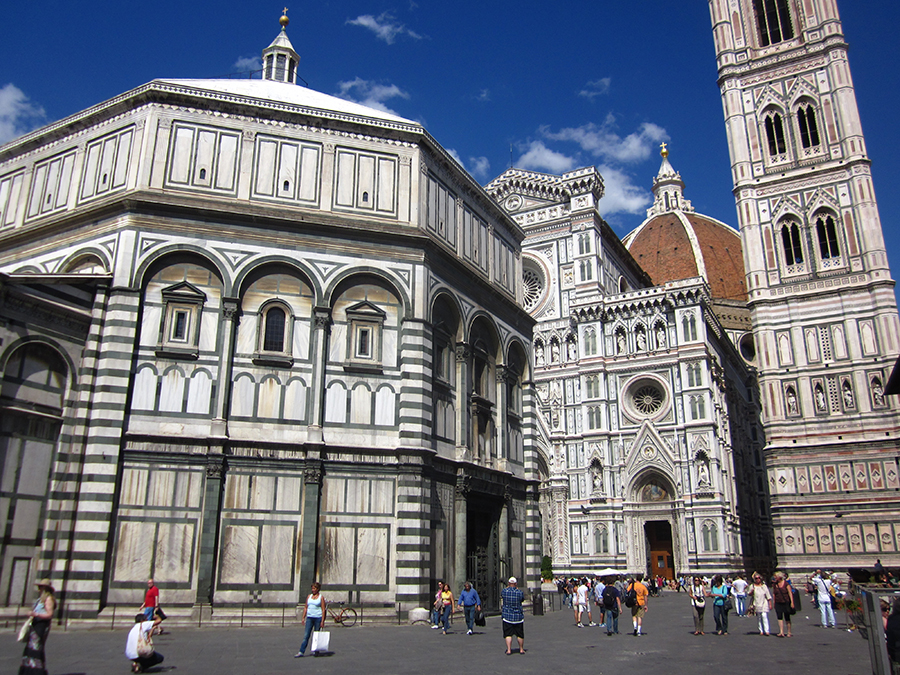 Sunset at Piazzale Michelangelo in Florence

The Piazzale Michelangelo is a popular spot to view the sunset over Florence. Sorry for the wind—wait a few seconds and it clears up. There are some large stone steps where most people sit to watch the sun set across the river. Each night I visited there was always someone playing music. This one was a guy playing an acoustic guitar—songs like Nick Drake and the like.

Evening church bells in Florence at the Medici Chapel

Now this is what most people imagine Italy to sound like: church bells! 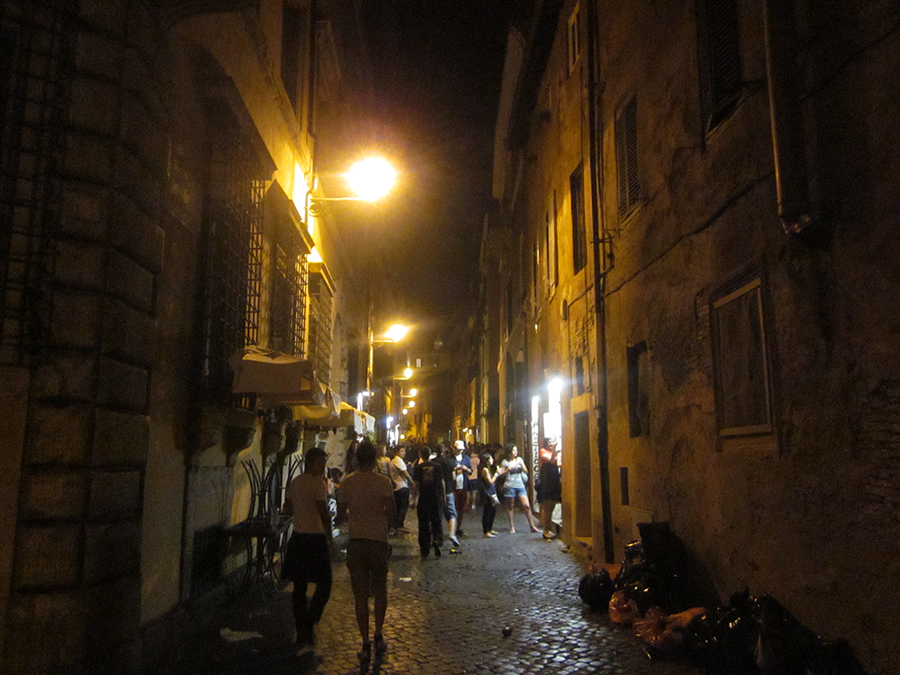 St Peter’s Basilica is massive and while wandering through it, I stumbled on a mass

One of the best things I did in Rome was a food and sightseeing tour that took me all around the Testaccio district of Rome. On the tour, they took us to this little shop where you could buy fancy cheeses, oils and meats. I ended up buying a balsamic!

San Lorenzo is an area of Rome right near one of the major universities and this pizzeria is one of the most popular with the locals. Even at nearly midnight the pizzeria was bustling with tables full of young Romans.

Inside the Sistine Chapel – “no photo!”

I spent as much time watching the tourists inside the Sistine Chapel as I did staring up at the masterpieces all around me. It was pretty funny to see all the clever ways people were trying to take photos without getting caught.

Rome probably had as many street buskers as I saw at that international street busking festival in Pennabilli. I’m a sucker for watching street musicians because it’s always interesting to see what kind of crowd they draw in. Plus it all just adds that little bit of atmosphere to the travel experience.

Concert inside the Pantheon, Rome

This is a long recording. The first 16 minutes are while I was waiting for an orchestra to begin playing inside the Pantheon. The beginning of the sound is filled with tourists’ banter and the occasional click of a camera, as well as hints of the orchestra warming up. Skip to 16:00 to hear the concert’s first song.