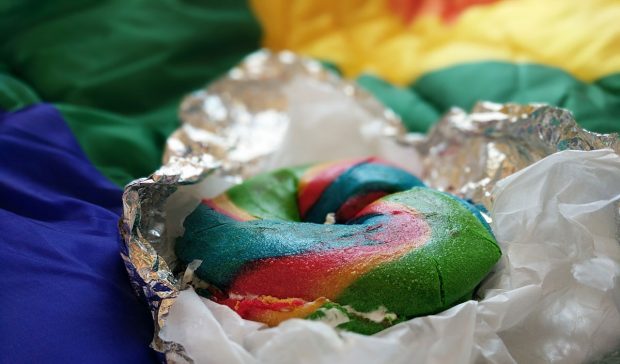 Okay, I don’t want to rain on your parade (even if it’s a pride parade), but I just wanted to share a little pet peeve of mine.

As many of you might know, this month is Pride Month. I’m not sure if that’s an official designation or not, because while President Obama made proclamations each June during his presidency, of course nothing has happened since. But we persist, because well, we deserve a month at the very least.

During Pride Month each year, approximately one gazillion companies change their Instagram, Facebook, and Twitter logos with some sort of rainbow filter. I have to admit, the rainbow onslaught is pretty comforting even if it’s temporary.

And a lot of those companies take the time this month to dedicate a portion of profits from select items to many LGBTQ charities and non-profit organizations. Of course, this is very welcome. It’s important to support the community, and during this month when rainbows fill our worlds, when visibility is so strong, it makes sense that this is when donations should and could peak.

But companies that only promote LGBTQ-inclusiveness, or pride, during this one month are simply not doing enough. And nothing is more symbolic of this one-time act of superficial than the rainbow bagel. 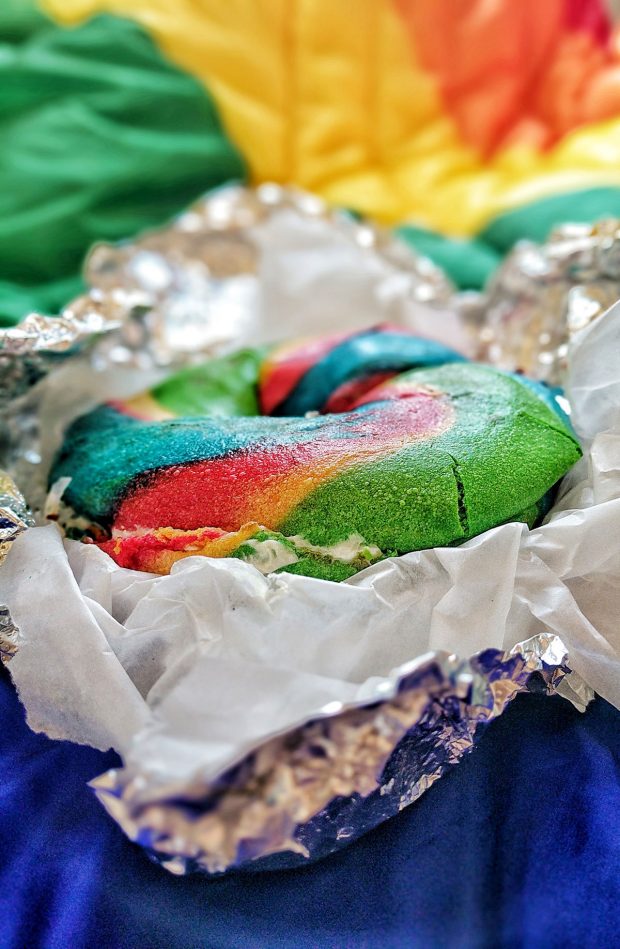 Everyone loves a bit of color, but this month the streets of NYC have been lined with rainbow bagels. I’ve seen them in the windows of at least a hundred different bagel shops. There are also rainbow cookies, cakes, rolls, and other baked deserts. They’re all beautiful. Honestly.

But what do they do? Besides the artificial food coloring affecting our bodies in whatever ways, a lot of these rainbow bagels simply serve as a fashion statement. Don’t get me wrong: “fashion” can and does have a positive affect on a lot of the world, but here’s what gets me with the rainbow bagels.

So here’s what I propose: instead of buying a rainbow bagel (or cookie, or cake) this Pride Month and uploading it to Instagram, use your resourced to instead donate to a worthy cause.

I’ve donated to two organizations this week that are working to help immigrant families at the border. If you want to show some pride this Pride Month, I’d suggest skipping the silly rainbow promotions that aren’t already donating to a worthy cause, and to instead put your money where it will make an impact. Donate through ActBlue here to help families at the border.

(Okay, listen: the irony is not lost on me that I did still buy a rainbow bagel with the hopes of getting your attention. And if you really do want one, go for it! But remember pride is more than flashy rainbows and symbolic gestures. It’s the chance to actually make a statement and have a positive, visible effect on the world at large.) 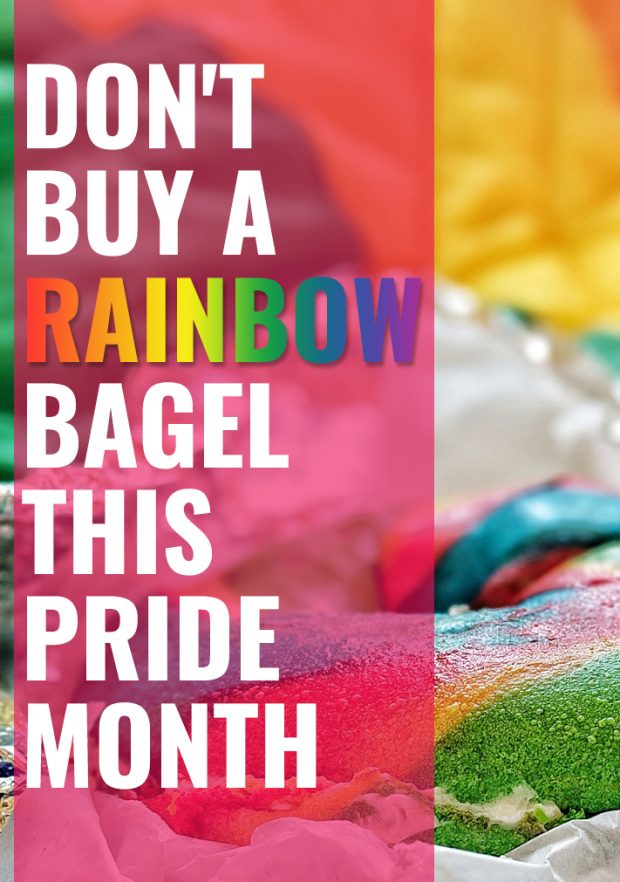