This month marks three years living in Berlin, and as part of my year-long goal to explore more of my adopted city, I’ve spent the past few weeks wandering around to both new and unfamiliar places as well as old haunts. And like most Berliners, today I went to the flohmarkt.

Sundays are usually my least favorite day in Berlin. Mostly because everything is closed. And I mean basically everything. No clothing shops, hardly any convenience stores, certainly nothing big-box. There are literally only seven supermarkets open on Sundays in Berlin (sonntag geöffnet). That’s seven grocery stores for a population over 3 million. And if you think you’d be lucky to stumble into one of those grocery stores on a Sunday, you’ll really just find yourself in the middle of a mob trying to grab the last half-rotten tomato. It’s just not fun.

So, while living abroad in other cities, my Sundays were for shopping, in Berlin, well… I still shop. But I do as the Berliners do and shop at flea markets instead. It wasn’t an easy transition, but the idea that I’m now buying most of my products from independent shop owners and street sellers is kind of comforting. We like to call Berlin a village, and every Sunday that I find myself shopping at a flohmarkt, I can’t help but realize how true that actually is. Berlin is this big, massive, sort-of cosmopolitan city, and here I am haggling for a bike lock while trying on vintage watches and shopping for tableware from a bin. 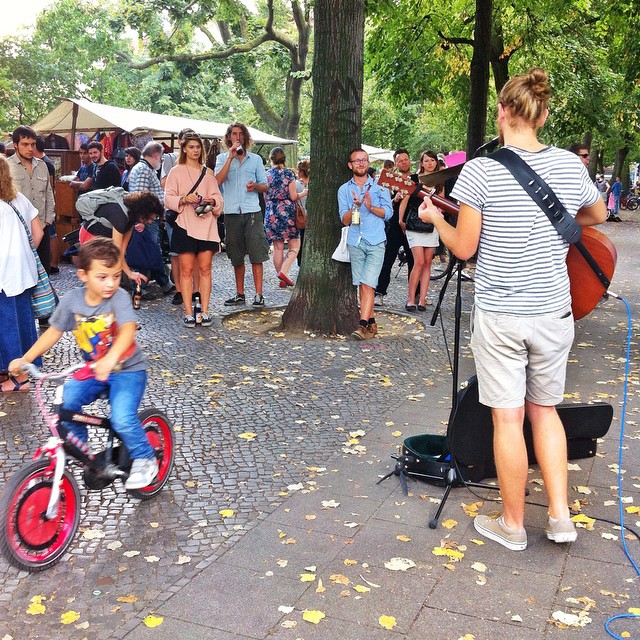 This Sunday in Berlin I found myself at the Bohagener Platz flea market. It’s one of my favorites as it’s not often as crowded as some of the others (looking at you Mauer Park), and it’s still possible to get good crap at a good deal. Plus the grassy park in the middle is a great place to chill out with a beer (and maybe a burger from the nearby burger shop Burgeramt). Like most flea markets in Berlin, you’ll have your random mix of furniture, books, clothing and bric-a-brac, but you’ll also almost always find a few musicians and other street performers. The Boxi market seems to get a strange mix of live acts, everything from acoustic guitars to neon-clad dudes with big hair playing electric keyboard. You never know what you might find.

Nearby the Boxhagener flohmarkt is one of my other favorites: the Revaler Strasse market. Every Sunday, the popular graffiti-covered RAW buildings get converted into a surprisingly posh flea market. I’ve always loved it, though, because of its location and the random assortment of people there. You’ve got the Friedrichshain hipsters mixed in with the tourists come to look for “that Berlin style” and late-night/early-morning clubbers. Recently, though, at the end of the RAW market drag, Neue Heimat has opened up with a Sunday street food, music and art market. It’s basically a beer garden that spans three warehouses with food trucks and stages with live DJ sets & musicians. Fun. 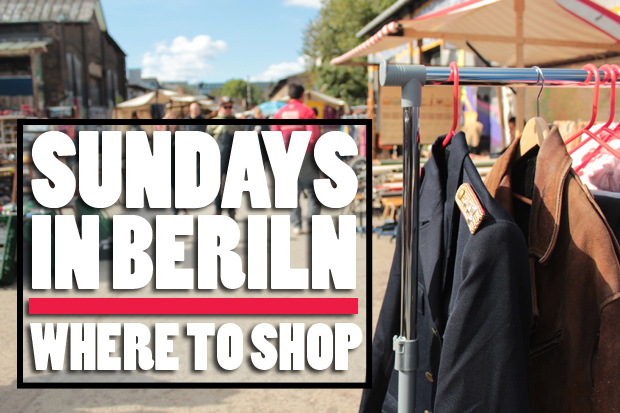 Because of what’s available in Berlin to do on a Sunday, my weekends have come to be a time to decompress and (sometimes) take a digital detox. Shopping in flea markets is just one way I distract myself from the digital world as it requires a certain amount of attention. I’ve definitely come to appreciate Sundays more and more over the years—not because of some crazy-old religious ideology, but instead because they’re just a day to get things done. To decompress and just enjoy what’s happening around in me. Berlin’s been very good to me in that respect. This city really knows how to enjoy a day when there’s nothing to really do. They’ve managed to make the most boring day of the week into the best day. And we’re even just talking about shopping here, not that oh-so-Berlin “church.”

Sundays in Berlin: What You Need to Know 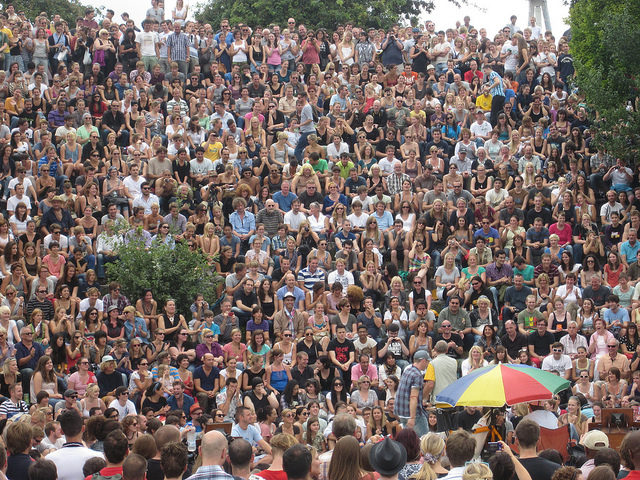 The always popular Bearpit Karaoke at Mauer Park on Sunday afternoons. It has to be the happiest (and friendliest!) place in Berlin!