Toronto, Canada — If there’s ever an event that makes ordinary people feel extraodrinary, I’d venture to argue that it’s a film festival. These events are usually peppered with a healthy dose of celebrities, but part of what makes them such successful enterprises is by involving the local and international artist communities as well. They’re sometimes quite democratic—just about anyone willing to pay the cost of a movie ticket can get into the premiere screenings, so long as your quick to buy your ticket (sometimes you’ve only got milliseconds!).

I had the chance to attend the Toronto International Film Festival at the end of this summer. Though I was only in town for a weekend, I spent a day in the cinema catching some new documentaries.

Artifact, Jared Leto’s movie about his rock band’s complicated business relationship with his record company, had its worldwide premiere at TIFF. The movie was so popular and successful, it won the BlackBerry People’s Choice Documentary Award at the film festival. And don’t think that the film won just because Jared Leto is one hot tamale—the movie was actually quite powerful.

And while the film was a bit one-sided (very few reps from the record agency went on film to discuss the drama), it was still a poignant tale about artists trying to do their work, make a living and hopefully succeed at doing what they love to do. In Leto’s case, that was to make good music. The film featured plenty of artist cameos (my fav: Amanda Palmer) but its real value was in the story it told.

The documentary follows the band 30 Seconds to Mars during the production of their 2009 album, This is War. While producing the album the band was facing a $30 million lawsuit with their record company. The movie follows the band while they were simultaneously negotiating for a new contract and producing a rock album. It was an awesome inside look into how the music and record industries work. 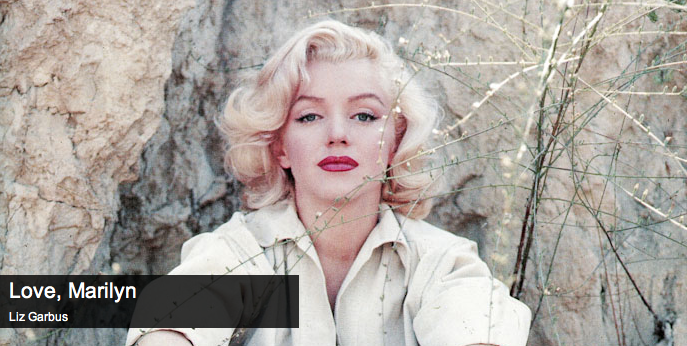 This documentary, Love, Marilyn, is an attempt by director Liz Garbus to bring Marilyn back to life through her own words. Using A-list celebrities such as Glenn Close, Uma Thurman, Marisa Tomei and Lindsay Lohan to read aloud Marilyn’s own words was both moving and sad. You can’t help but feel like an outsider peeking into the messed up world of Hollywood, both old and new. Ben Foster and Adrien Brody voice some of the male influences in Marilyn’s life: Norman Mailer and Truman Capote, respectively.

With clips and movie reels, Garbus doesn’t just tell us Marilyn’s story, she makes us feel it. Using Marilyn’s own words is a powerful technique.

Correction: A previous version of this article listed the release date of This is War incorrectly.