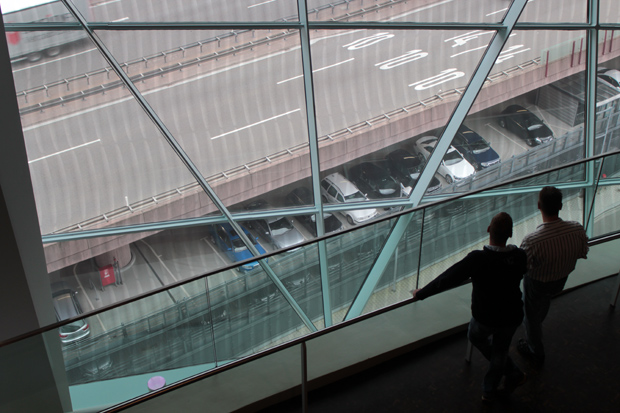 This museum outside of Stuttgart is sure to make you think—not just of cars, but of life!

While in Stuttgart, the unofficial car capital of Germany, I made a trip out to the suburbs to visit the Mercedes-Benz Museum. I’d heard good things about it and was told not to expect it to be like most other car museums. Come to think of it: I don’t think I’ve ever visited a car museum save for the occasional old car show. This museum, however, takes the unusual approach of telling the history of the world, not just of their own brand and cars. The history that their curators have presented relates to transportation, and ergo, cars & the Mercedez-Benz brand, but it’s not just that. This curated history is one of individuality, of human expression, of technology, of the past and the future. Who knew that a brand could be so inspirational?! 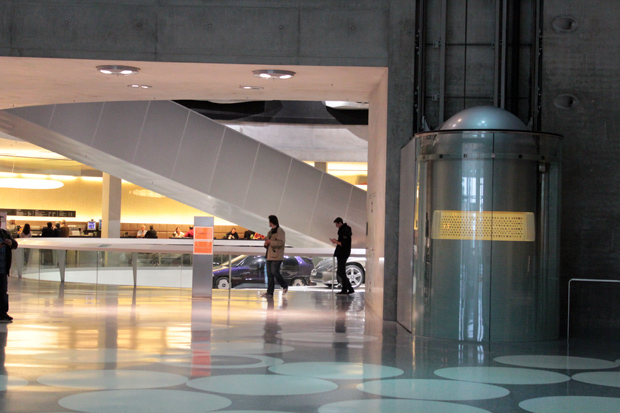 The museum was designed by Dutch architectural firm, UNStudio.

As a student of advertising I’ve always been fascinated with the marketing of car brands. In the 19th and 20th centuries, cars changed the course of the world. If Stanley Kubrick can claim the wheel as one of the first steps toward modernity, engine-powered cars took the wheel and turned it into something modern once again: freedom once more.

Like the advertisements you find in magazines, car marketing involves as much about individual expression & freedom as much as the design, style & power of the physical car manufacturing. In the Mercedes-Benz Museum, you walk from floor to floor, charting the course of history from when cars & modern transportation began. From steam-powered bicycles & trains to, eventually, sports cars and conceptual designs. Along the way are historical markers: photos & brief histories of major world events. Things like women suffrage, Martin Luther King Jr.’s “I Have a Dream” speech, the first Russian cosmonauts and, representing today—social media & Facebook. One sign says,

The globalization process brought with it an increasing move towards individualization. Traditional ways of life were abandoned in favor of new and individual approaches to living – shaped by personal desires and dreams. These in turn brought new freedoms, different lifestyles and a highly diversified range of leisure pursuits. 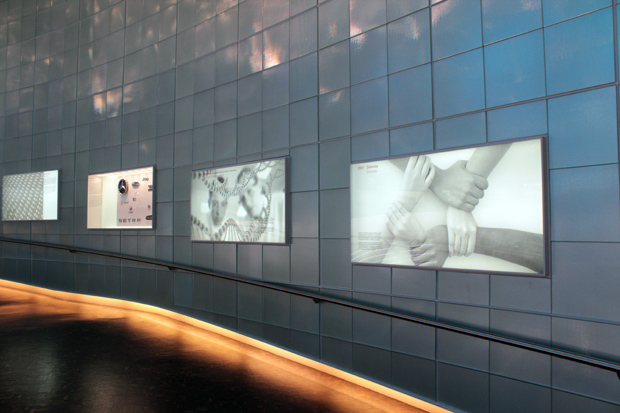 If that’s not a broken down ad for a car (yet far less poetic), I don’t know what is! This museum is brilliant. It’s a living & breathing advertisement for modernity, transportation, individuality and…life itself! And as anyone working on a car advertising campaign will tell you, that’s how you sell a car.

Don’t get me wrong: I’m no car enthusiast. I love driving, I love road trips, but I haven’t owned a car since I was 18. They’re rather luxurious for many cities (where I’ve chosen to live) and not always necessary. But the power and sensation of driving is incredible. It’s the very expression of self, of power, of freedom.

By the end of the museum I felt ready to take on the world. And even if I didn’t buy a car in the gift shop, I still walked out of the building excited and interested in the world around me. Ready to take charge. And to move. Fast and free. 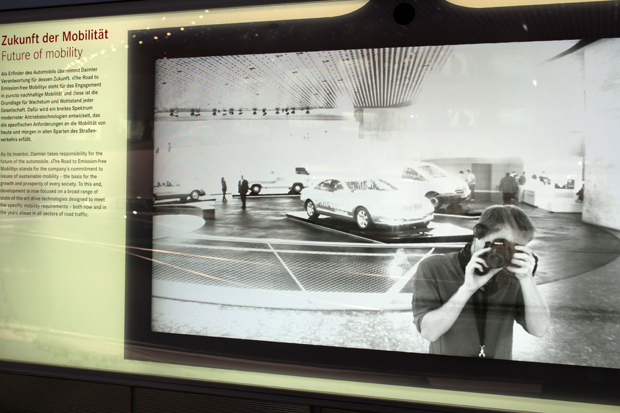 A museum not just for cars, but for “mobility.” What will the future bring?

Tickets for the museum are 8€ (but free on your birthday!). I was a guest of the Mercedes-Benz Museum and Baden-Württemberg tourism during my visit. View more photos from the museum in my Facebook album.