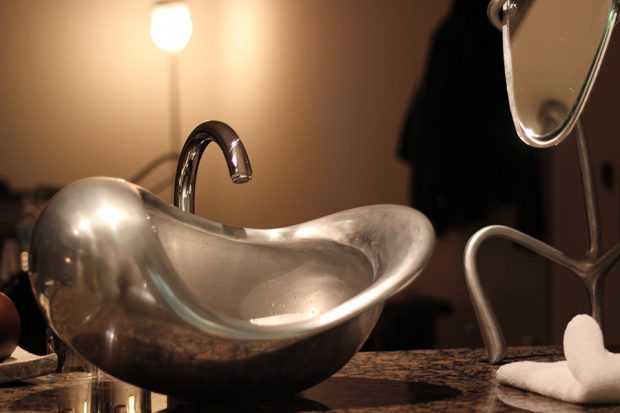 Everything’s smooth and rounded in the bedrooms

A few weekends ago when visiting Hamburg, I stayed at the city’s trendiest hotel—the EAST Hotel, Lounge, Bar & Restaurant. The hotel is a member of the popular and über-trendy Design Hotels group, so I was pretty excited to be staying there for the weekend.

The hotel couldn’t have been in a better location. Just a block from the legendary Reeperbahn (famous for its nightlife and, uh, adult entertainment options), and a few blocks south of the hip and trendy Schanzenviertel. And while the location was great, and the hotel beautifully designed, there was just a sense of too much. Too much design. Too much trendiness.

A hotel with a clear sense of style

While it may have been too much for me and my boyfriend, the hotel’s design objectives were clear and, importantly, consistent. Housed in a former iron foundry, the architect Jordan Mozer obviously incorporated the building’s heritage into the hotel’s design. Hanging lamps in the lobby resemble drops of iron coming from the ceiling. The rooms (all with king-size beds—some even had waterbeds!) feature slick and smooth designs. The sink in my room (above) looked almost like a drop of mercury.

Many hotels claim to have a theme or clear design objective but often miss the mark. That certainly wasn’t the case at the EAST. Instead, maybe they took the design objectives a step too far. While all the drippings (get it? another reference to the ironworks!) and trimmings of the hotel harked back to the building’s heritage, the most uncomfortable connection was the lighting. The hotel was very dark. My room was dimly lit—certainly providing the ambiance required of such a hip hotel, but often impractical.

The hotel has a secondary theme as well, centered around the “eastern” theme for which the hotel is named. With a restaurant serving sushi and each floor named after an eastern spice (jasmin, ginger, etc), the hotel’s focus is definitely on gastronomy. So much so that the hotel reception is even located at the back of the main entrance—past the restaurant and bar. A bit awkward when you show up with your luggage at night and have to traipse through a crowd of cocktail-swigging trendsetters.

A hotel with a clear objective

So the EAST’s design was nice but overstated, but the unstated objective of the hotel was certainly clear. This is a place to have fun—to meet people and enjoy a night out. This was made clear by the fact that the hotel reception is pushed back past the bar. The focus is on the hotel’s own nightlife options, rather than its rooms—similar to the Charlesmark in Boston. The hotel’s amazing location in St. Pauli enhances the coolness factor even more. It’s in the heart of Hamburg’s nightlife options—far enough away from the seedier areas, but not so far from the punk rock clubs & indie bars that a half-drunken walk wouldn’t be uncomfortable. 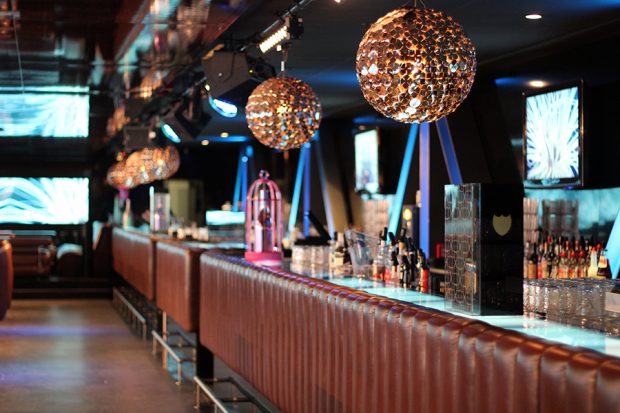 Nightclub for VIP and exclusive guests during the weekend 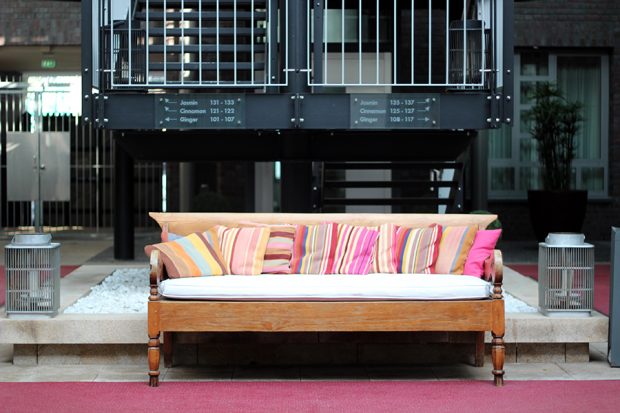 Outdoor courtyard has spots of color 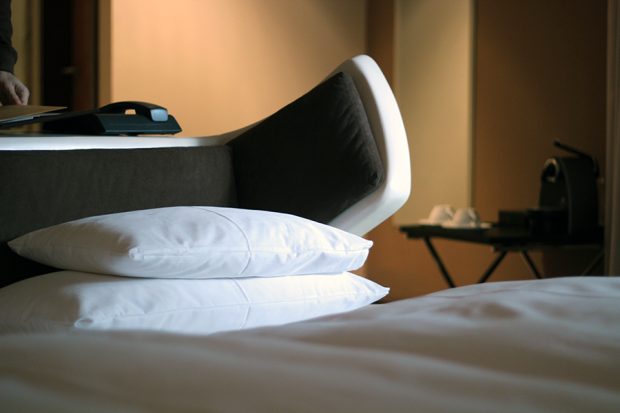 Even the bed frame looks strange with a rounded headboard 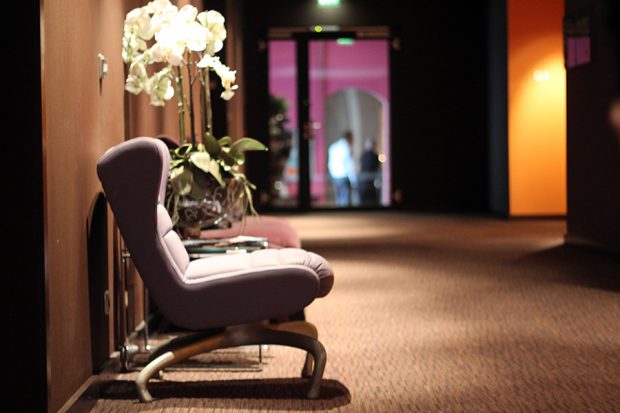 The hotel was dark just about everywhere — in the bedrooms, in the hallways and in the bar/restaurant

Would I recommend staying at the hotel? Despite the dimly lit rooms, everything about the hotel was cool. Cool design, cool people (maybe too cool, even) and cool location. For a winter weekend trip like mine, it was just the type of style I was looking for in Hamburg.

Prices at the hotel are in the basic boutique range. Expect to pay upwards of 150€ per night.