Yesterday was the Zug der Liebe and this is a blog post about it. 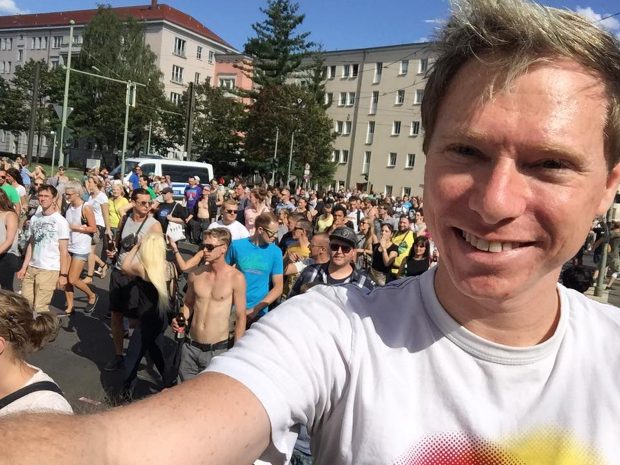 I still remember that first summer I arrived in Berlin. It was 2011 and there were already murmurs of Berlin being “over.” It was a wild, crazy summer with nights drinking outside the Spätis in Neukölln, beers along the canal, skipping dinner for late-night dates and more than a few strangers found in my bed on weekday mornings. I was broke most of that summer, making a few hundred Euros per month and spending recklessly. To be honest, I can’t remember a time since then when I had so much fun.

In Berlin as a temporary and transient visitor, I was always on the lookout for cool things to do—just about anything that involved boys and cheap beer. And that’s when I discovered the Fuckparade—at the time, one of the largest techno/electronic parades in the city. I remember the parade clearly: picking up beers at various Spätis along the route, a snack at some point in the McDonald’s that used to be at Frankfurter Tor, dancing with strangers and a fair amount of nudity (not so much on my part, but others…). As it turns out, the Fuckparade had started in the late ’90s as a protest against the more famous Love Parade. And in 2011, with the Love Parade no more (due to a 2010 disaster which left 21 people dead), the Fuckparade was pretty much the techno street party in Berlin.

This year, though, the techno street party of the summer was the Zug der Liebe—yet another reiteration of the Love Parade from years ago. As Berlin has changed since the ’90s, the idea of a techno street party has changed too. While the Love Parade might have once been the free-spirited, love fest that was necessary in that chaotic decade of change in the German capital, things have changed once again. Berlin grew up. Berlin became more commercial. And so have all these techno events. That’s what the Fuckparade was supposed to be all about—a demonstration against the commercialization. And, this year, in 2015, the Zug der Liebe started that off all over again.

The Zug der Liebe (in English: train of love) was supposed to be more political, more of a demonstration—not just a party. I saw a few signs advocating refugee rights, a lot of ones proclaiming “love for all” but in reality, it did just fee like a street festival. Though admittedly, one of the many after-parties was called a Charity Party.

Following the trucks as they made their way through Friedrichshain (and parts of Prenzlauer Berg & Mitte), dancing to a variety of different techno beats, the pace was fast but fun. As the Zug der Liebe made its way past the East Side Gallery, with the sun setting behind, I remembered why I love Berlin. Loud music, dancing in the street, friendly people and an atmosphere I haven’t found anywhere else in the world. And one that I find increasingly hard to describe—even with the thousands of words I’ve spilled about Berlin.

This city. I just can’t get enough. And with an afternoon dancing in the streets, buying tepid beers from guys within the crowd, glitter everywhere and feathers falling from the sky, the city feels as alive as ever. Berlin may be changing, but with events like this one, somewhat homegrown and certainly run by the people and the participants as much as the organizers, it’s hard not to appreciate what this city still stands for. Love, peace and people. 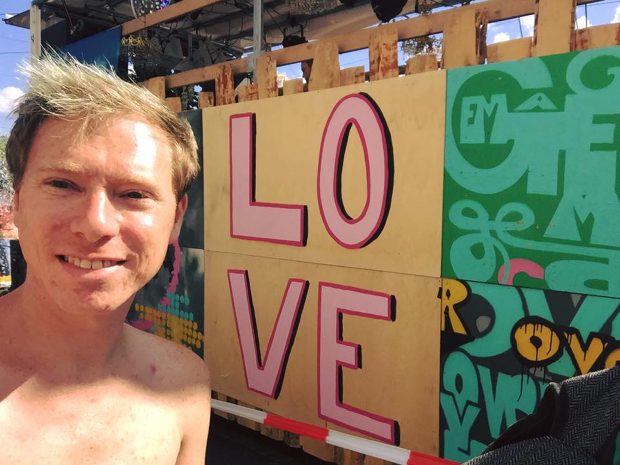 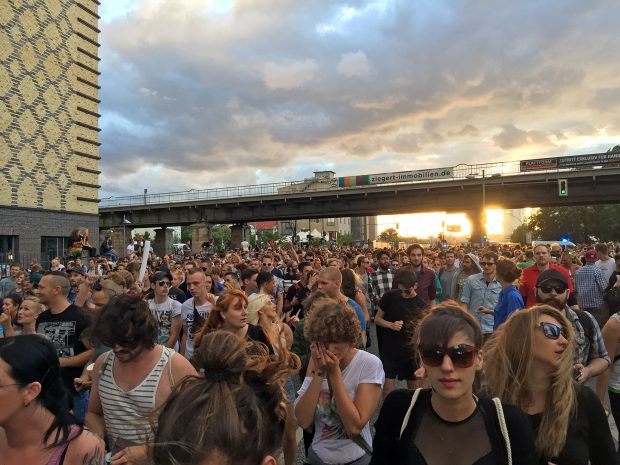 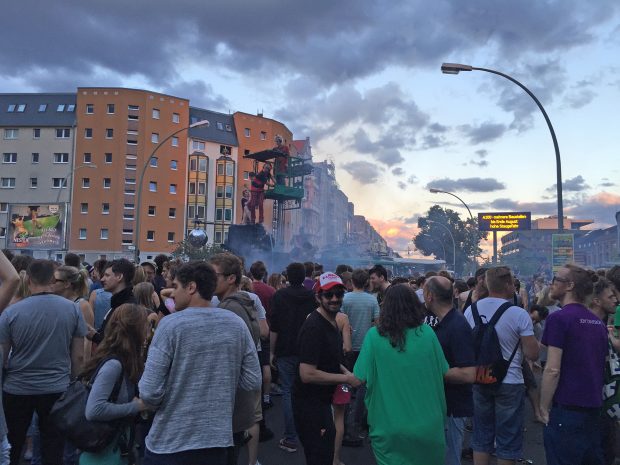 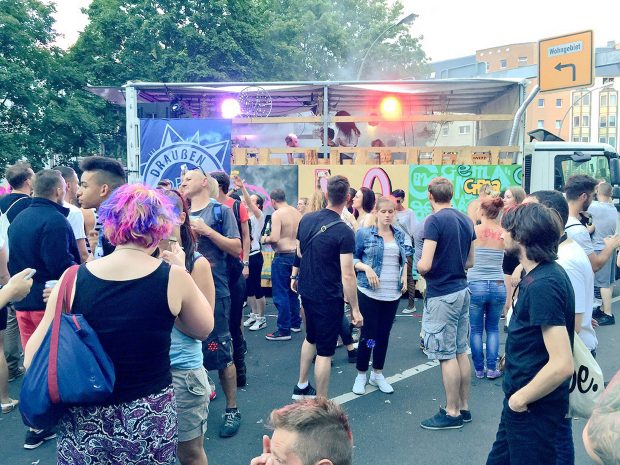 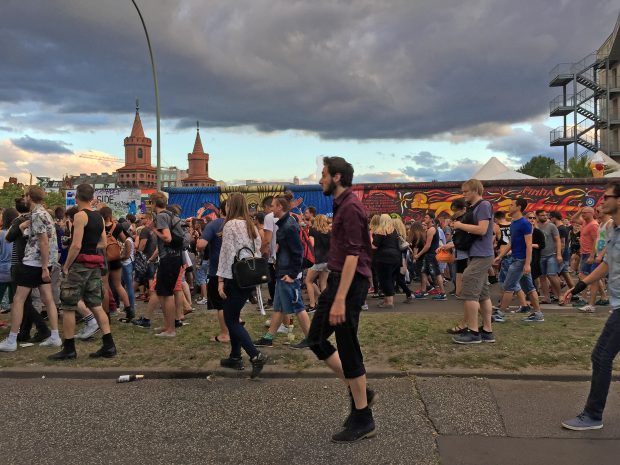 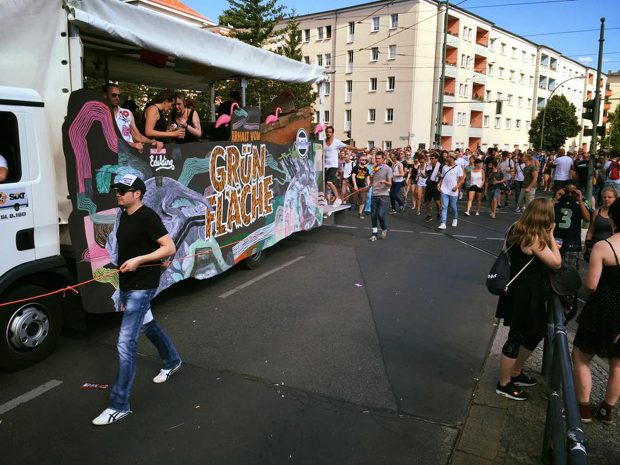 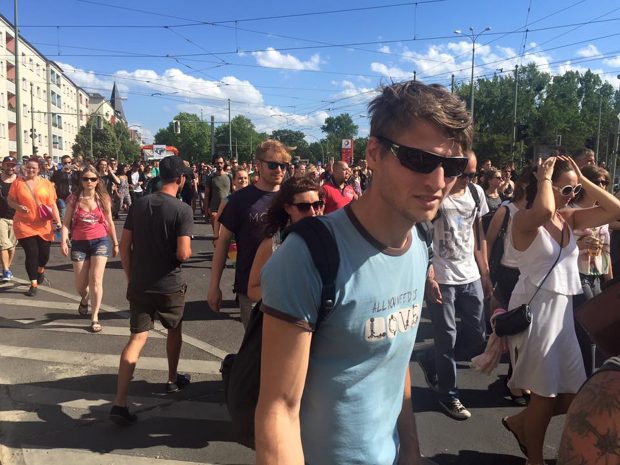 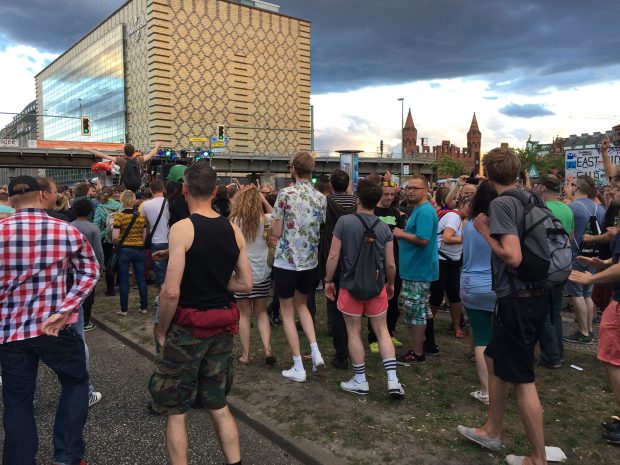 Learn more about the Zug der Liebe on their official website: zugderliebe.org