I just love this time of year in Berlin. This is the second year in a row I’ve had the chance to spend the month of May in Berlin, and I can confirm that it is indeed fantastic. The weather finally starts to improve and with that comes better moods and more chances to spend time outside. Plus, as time moves toward midsummer, days get longer and longer. In Berlin, that means sunset won’t be until after 9pm. The parks fill up with outdoor parties, barbecues and sun-bathers. During the day, there are any number of street festivals and other events.

And it all starts May 1st. 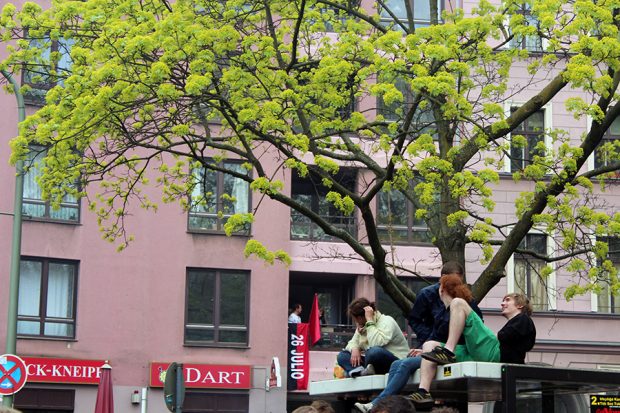 Erster Mai (May 1st) is nothing to be trifled with. Around the world the holiday is celebrated with parties, demonstrations, political protests and rallies. In Berlin, the political capital of Germany, the day has had its fair share of violent history. Up until recent times, there were frequent clashes between right and left-wing groups at political demonstrations in Berlin. Neo-nazis and extremist groups on every side of the political spectrum run demos on the first of May. This year, though, was allegedly one of the safest years to date, with a minimum of car-burnings, riots and attacks on police.

Not willing to get involved in the politics of May 1st myself, I opted to visit MyFest which I also visited last year. The street festival has been around since 2003 and offers a peaceful alternative to the politics that seem to occur elsewhere throughout the city. It takes place around Mariannenplatz, Kottbusser Tor and Görlitzer Park — essentially the most hipster neighborhood in Kreuzberg.

The family-friendly MyFest event is arguably one of the best times of year to visit because of all the positive energy. The street party that happens down Oranienstrasse, though crowded, is so much fun. Who doesn’t love a bit of dancing (and drinking) in the street?! Stages are set up and though I never managed to find a schedule for this year’s event, there was no shortage of bands. Ethnic foods and cheap beer are sold on every bit of open sidewalk and the party goes on all afternoon and evening. While I started my day in an extremely over-crowded u-bahn station, hanging out with friends and meeting new people were definite highlights.

Check out more photos from this year’s event over on my Facebook page. You can also view my new video blog post about May 1st in Berlin and stay tuned for future updates about all the amazing street festivals in Berlin this summer! 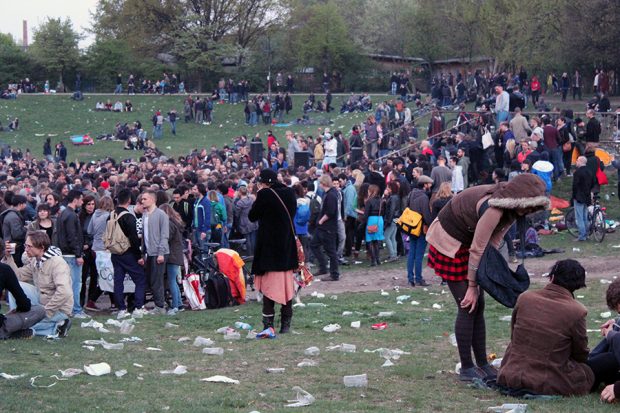