We spent all day talking about it. Lots of questions, comments, ideas. “What do we wear?” “Will there be guys and girls?” “Where do you keep your money once you’ve checked in?”

It was funny, really. No one else in my group of friends had really been to an “underwear party” before. But me, having spent enough time living in Berlin, was relatively familiar with the idea. For the past several years, the Underwear Party has become a staple part of Stockholm Pride—being one of the only mainstream club events where guys and girls strip down together for a night of dancing (and just a little bit of debauchery).

The night started innocently enough. Rather than be the first eager ones to show up for the party, we opted to meet for drinks at a trendy hipster bar I’d recently discovered—Omnipollos hatt. Serving a selection of craft beers, it was just down the hill from where the underwear party was to take place. We chilled with the American bartender for a while, sampling some sour beers (though no free tastes allowed, thanks to Sweden’s heavy-handed alcohol regulations), until getting enough liquid courage for the party up the hill.

This was the first year the party was taking place at a rather popular venue in Stockholm, the Södra Teatern. And as soon as we arrived, it became immediately apparent that the organizers didn’t really know how to throw an underwear party. The coat check line was in total disarray—a mob of guys in their underwear holding their clothes in white plastic bags, waiting to leave them at the desk.

From my vast underwear party experience, this isn’t how things normally go. There’s often a seamless way of getting everyone to strip down and move onto the dance floor. I ended up never even making it to the coat check line, opting instead to carry around my plastic bag with my wallet, phone and pants, leaving it on the side of the stage within sight (or at least near enough within sight). The experience could’ve definitely been better, but anxious to get my booty on the dance floor, I just didn’t care. Plus it meant my phone was going to be a lot more accessible throughout the night for my favorite kind of selfie (the half-naked kind). And besides, this was Sweden. I assumed my stuff would be safe (spoiler: it was).

The party was pretty awesome, despite the initial setbacks. While I generally wouldn’t turn down a room full of naked and mostly naked gay guys, the crowd at this underwear party was definitely mixed: gays, lesbians, probably a few straight people too. In that kind of atmosphere, you just get this energy that’s sexual without all the promiscuity. It’s fun because there’s a tension, but also a normality to it. It feels totally liberating, dancing in whatever clothing, not caring what others are wearing, what others are doing. This is a special kind of freedom.

I realize these kinds of parties might not be everyone’s cup of tea, but I urge you to try them out. Get out of your comfort zone, put on some fun underwear and just get out there and enjoy life a little bit. 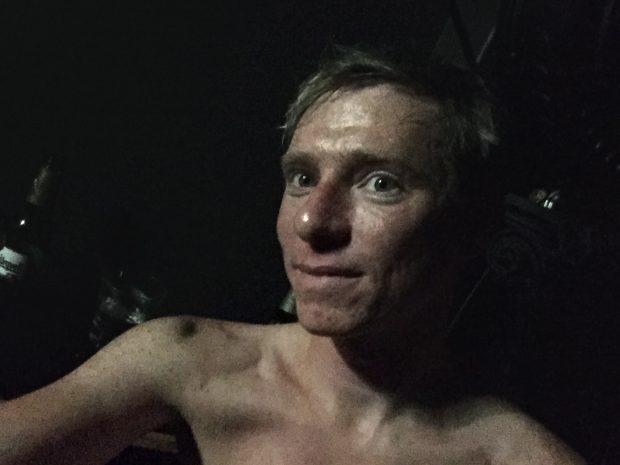 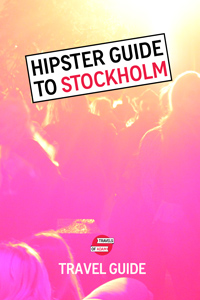 My visit to Stockholm for this trip was part of the #MyGayPride campaign, supported by Gay Star News. Learn more about that here. View the full Hipster Stockholm City Guide for more travel tips.

Want the underwear I was wearing at this party? Check out muchunderwear.com 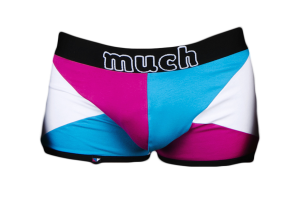