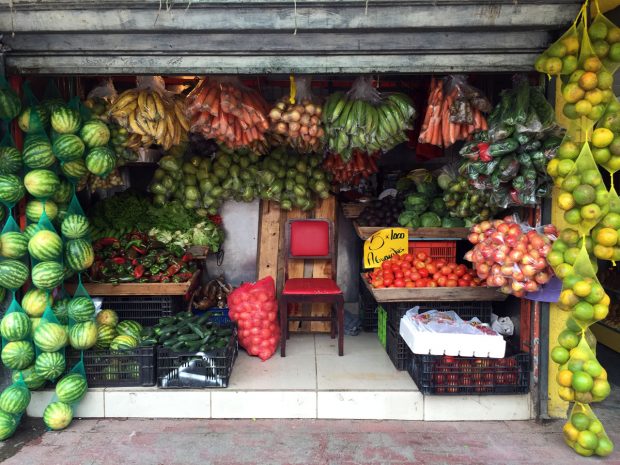 Ancient ruins, pristine beaches, great food, friendly people and good vibes, Central America has it all! Consisting of Belize, Guatemala, El Salvador, Honduras, Nicaragua, Costa Rica and Panama, this region is a popular place to go backpacking because of its cultural density and relatively low prices. Start here with my basic Central America travel tips, or jump down below to read my latest Central America travel blogs.

Most of Central America is an year-round destination, though generally speaking there are two seasons: the dry season and the wet season, and these vary depending on which part of the region you’re in.

For most of Central America, the dry season runs between January and March, while in Nicaragua, Panama and Honduras, it’s from November to April. In those countries, the wet season typically just means an hour or so of heavy rain in the afternoon, while the rest of the time the weather is fine!

Planning a dream trip to Central America? There are so many ways to plan a trip, but the first step is choosing a starting point and an ending point—usually dictated by your flights. Once you know your starting city and final destination, you can connect the dots pretty easily. Here are two suggested two-week itineraries for Central America that can be undertaken relatively easily.

Granada – Ometepe – Arenal – Montezuma – San José – Bocas del Toro – Panama City: Explore the gorgeous colonial city of Granada in Nicaragua before getting out into nature on Ometepe island, a volcanic island in Lake Cocibolca. Cross over to Costa Rica and explore more volcanic landscapes in Arenal before heading to the beach at Montezuma, perhaps for a spot of surfing. Travel over to the capital, San José, to experience some big city life, before crossing to Panama and visiting the magnificent beaches of Bocas del Toro.

Playa del Carmen – Tulum – Caye Caulker – Tikal – Lake Atitlán: Start off in Mexico, taking in the Mayan Riviera and its gorgeous beaches, including the impressive Mayan ruins of Tulum, then cross the border to Belize for some truly spectacular beaches. Head inland towards Guatemala and explore the ruins of Tikal among the jungle, before heading south to Lake Atitlán where you can experience the indigenous culture.

The attitude towards LGBT people in Central America varies significantly from country to country, though in general it is a mostly Catholic region and therefore rather conservative in this regard. Nowhere in the region is same sex sexual activity illegal, but it is tolerated more in some countries than others.

Costa Rica is easily the most gay-friendly country in the region, and the only one that has some form of civil partnership for same sex couples. Be sure to read up on the situation in your specific destination before traveling there.

24 Photos That Prove Why You Should Visit Costa Rica

10 Things to Do in San Juan, Puerto Rico

San Juan is the best place to visit in Puerto Rico for a number of unique and cool things to do—from salsa dancing on the street to enjoying local bars and restaurants, it’s a great weekend destination for a city break

Read More about 10 Things to Do in San Juan, Puerto Rico

Puerto Rico is one of the top LGBTQ travel destinations thanks to a warm and friendly local population and a lot of great gay bars, clubs, and activities year-round

Read More about 9 Gay Things to Do in Puerto Rico

A collection of my travel photos from a weekend in San Juan, Puerto Rico — a surprisingly beautiful, colorful & lively destination great for a city break

My First Time at an All-Inclusive Resort (in the Caribbean, of course)

A surprisingly relaxing weekend of fun and sun in the Caribbean during CHIC Punta Cana’s inaugural Caribbean Pride week ?️‍?

Read More about My First Time at an All-Inclusive Resort (in the Caribbean, of course)

Read More about Photos of Earth – Because it’s Damn Pretty