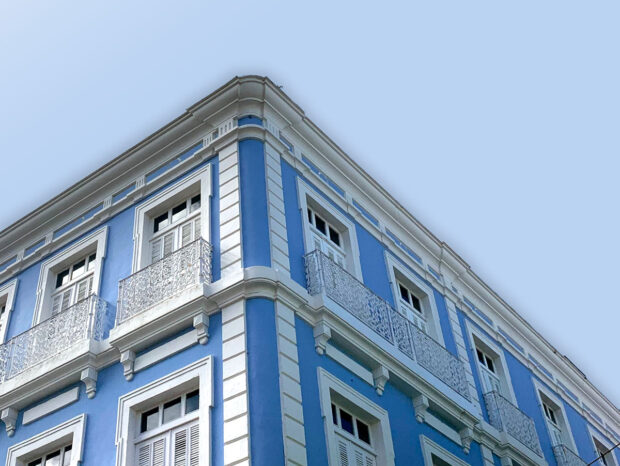 The northeast Caribbean island of Puerto Rico (belonging to the United States) is a great place for a tropical getaway! Because it’s an American territory, no passport is required and travel to the island is relatively easy from most major USA destinations.

As one of the last remaining Spanish colonies in the Caribbean, Puerto Rico has a rich culture, history, and heritage. The island became an American territory following the Spanish-American War, and has since become an integral part of America even without full statehood.

The beautiful, tropical island continues to attract visitors from around the world for its one-of-a-kind wildlife, easy access, and unique history. Read more below with my basic Puerto Rico travel tips, or jump down to read my latest Puerto Rico travel blogs. 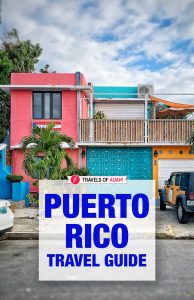 Though many North Americans visit Puerto Rico over the winter season (December to February) to avoid chilly weather further north, probably the best time to visit the island is between April and June when there are the fewest tourists but before the rainy season starts. Another advantage of visiting at this time is that hotels will likely be cheaper and you can get better deals on most tourist activities.

Hurricane season in Puerto Rico can be challenging, and considering the devastating effects of Hurricane Maria in 2017, it may be best to avoid Puerto Rico during late summer, up until October/November. Of course there are still many things to see and do during that period, but travel plans are easily changed and cancelled during the tumultuous weather period.

San Juan, Puerto Rico – The capital of the island,  San Juan is the best starting point for Puerto Rico tourism. It’s also a great place to learn the history of the island, especially in San Juan’s Old Town (and the iconic Castillo San Felipe del Morro). Also to see & do in San Juan: the Barcardi Rum factory, the popular Condado beach resorts, and great day trips to the nearby rainforest.

El Yunque National Forest – Situated in the northeast of the island, this is the only tropical forest in the United States. You can hike through the jungle following the many well-marked trails to discover the fascinating array of flora and fauna. Also, if it’s you’re thing, you can easily spend a night camping in the forest as there are no dangerous animals living in the park, so you know you’ll be safe from predators!

El Morro fort – Also known as the Fuerte San Felipe del Morro, this fortress is one of the oldest colonial structures in the United States, built in the mid 1500s. The views out over the Atlantic from here are quite spectacular, and the possibility to learn about the island’s past make for a great day out in San Juan.

Museo de Arte de Ponce – In the southern city of Ponce, this impressive art museum has a large collection of European, African and American works from the 14th century to present day. It also incorporates an extensive array of folk art from the island that is hard to see elsewhere.

Although it’s a relatively small island, taking a tour around Puerto Rico will save you time and get you in to some areas you might otherwise overlook, so it’s definitely worth your time to consider one.

As part of the United States, Puerto Rico is a pretty tolerant place and visiting as a gay traveler is easy. Much of the island’s gay life is concentrated in the capital of San Juan, and specifically in the Condado neighborhood.

There are also a handful of gay and gay-friendly accommodations in Puerto Rico. In San Juan, the gay-owned Coqui Del Mar hosts regular parties and events, especially around San Juan Pride.

Below are a few of the best things you should know about visiting gay Puerto Rico:

Circo Bar – A great cocktail bar and dance club, this casual place is fun to hang out in the early evening but the party really gets going in the early morning hours. Come for the music, but stay for the cute boys (and go-go dancers)! As the biggest gay club in Puerto Rico, it pretty much attracts everyone—local and tourist—at least once over each weekend.

San Juan Pride (Condado Pride) – Taking place annually in June, Puerto Rico’s small pride parade walks the streets through old town San Juan and attracts participants from all over the island and beyond.

San Juan Winter Pride Fest – In mid-December (and one of the best times to visit Puerto Rico), there’s the Winter Pride Fest with pool parties, drag shows, international DJs, and other special events. For the weekend-long event, those that stay at the Coqui Del Mar guest house get special VIP access to the winter pride parties. 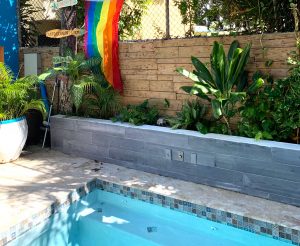 Puerto Rico has plenty of cool and quirky hotels, as well as all the big chains you’d expect. I’ve found that using Booking.com, Agoda.com or Hotels Combined can be really useful for finding last-minute deals.

Coqui del Mar — This boutique guest house (420-friendly) located in the Ocean Park neighborhood of San Juan is convenient to getting around much of San Juan—just 15 minutes to the airport, 15 minutes to Old San Juan, or a 10-minute walk to Condado Beach. At Coqui del Mar, you’ll get a taste of a true Boricua (Puerto Rican) experience.

They offer weekly on-site classes on how to make mojitos (yumm!) as well as traditional Puerto Rican cuisine. For maximum comfort, the guest house also has two pools (one of which is clothing-optional), a jacuzzi, apartment-style rooms with full kitchens, and free bike rentals. Even better? It’s only a 2-minute walk to the beach!

10 Things to Do in San Juan, Puerto Rico

San Juan is the best place to visit in Puerto Rico for a number of unique and cool things to do—from salsa dancing on the street to enjoying local bars and restaurants, it’s a great weekend destination for a city break

Read More about 10 Things to Do in San Juan, Puerto Rico

Puerto Rico is one of the top LGBTQ travel destinations thanks to a warm and friendly local population and a lot of great gay bars, clubs, and activities year-round

Read More about 9 Gay Things to Do in Puerto Rico

A collection of my travel photos from a weekend in San Juan, Puerto Rico — a surprisingly beautiful, colorful & lively destination great for a city break

Wombat Wednesday is a photo series showcasing the travels of Mr. Wombat. Who is Mr. Wombat? Well, he’s a stuffed wombat I brought back from Australia. Why? Because wombats are awesome—especially Mr. Wombat who has been all over the world. Kind of. Australia’s been on my mind. And though this photo wasn’t taken in Australia, …

Wombat Wednesday is a new photo series showcasing the travels of Mr. Wombat. Who is Mr. Wombat? Well, he’s a stuffed wombat I brought back from Australia. Why? Because wombats are awesome—especially Mr. Wombat who has been all over the world. Kind of. I probably should’ve used this photo last week since you can clearly …