Travel tips, blogs and photos from Costa Rica — one of Central America’s most LGBT-friendly destinations and one of the world’s most eco-friendly countries. A great destination for every type of tourist!

The most developed and perhaps safest country in Central America, Costa Rica is known above all, for its incredibly biodiversity. But as well as being home to all kinds of weird and wonderful wildlife, this small country also has some amazing beaches, vibrant cities, friendly locals and good, cheap food, making it an ideal destination for a tropical vacation! Start here with my basic Costa Rica travel tips, or jump down below to read my latest Costa Rica travel blogs.

Though there are roughly two seasons in Costa Rica (wet and dry), the elevation and fact that it is the narrowest point of land between the Atlantic and Pacific Oceans mean that the country’s weather is variable most of the time meaning you should come prepared! November to April is typically dry and occasionally windy, while May to October is wetter with sunny mornings and afternoon rain, though this is typically when many hotels offer discounts.

Other things to keep in mind when planning a trip to Costa Rica are its many annual festivals. In February, it’s carnival season, with many towns around the country holding their own traditional carnival taking over the streets and filling hotel options fast. The Fiesta de los Diablitos in Boruca takes place every December and the town is taken over by a frenzy as locals wear masks to represent ancestral spirits and dance to reenact a victory over the Spanish.

Find a hidden beach – With an extensive coastline facing both the Atlantic and the Pacific, there are unsurprisingly hundreds of beaches to visit in Costa Rica. One that is particularly recommended is located only 10 kilometers from Puntarenas, the small, hidden beach of Playa de Doña Ana with black sand and strong waves is a great stop for sunbathing and for swimming. It has an entry fee (like most of Costa Rica’s national parks) but some services are available, including parking, a restaurant and grills for your own use.

Eat all the things – Costa Ricans take eating very seriously, and they often have a serious sweet tooth! Coffee is also a vital part of the local cuisine, and that even as sweet as the Ticos might be, they still like their fruits sour. There’s a lot of unique and unusual fruit and food combinations to try in Costa Rican cuisine, so don’t be scared – give it a try!

Explore San José – Though it is often left out of many itineraries to Costa Rica, the capital city has a certain charm of its own and it’s worth exploring. The markets, theatres, museums, contemporary art galleries and green spaces are all pretty cool, and it’s also a great place to base yourself for daytrips to some of the natural wonders nearby in the center of the country.

Though it’s such a small country and you can easily drive across it from one ocean to the other in a couple of hours, it is so packed full of natural wonders, quaint historical towns and other fun things to see, it can still be worth taking a tour to save yourself time and hassle. Take a look at this selection of Costa Rica tours.

Probably the most gay-friendly destination in Central America, Costa Rica is an easy place to visit for queer travelers and the gay community in is largely welcoming and politically active. Since most people live in the capital, it’s no surprise that most of the gay life is to be found there. Here are some things you should know about in San José.

La Avispa – A salsa club, which also offers queer salsa lessons for anyone interested in learning and having fun with it. Uniquely, it’s one of the only queer clubs in the city that is intended for both men and women, making for a dynamic and quite different crowd than the other places.

El Trece – One of our favorites, and probably the best place in the city for karaoke (even though it’s often done as a group activity here!) to a soundtrack of mostly Latin American music from the ’80s and ’90s, with a lot of lyrics about broken hearts and emotional disappointments!

You can find all kinds of accommodation around Costa Rica, from budget to luxury and I’ve found using Booking.com, Agoda.com or Hotels Combined is a great place to start and can be really useful for finding some amazing last-minute deals. 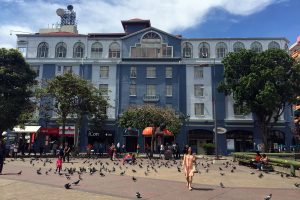 24 Photos That Prove Why You Should Visit Costa Rica 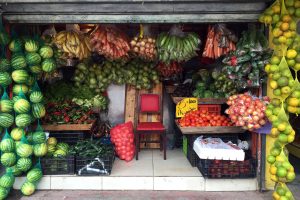 Taste the best local foods of Costa Rica – from the tropical fruits to typical Costa Rican meals like the casado and gallo pinto, the essential foods to try 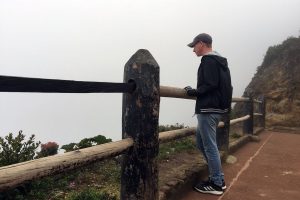 Since studying Spanish intermittently throughout my life, I’ve picked up enough basic phrases and words to get by in most… 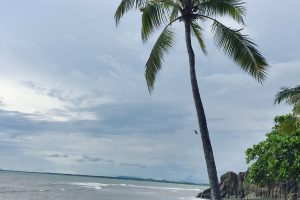 A first time visitors guide to Costa Rica including specific travel tips on when to go, what to do and tips for San José and Manuel Antonio 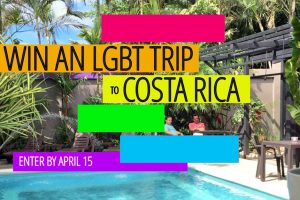 I visited Costa Rica this past November and fell in love with the country—the food, the natural beauty, the beaches…