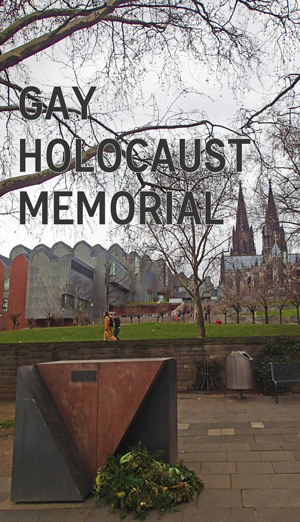 With nearly 10% of the local Cologne residents identifying as gay or lesbian (according to Cologne’s official gay travel information), the city has quickly become one of my favorite German cities. Maybe it’s the upbeat attitude of the local residents in Cologne. Maybe it’s the innate friendliness that seems to define the city. Or maybe it’s the fact that people will actually start conversations with strangers on the street. This open-minded attitude and friendly atmosphere makes Cologne a friendly and fun place to visit — and it’s why I’ve been back twice in the past six months!

When researching gay things to do in Cologne, Germany, one of the things I kept coming across was a memorial for gay and lesbian victims of Nazism (National Socialism as the Germans say). The memorial was inaugurated in 1995, well before the more popular one in Berlin, but still later than a similar memorial in Frankfurt. The memorial’s official name is the Rosa Winkel Mahnmal and it’s conveniently located along the Rhine River within walking distance to Cologne’s most important tourist attractions. With the Museum Ludwig and the Cologne Cathedral in the distance, it’s a rather photogenic spot as well.

The memorial is also located near the steps up to the Hohenzollern Bridge — where thousands (millions?!) of love locks have been left by locals & tourists from around the world. This same area was once a meeting place for gay & queer Cologne residents when being gay wasn’t quite as open. That’s in line with the same Holocaust memorial in Berlin located in Tiergarten park — a once-popular meeting ground for gays.

The monument is reminiscent of the pink triangle which was used by the Nazis to identify gays in the concentration camps.

Memorial for Gay and Lesbian Victims of Nazism 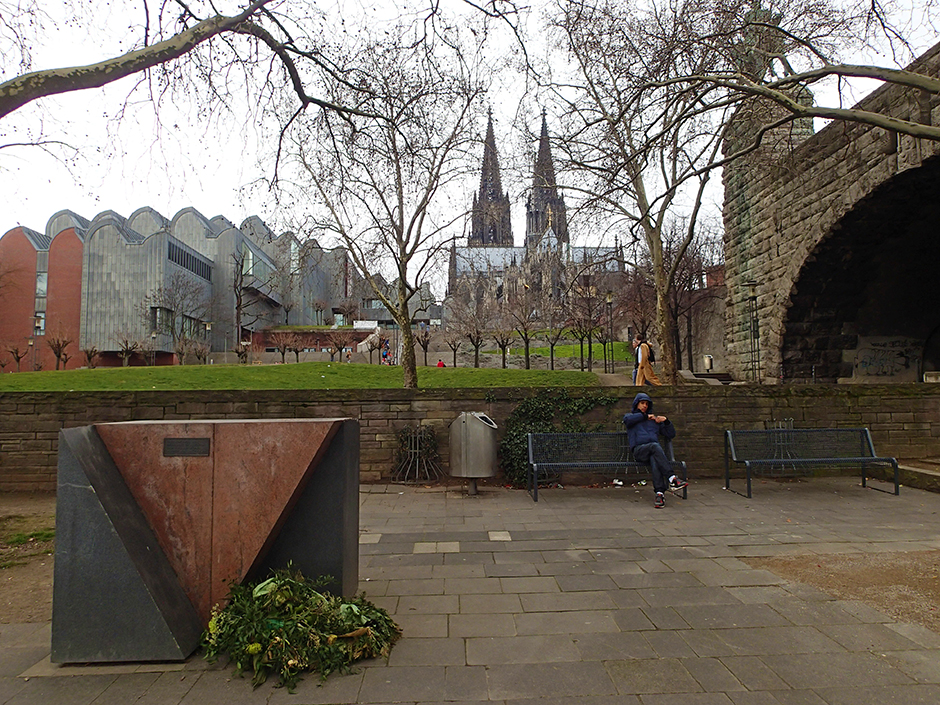 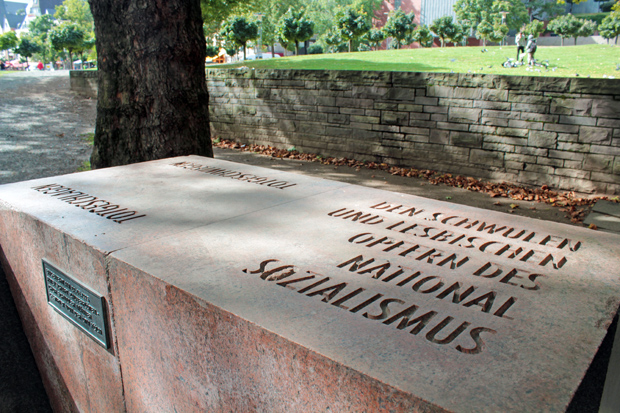 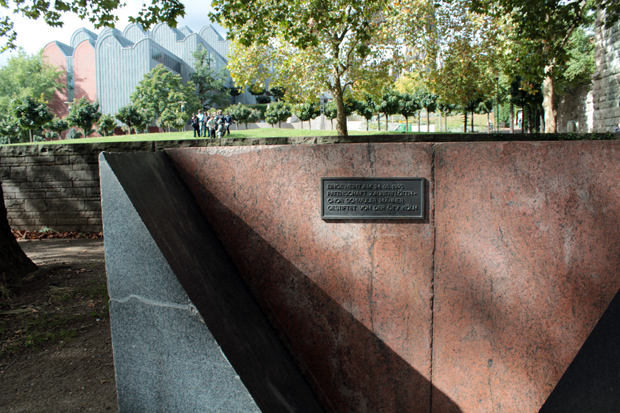 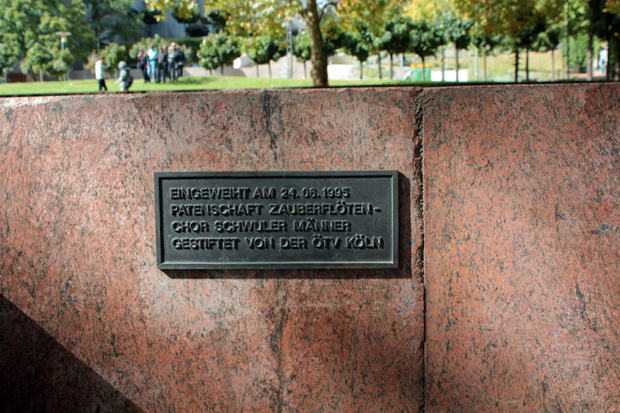 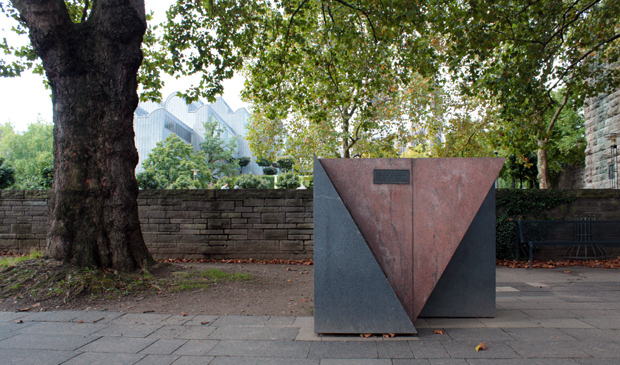