Travel blogs and features from one of Germany’s most colorful cities: Cologne (Köln)

Germany’s fourth largest city is more interesting than you think. With cool events, trendy cafés and a vibrant, colorful culture, there’s a lot more to the city than just a really big church. Start here with my basic Cologne travel tips, or jump down below to read my latest Cologne travel blogs.

Summers in Cologne can get hot and quite humid, but fall, especially September, with the changing colors and slightly lower hotel prices can be the perfect time to visit Cologne for sightseeing in terms of weather. Winter does get cold and frosty, but the festive atmosphere can be lovely, after all, Germany does really know how to do Christmas markets!

Best Things To Do

Visit Museum Ludwig – Situated just behind the famous Cathedral, the Museum Ludwig is one of Germany’s best contemporary art museums. They’ve got a great permanent exhibition including works by Andy Warhol, Roy Lichtenstein and one of the largest collections of Picasso’s work anywhere in Europe.

Explore Ehrenfeld – Ehrenfeld is one of Cologne’s coolest neighborhoods. Many street artists from around the world have left behind murals and other public art pieces. Check out the streets around Ehrenfelder Bahnhof for some large-scale murals. The yearly Cityleaks festival takes place here every September and includes several urban art tours, exhibitions and performances.

Leave a lock on Cologne’s Love Lock Bridge – Hohenzollernbrücke is covered in what must be thousands (if not millions) of love locks. They might be pretty cheesy, but the hundreds of colors, inscriptions and engravings made it more interesting than it may initially seem. Plus it’s a great place to take some photos!

Cologne has a lot to see. Take the stress out of finding your way around the city by taking one of these Cologne tours.

With nearly 10% of the local Cologne residents identifying as gay or lesbian, Cologne has a reputation for being Germany’s gay city. And that reputation certainly isn’t without reason – here are some of the most important things to know about gay Cologne.

Memorial for Gay and Lesbian Victims of Nazism – The memorial’s official name is the Rosa Winkel Mahnmal and it’s conveniently located along the Rhine River within walking distance to Cologne’s most important tourist attractions. Inaugurated in 1995, it pays homage to the gays and lesbians who lost their lives due to the Nazi regime leading up to the Second World War.

Carnival – Around one million people visit Cologne for Carnival every February and the costumes are really a sight unto themselves! This street party is really for everyone, and it’s a tradition carried out across the German speaking world, but being the gay city it is, Cologne manages to make it extra gay!

Pride – In June, Cologne hosts one of the largest gay pride events (locally know as Christopher Street Day) in Germany. Centered around Rudolfplatz and the Belgian Quarter, the festivities include live outdoor musical performances, the all-important parade and multiple parties in the evenings.

I’ve always found that using Booking.com, Agoda.com or Hotels Combined I get the best deals especially for last-minute trips. 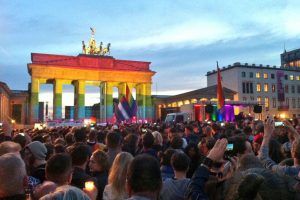 Germany is Europe’s most queer country according to a new LGBT report. Here’s all you need to know about traveling to gay Germany 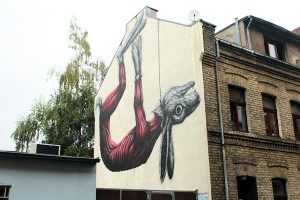 Ehrenfeld in Cologne is a great place to discover Cologne street art. This mural by Belgian artist ROA is one of the highlights 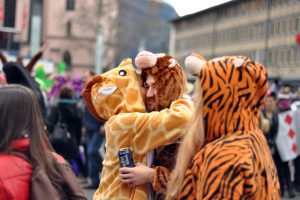 27 Photos That Will Make You Want to Visit Cologne Carnival

Looking for travel information for Cologne during the Carnival (Köln Karneval?) – Look no further for the best photos & travel tips! 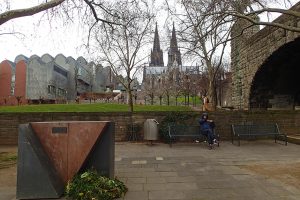 Cologne Memorial for Gay and Lesbian Victims of Nazism

Photos and information about the Memorial for Gay & Lesbian Victims of Nazism. One of Germany’s three gay Holocaust memorials 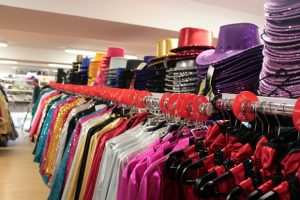 Cologne Carnival: What have I gotten myself into? 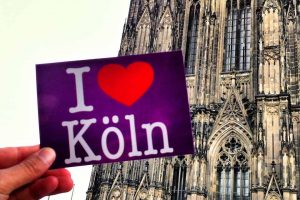 Cologne, Germany is More Cool Than You Think

Travel guide to the best things to do in Cologne (Köln), Germany. My super interesting guide includes the best restaurants, bars & shopping 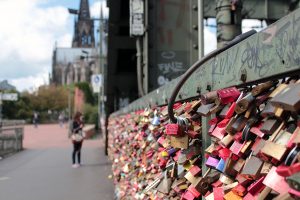 Cologne’s love lock bridge, Hohenzollernbrücke, is one of the more interesting (and photogenic) tourist attractions in Cologne