Hey hey, a quick note! This is really just a travel blog but seeing as how this is a question I receive quite regularly, I wanted to lay out my own personal answer. 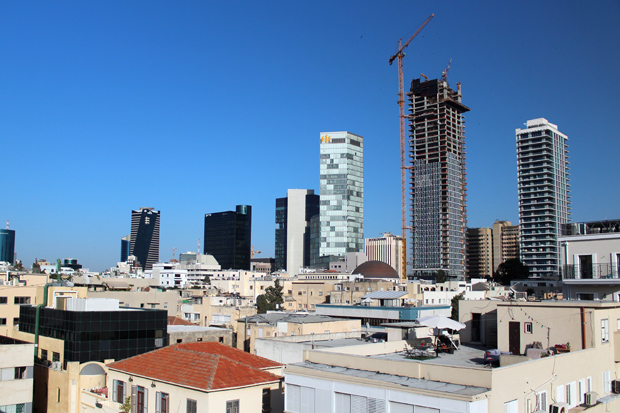 This is one of those questions I asked myself a hundred million times before I first set foot in Israel. At the time, I really didn’t understand the Israeli-Palestinian conflict. I knew of vague words like “terrorism” and “gaza” and “hamas” but didn’t fully understand what it all meant. Plus, my first visit came just a few short months after the famous flotilla incident in 2010. I’d read all the news, sure, but my geography was really out of perspective.

It wasn’t until I crossed the border into Israel the very first time (by foot at the Taba-Eilat crossing) that I realized what this tiny Middle Eastern country is truly like. That first visit came after a month backpacking Egypt (pre-Arab Spring) and the clean, modern buildings of Eilat and flashy beach resorts were like a shock of fresh air and familiarity.

To be honest, Israel is nothing like I’d ever previously imagined. Since my first visit in 2010 I’ve returned on multiple occasions. Each visit has been different than the last and to give you a better sense of my perspective (before I answer the title questions), I’ll outline my visits:

So, the big question.

In my experience, yes. Following last year’s brief autumn war with Gaza, I visited Israel less than two months after the ceasefire. Any remnants of the rockets that flew over the country earlier were no longer visible. My friends in Tel Aviv spoke of a few scary incidents when bomb sirens had gone off (though none landed). But other than that, life appeared to move on quickly for the Israelis—for better or worse. And while visiting the West Bank of the Palestinian Territories (now Palestine) is often very safe and easy for tourists, I’m sure these skirmishes make life very difficult for the locals. From a tourist perspective, though, it’s a different story. And the skirmishes and wars almost definitely hurt tourism in the industry, which is truly unfortunate considering the incredible sights to see both in Israel and in Palestine.

So even with news about renewed skirmishes in the Golan Heights and political games with Syria and the UN, I’m never really worried about traveling back to Israel. Or to Palestine for that matter. As a tourist in the Middle East, you often have more rights and freedom than the locals. In Israel and Palestine, for example, Israelis aren’t allowed to enter some areas of Palestine, while Palestinians have many restricted rights in areas of Israel. With my American passport, though, I’m often able to pass checkpoints without much hassle.

Now: before the comments turn into a mess of pro-Israel and pro-Palestine remarks, I just want to say this…I’m very much on the left of the political issues affecting Israel and Palestine. In all my travels to the region, my visits to Israeli and to Palestinian cities have always been safe and I’ve never felt threatened. Saying that, however, there are many instances where I’ve felt uncomfortable.

Holding hands with a boy in some parts of Jerusalem, I didn’t feel safe. But kissing a boy on the beach in Tel Aviv felt much more safe. Walking down the street in Nablus, I felt perfectly safe and enjoyed the many (countless, really) friendly interactions with shop owners. And yet sometimes in south Tel Aviv, walking through the area around the Central Bus Station, I just felt…uncomfortable. (This is the area historically with many refugees and immigrants.) And while seeing lots of young Israelis walking around with guns may be comforting for some, the Israel Defense Forces (IDF) that you might spot anywhere (from wearing flip-flops on the beach to sitting next to you on the bus), make me very uncomfortable. I don’t like guns.

From the “terrorism” perspective, I think Israel and the West Bank of Palestine are still pretty safe to visit. Though if the country and its neighbors were involved in some sort of missile-swapping, I’m pretty sure I wouldn’t travel there during the same period. But these skirmishes are rare and often only seem to last days before the United Nations or other international observers step and and get everyone to chill out (often after far too many casualties). As always, the travel warnings from the USA and the UK are good places to check current travel safety precautions: