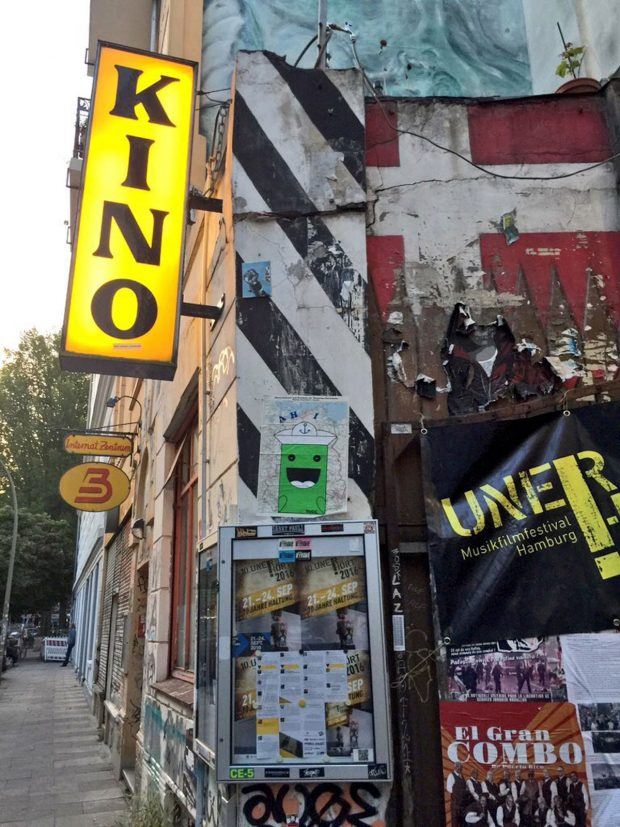 It was just a few blocks from the loud and chaotic mess that’s the Reeperbahn, but I felt like I was a world away. Walking down Talstrasse – Hamburg’s unofficial “gay street” in Saint Pauli – passing the gay sex kino and the cozy Berlin-style bar 3 Zimmer Wohnung, there was suddenly a small oasis of green in the form of Paulinenplatz. It was noticeably quieter, and as I turned down Brigttenstraße looking for my next venue, I spotted the familiar “Kino” sign in neon orange. But unlike the kino signs lining the Reeperbahn and its direct streets, this wasn’t a sex kino.

There was a courtyard and colorful graffiti lining the walls. And a small, unassuming entrance to the B-Movie theater with a handful of hipsters spilling outside. Girls wearing knit tops and a skinny guy in a beanie and cardigan. Grabbing my ticket from the bar (and a Club Mate for a cool 2€, the cheapest I found in Hamburg), I found a seat in the back of the small theater. The room couldn’t possibly accommodate more than 60 people and half-full, the movie started unpredictably late.

The Reeperbahn Festival, inspired by SXSW in Austin, has been around for 10 years. It’s become one of Europe’s premier festivals for music—certainly the best and the biggest place in Germany to discover new artists and learn of new tech trends in the music industry. But with 40,000 visitors each year and over 230 different programs, the festival can feel a bit overwhelming. Especially considering it’s meant to be a place for discovery, so if you’re not already in-the-know, it’s hard to really know who to see, when or even where. The Reeperbahn App helps–with detailed (and surprisingly flowery) descriptions of all the acts. I found it easiest to scan the app every few hours and play a sort of Reeperbahn Roulette. But, on Saturday night, scanning the app I immediately spotted what I was looking for all weekend–something gay.

VICE Noisey and the Unerhört Film Festival featured a small film program at B-Movie, Hamburg’s small indie movie theater, on LGBT Jamaicans. Two documentaries paired with one another–one (from Vice), Young and Gay: Jamaica’s Gully Queens, and a second, Out and Bad:London’s LGBT Dancehall Scene, on London’s queer Dancehall movement, specifically profiling those that set up Bootylicious club nights which started in the early 2000s.

It was an interesting choice on the program, a far cry away from the ridiculousness of the Reeperbahn’s hyper-heterosexual atmosphere. But a smart addition to the program, truly reflective of what St Pauli the neighborhood has come to represent–a place for multiculturalism, diversity and openness. With the Reeperbahn Festival’s efforts to showcase a diversity of musicians and styles, a documentary on queer Dancehall was a welcome addition to the itinerary.

Music has been a part of queer culture for a long time, but only recently has it started to come up more often in mainstream media. This year alone there have been a handful of high-profile documentaries released dealing with LGBT music, dance and nightlife. Strike A Pose premiered at the Berlinale International Film Festival in February this year—a documentary on the young male dancers from Madonna’s controversial tour in the 1990s that’s made waves because of the high profile characters and the touching, emotional journey during one of the 20th century’s most important musical acts. Kiki, also released during the Berlinale in 2016, has received an equal amount of praise and admiration for its beautiful documentation on the fringe LGBT culture of NYC’s kiki dance community.

Queer history is largely ignored in most educational settings, but with music, it’s definitely had a renaissance this year. From David Bowie’s pansexual glam to queer-baiting artists of today (looking at you, Nick Jonas), queer culture has played an important part in music history. And yet at many music festivals, queer culture is often ignored or sidelined. In our simultaneously hyper-sensitive and more LGBT-friendly world, the queerness of our music industry is either played up or toned down, depending upon circumstances and audiences. There’s queer history and music history, and queer music—and at this year’s Reeperbahn Festival in a small, half-full indie movie theater, a room full of people discovered the overlapping aspects of each.

It was refreshing and inspirational. But also: important. 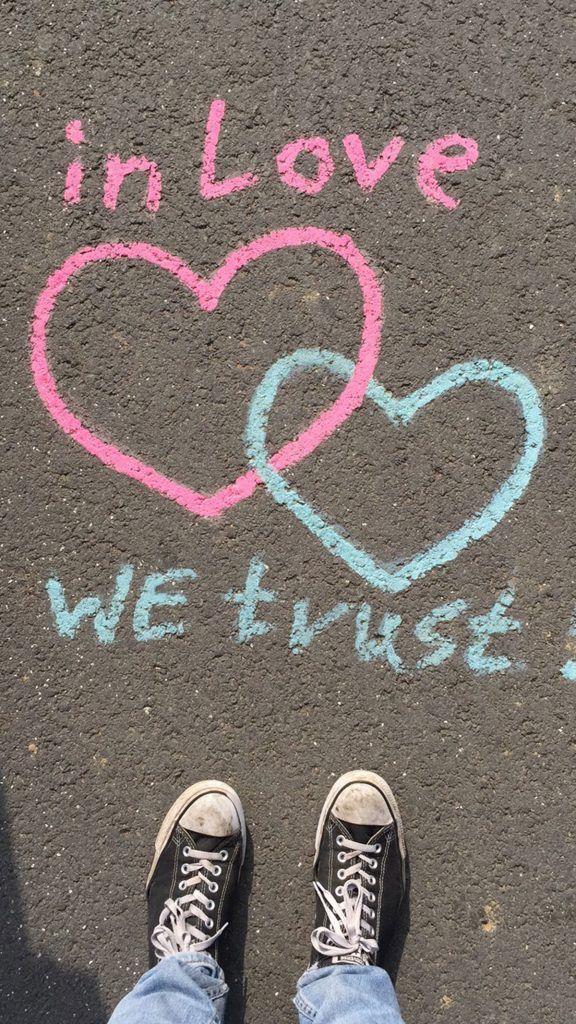