SPONSORED – Here’s a little secret. I’m kind of obsessed with sending mail. I’m not always good at—I’ve missed a lot of holidays when I could’ve sent greeting cards. But when I remember, I love sending mail home to my family, or to my friends abroad—or even when I’m abroad and want to send a postcard!

When I was a kid (and a super dork), I used to imagine building intricate postal systems and post offices. I’d sketch out bizarre and weird post offices on graph paper, pretending to be some sort of magician-architect responsible for connecting mail from a sender to a receiver. I’d sketch out an entire mail system and imagine all the crazy ways to send mail from one person to another.

Eventually I grew out of it, but that passion for the post stayed. I’ve tried to mail crazy things in the past—a piece of an old Converse shoe and even an autumn leaf that I pressed between two pieces of clear packing tape (with a postage stamp on the back). It was simultaneously fun to see what weird things I might be able to get through the mail, and also fun to get a response back from a friend when they received something outrageous from me.

Our international mail systems are so intertwined into our culture and our life, but still sort of hidden from reality. We don’t really see how mail gets from one place to another, or know how it all works. It’s that mystery that I love. 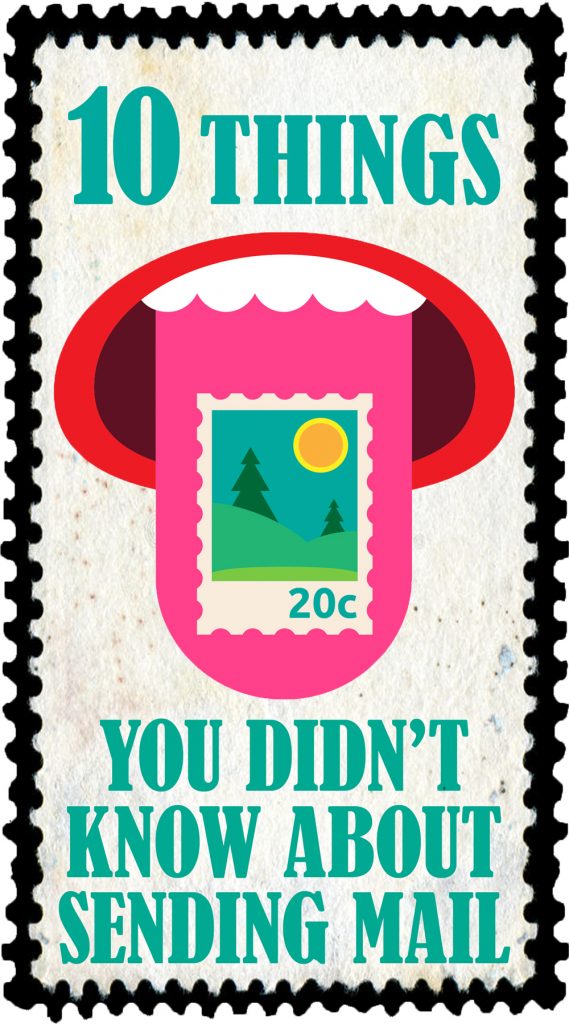 This year, I’ve been working with MyPostcard.com to showcase how sending postcards can be fun and enjoyable—and incredibly easy! With them, we’ve come up with a bunch of fun facts about the postal system, about sending mail, and about all the weird and wonderful things part of the postal history. Check out the fun facts below and read more fun facts on the MyPostcard.com blog. 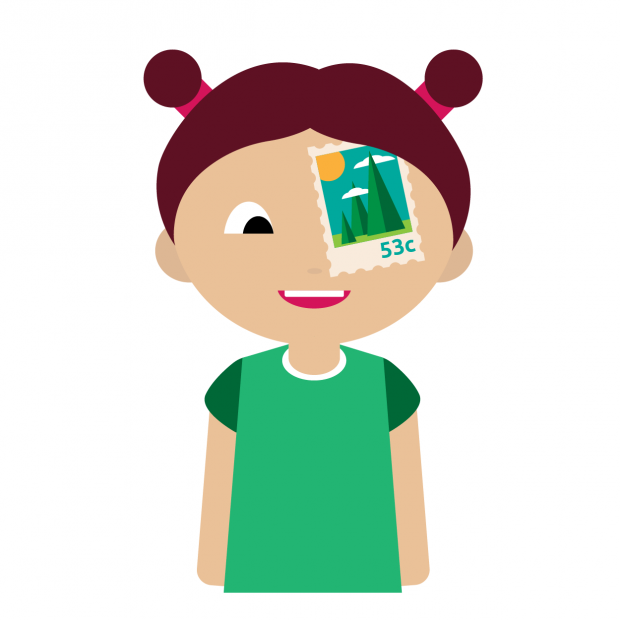 Yep, it’s true. In 1914, a young girl May Pierstorff was sent by post for just 53 cents. Her parents sent her from Grangeville, Idaho to her grandmother’s home in Lewiston, Idaho. She traveled via train; it was cheaper than a train ticket!

At the time, the price for sending chickens under 50 pounds was cheaper than a travel ticket, so May’s grandmother took advantage of the premium post rate. Many rural communities trusted the postal workers and with the right connections, sending children by post was entirely possible.

The practice of sending people by post wasn’t forbidden until 1920. 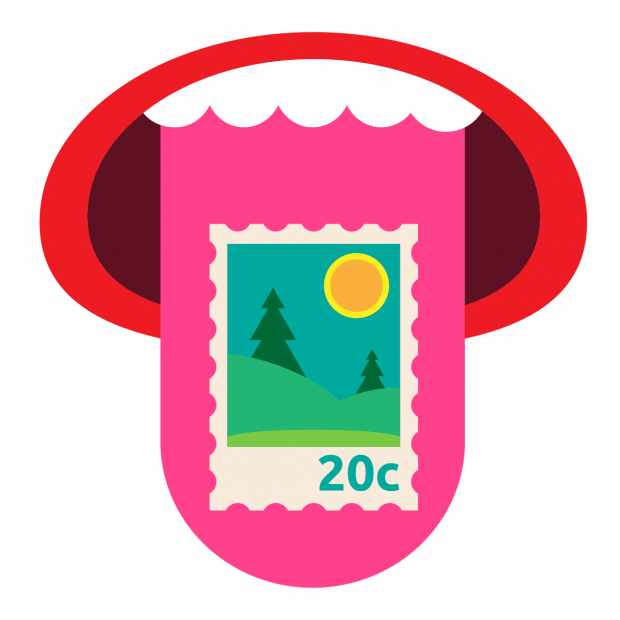 Well, no—not really. But I suppose if you licked enough of them…(just hopefully not so much as in that Seinfeld storyline).

But did you know that when you’re simply licking a postage stamp, you’re eating 1/10 of a calorie? Of course, nowadays, many stamps are stickers, or even can be printed online. But still: that seemingly weak postal glue actually contains calories—yummy! 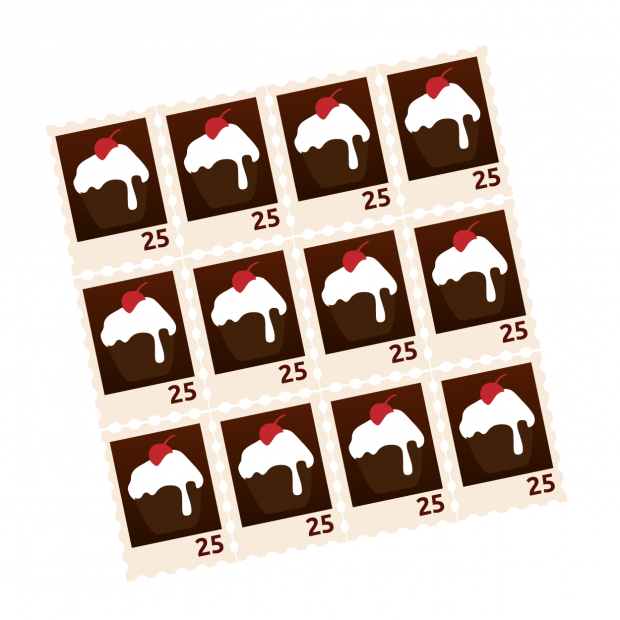 Post offices have been around for so long and they’re always looking for fun and creative ways to get people to send mail. In 2013, Belgium went so far as to manufacture half a million postage stamps which smelled (and tasted!) like chocolate. Of course!

Though it’s possible those chocolate-flavored and scented stamps were more than a 1/10 of a calorie!

The J.W. Westcott in Michigan is the world’s only floating post office. The diesel boat delivers mail to other boats and vessels along the Detroit River and at the Detroit Port. In operation since 1948, the boat even has an on-board Marine Bookstore which sells everything from postcards to nautical charts.

The “mail in the pail” delivery service operates by using ropes and buckets to deliver U.S. mail, messages, and freight across the Great Lakes. 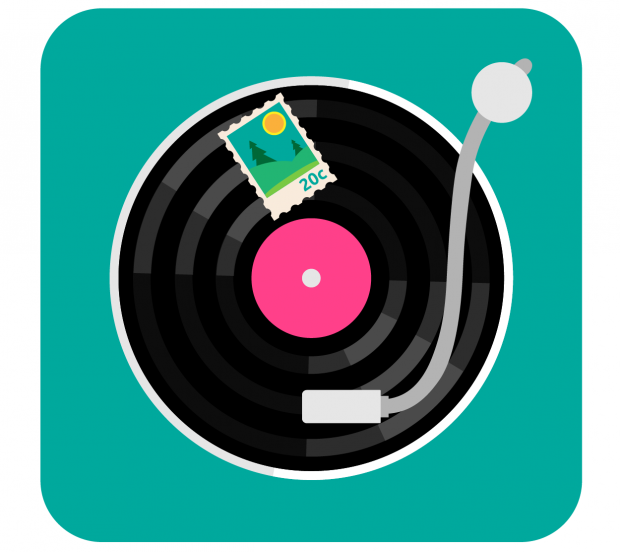 Upping the game from Belgium’s chocolate stamps, Bhutan produced a postage stamp in 1973 that actually could sing! The stamp was made to play the country’s national hymn if it was placed on a phonograph! 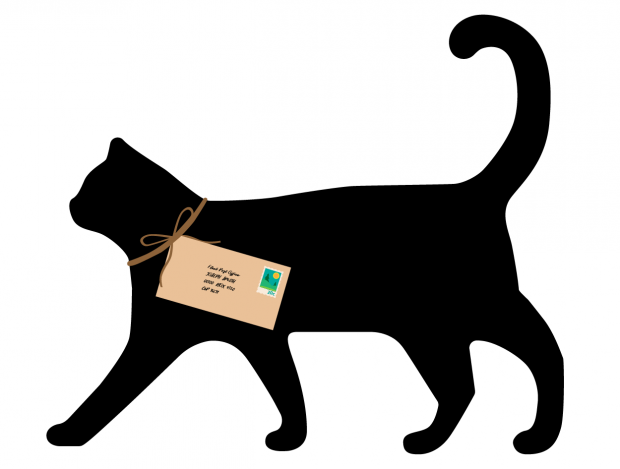 Postal workers have a long tradition across global history. They’ve often been revered in history as letter carriers through every type of climate and crisis. But back in the 19th century, some letter carriers were actually cats!

From Liege in Belgium, a special operation was created to try to train cats as letter carriers. In 1870, 37 cats were used in the local experiment, but—you guessed it—hardly any of them actually followed through. Typical!

Only one cat successfully delivered a message to a neighboring village. No word on what happened to the other cats.

• • •
7. Stamp collecting is an expensive hobby 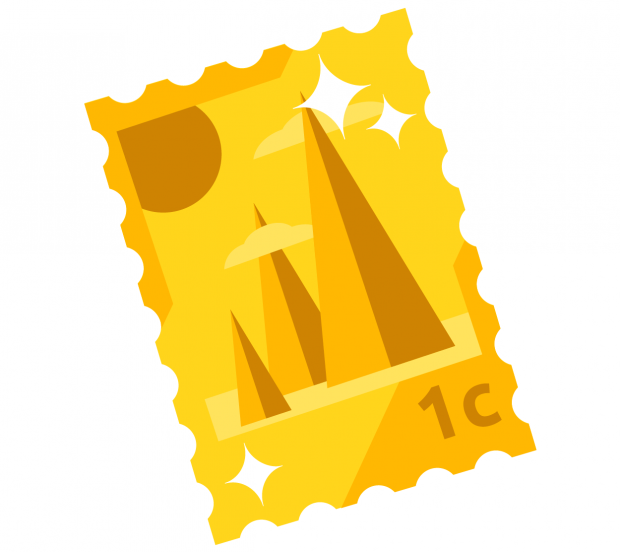 Philately is the study of postage stamps and other aspects of postal history. It’s a little more popular than you might expect—I’ve been to postage history museums across the world! But this one case of stamp collecting takes the cake.

In 2014, a 1-cent postage stamp was auctioned for £5.6 million pounds in New York. At the time, it was regarded as the world’s rarest stamp: the British Guiana 1-cent magenta. But this specific one was even more unique because it was previously owned by convicted murderer John du Pont.

With the MyPostcard app, you can send a postcard from anywhere in the world for as little as $1.99—that includes the custom imagery, the design, and even the postage! 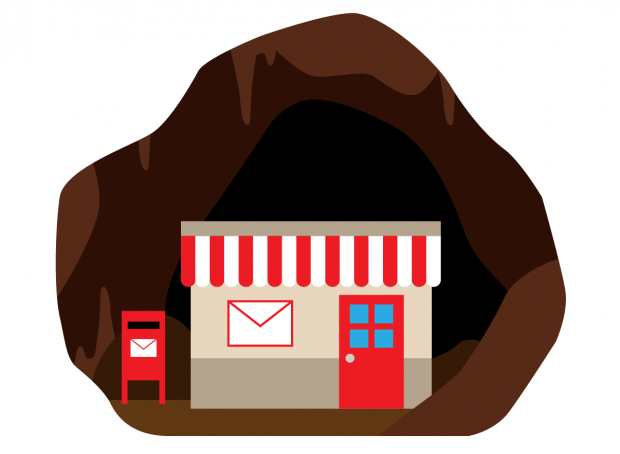 Over 160 feet below Kansas City, Missouri, a series of limestone caves which date back 270 millions years, are home to an underground storage and vault system called SubTropolis. Countless businesses store their precious artifacts in the well-protected caves which fill nearly 6 million square feet of space. Low-humidity and a constant temperature keep artifacts (including rare movie reels) protected with nearly 2,000 employees working throughout the complex.

The United States Postal Service keeps their rarest stamps hidden in the caves protecting hundreds of millions of postage stamps at a large distribution center.

• • •
9. Everyone is always looking for a better way to lick stamps 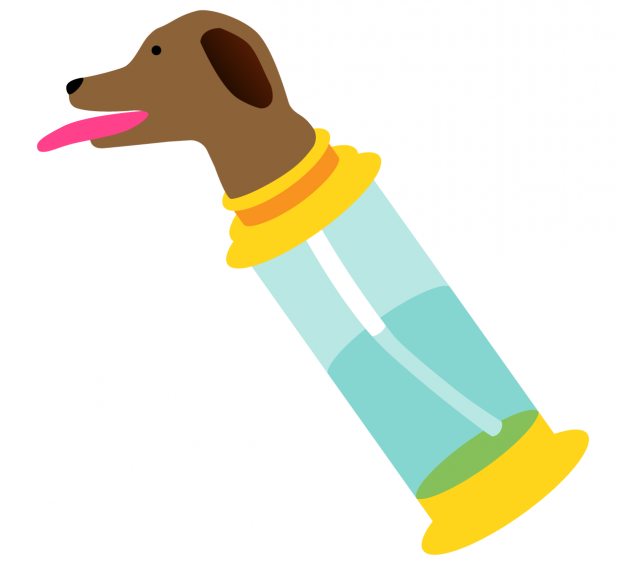 Maybe it’s that funny taste, or maybe the amount of time it takes to lick stamps, or maybe even it’s that 1/10 of a calorie, but I don’t know a single person that enjoys licking stamps. Back in the Victorian Era in England, they loathed the process so much, someone invented a Stamp Licker.

It was a small mechanical device used to wet the stamp glue for you—and just for fun, it came in a variety of shapes. The most popular was in the shape of a dog’s head because who doesn’t enjoy the tender lick from a rambunctious dog!

As our world has moved increasingly online, so has the mail system. Most mail carriers now allow you to pay online and print your own packing labels. And with that increased connectivity and at-home convenience, there are more and more services which make sending physical mail easier. All to combat the onslaught of email, one might hope. 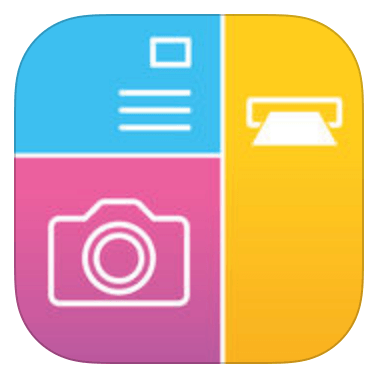 BONUS: Get a free postcard!

I’ve teamed up with MyPostcard.com to offer everyone a free postcard to send online! Simply follow these three easy steps: