When most people think of Vienna, opera houses and dead classical composers probably come to mind. At least, that’s what I expected before I visited the city over the summer. Vienna has a big reputation for being a “pretty” European capital.

Each European city seems to have it’s charming adjective: romantic Paris, sprawling London, cheap Berlin or ancient Rome. I found Vienna’s reputation for beautiful architecture, wide avenues and lots of shopping to be a pretty accurate description. But nobody told me the city is actually pretty cool, too.

In between all the classically styled buildings and sidewalk cafes is some fairly interesting street art. But it’s not your typical street art (such as the graffiti in Seville or what was isolated on a single street in Haifa). The street art in Vienna (from what I saw) is actually less graffiti and more…pretty. (There’s that word again.) 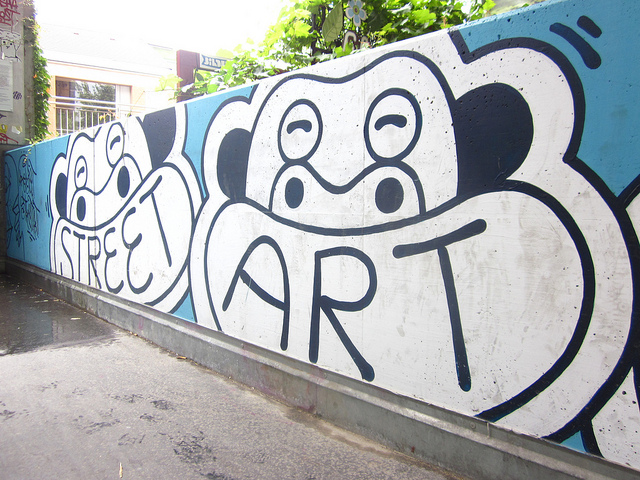 In Vienna, they even seem to call their graffiti by what it actually is: street art. 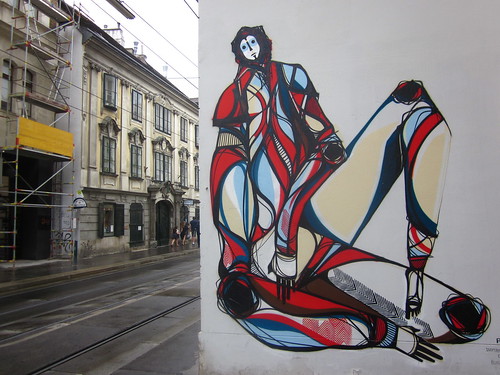 Modern/futuristic “graffiti” on the same street that Gustav Klimt lived on. 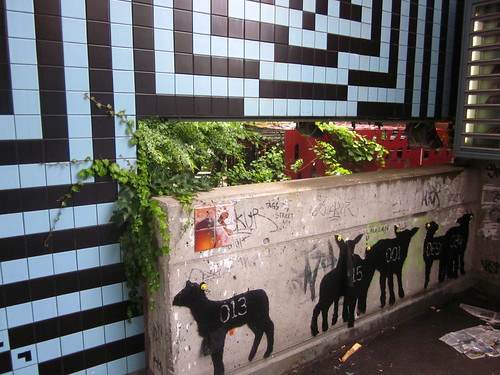 Everything in Vienna appeared to be designed. This random pedestrian walkway was nicely decorated with some colorful tiled patterns. Not to mention the concrete sections decorated with graffiti. 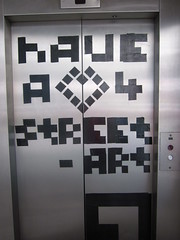 Have a <3 for street art

Okay, so Vienna has nice architecture (though it’s not really my style—a bit grandiose, really). And then hidden along their sidewalks are these random street art and graffiti designs. But Vienna’s attraction with style doesn’t stop there. Everything from the trash bins (see below) to the water fountains were attempts at being stylish or interesting. It worked. It got my attention.

But one other thing stood out on the streets of Vienna—the posters! I’m prone to stop and take photos of posters and billboards in foreign cities because it’s often a good way to see what the local trends in design are. Not to mention it’s sometimes the only way to find out about events, concerts or gigs. In fact I may have completely missed this Polaroid photography exhibit in Berlin if I hadn’t noticed the poster. And I definitely could’ve gotten a cheaper ticket to the Bon Iver gig if I had known about it sooner. So, some posters from Vienna: (following the cigarette-themed trash can) 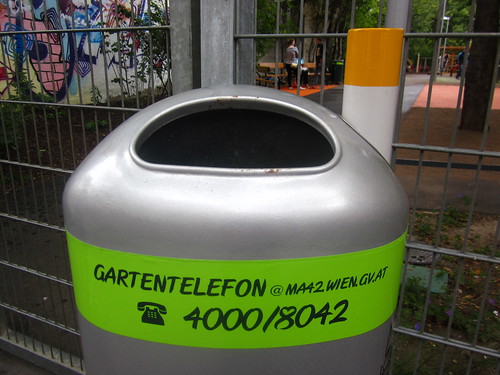 Trash bins are designed, too. 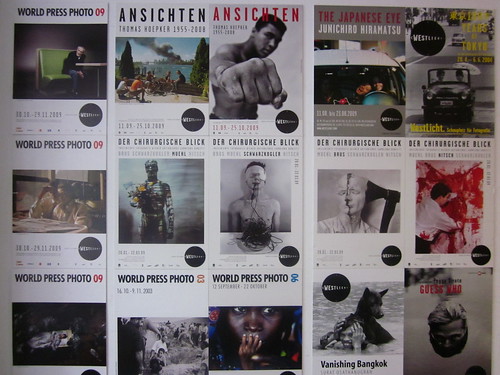 Vienna’s reputation for art and design is fairly renowned. So I wasn’t too surprised to see so many art and gallery exhibits advertised around the city—though so many of them were photography-related which was a bit unexpected. 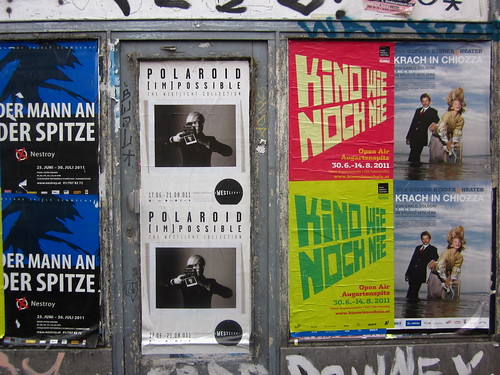 I ended up visiting the Polaroid Impossible Project while in town — well worth a visit, plus their gift shop was filled with Polaroid cameras, film and even Polaroid t-shirts! 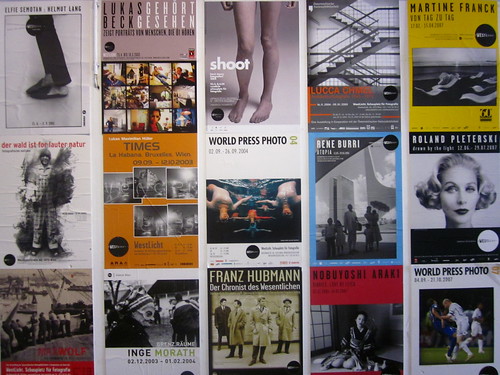 Seriously, were all the posters pasted up on the streets of Vienna about art and photography? Or was that all I was interested in photographing? 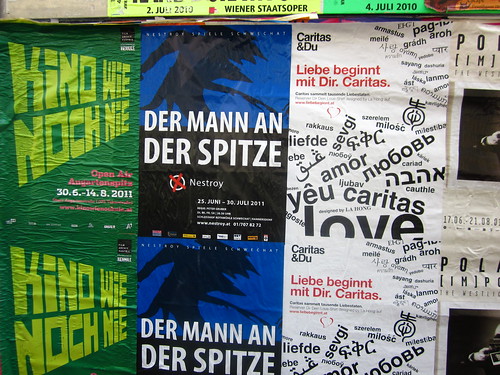 What do you think: Is Vienna as pretty as you thought it would be?