London's Best of Everything is on Brick Lane

A single city street full of life, culture, art (and food!), Brick Lane is *the* place to be in London - it's a symbol and site of true diversity and what makes London so special

London is a major capital and global city, full of art and culture. In fact, it’s probably THE major capital and global city. I can’t tell you how many times I’ve read or heard from friends that have declared “London is over.” But these critics miss the true beauty of London, the fact that there is just so much to see, do, eat, and explore in the city. New things every day, every week, a never-ending array of events, festivals, and yes, even the odd underground party.

One of the reasons I love the British capital isn’t just the free museums (yes, yes, I know about the fact you’re supposed to leave donations) or even the West End musicals. In fact, it’s just a street: Brick Lane. 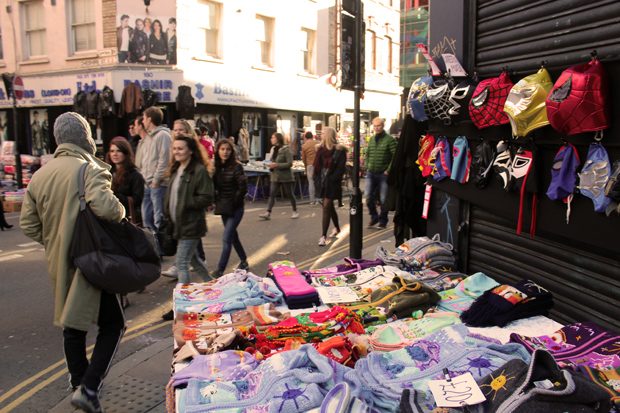 Brick Lane is a mixture of what I love about cities: trendy shops, cheap places to eat, Indian restaurants, history, diversity, crowded sidewalks. And then every Sunday, the street comes alive with a market unlike any I’ve seen elsewhere around the world.

It’s easy to get lost in the smells of food—from Mexico, Japan, Germany. The neighborhood bursts with the sounds of a hundred different languages, scents, and accents.

Even without the market, Brick Lane looks and feels like another place. Graffiti covers the walls and most of the storefronts. On any given day, you may even spot street artists putting up new works in broad daylight. 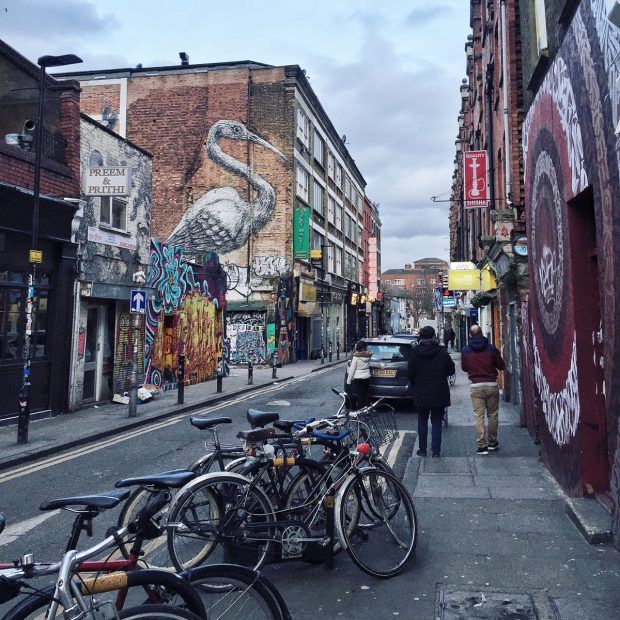 The graffiti themes vary—everything from “art for art’s sake” to political statements. Both local and foreign street artists come to London’s East End, and to Brick Lane especially, to leave a mark. The environment is regularly changing, though it has kept its urbanity.

While Brick Lane has held onto a lot of its independent spirit, there are still a lot of tours that help tourists discover the neighborhood. Graffiti tours often pass through Brick Lane and the surrounding streets. Plus, you’ll even find tours dedicated to the East End’s historical past, retracing the footsteps of figures like Jack the Ripper, who once roamed these same streets. 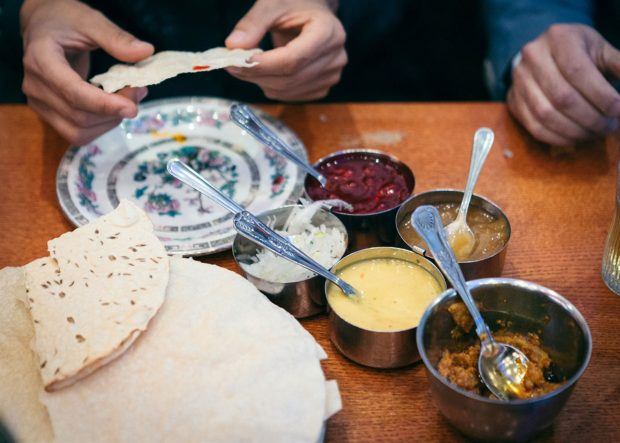 The Brick Lane Flavours of India and Beyond food tour visits different Indian and Bangladeshi restaurants (including my absolute favorite: Tayyabs) on a short, lunchtime tour through the neighborhood. It’s the perfect type of tour that mixes food, history and local culture into an unforgettable experience. Check prices from just £46.

There’s no secret that London has always been a place of inspiration for many artists, writers, and other bohemians. The East End and Shoreditch areas, with their long history of international diversity, have always had their own unique personalities thanks.

Today, in addition to the historical immigrant populations that have called Brick Lane home over the decades, there are more and more people calling the area home. Tech startups and artists have flocked to the area for its creative spirit. 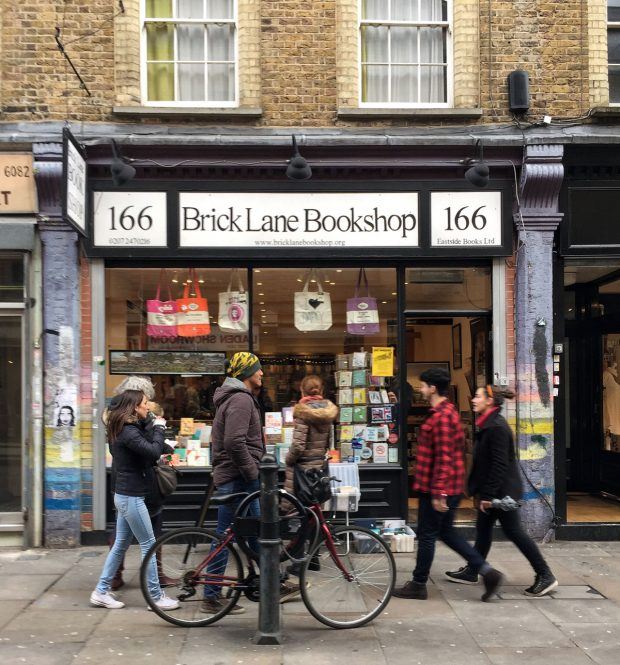 The neighborhood is close enough to the more modern, downtown parts of the city, but also close to London’s more ancient history. Walk around East London at night and you’ll feel the mystical past, the silhouettes lurking in the dark.

Related: 5 Foods You Need to Try from East London

From Turkish barber shops that give you tea while waiting, to modern and luxurious hotels and trendy restaurants, the East End is an area that represents the best of urban London. While many like to talk about Shoreditch and its (admittedly genuine) problem with gentrification, just take a look at Soho and Oxford Street in central London, and you’ll realize East London is still very authentic, very raw, and very, very cool. 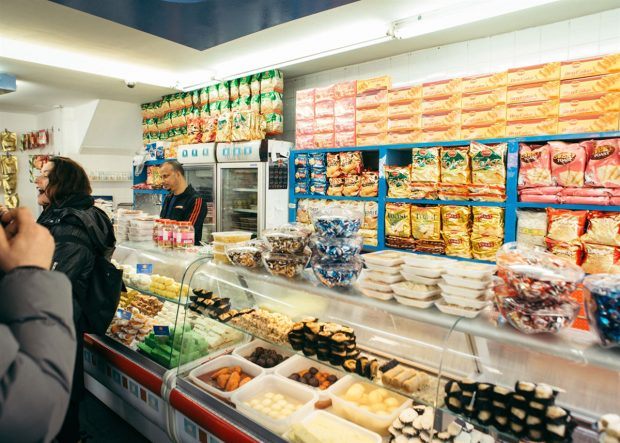 Local shops sell vintage memorabilia and alternative products, and many of the businesses—even those curry houses along Brick Lane — are still independently owned. So don’t give up on London just yet. The Brick Lane area, even with all of its commercialization, is still very independent. Support the local artists, the local community, and be sure to visit Brick Lane.

Related: How a Brick Lane café came to be the symbol of London’s gentrification 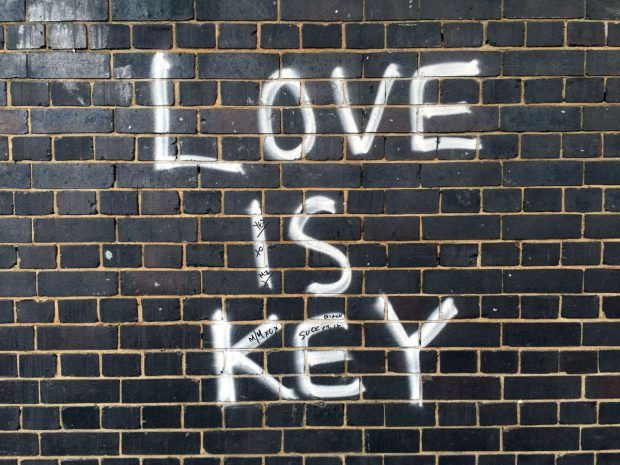