Here’s the thing about gay travel—you can pretty much do it anywhere. If you’re gay and you travel, guess what!? You’re gay traveling ;-)

But, still…there are some places which are just so much more welcoming, more friendly and more fun for gay travelers. Some travel companies make concerted efforts to court LGBTQ travelers, while others just naturally become hotspots thanks to their location, their creed or their clientele. Finding gay places when traveling can sometimes be a challenge—a lot of it depends on word of mouth (whether that arrives to you from friends, friends of friends, or through a gay dating app). But then there are also a handful of gay websites which make finding gay places easier. Probably the biggest international directory of gay cities is, predictably, GayCities.com. Their mix of user-generated content, stories, photos essays and events is all-encompassing.

Each year, GayCities.com puts out a survey of the best gay cities, places, hotels and other travel things. It’s a fun survey where you can vote for your favorite gay places (I’m always voting for Berlin, hoping that it will win!). This year, they’ve launched their annual “Best of GayCities 2016 Awards” with a special promo—the chance to win two airline tickets!

I just voted and here are some of my picks for the best places of 2016! Don’t forget to vote yourself—you can vote with your own favorite cities, hotels and places, but if you need some convincing on why Berlin is the best gay city, start here.

The Best Places for Gay Travel 2016
My picks! 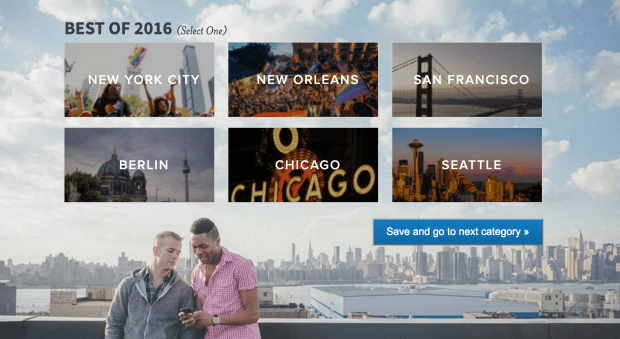 As my adopted home, Berlin makes it to the top of every one of my lists—it’s great for foodies, for budget travelers, for luxury travelers, for sex tourism, for hipsters and for film fanatics. The other options on GayCities’ list of best cities are decent, but honestly: Berlin has a bit of something for everyone. New York City and Chicago are probably at the top of my list for best USA gay destinations, but with early closing times for the nightlife, it’s hard to really top Berlin. 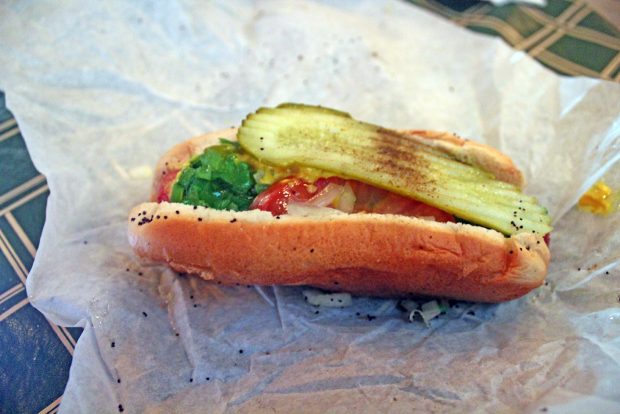 Chicago, nestled in the middle of America, is one of America’s most surprising cities. Unlike NYC and LA on either coast, Chicago sits right there in the middle, with the best of both worlds but its own distinct identity. When I last visited Chicago, I quite literally ate all the food—from fried pickles and pancakes to hipster donuts and BIG brunches. If ever there was a city designed for foodies, it is Chicago.

Read more: Chicago for Foodies – The Best Places to Eat 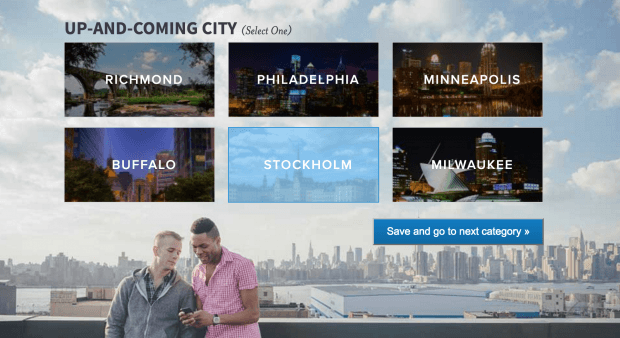 I think there are a lot of rising stars among the most gay-friendly cities. I’m currently writing this from Texas, where some of the Texan cities are surprisingly gay and—actually!—cool. But, in Europe, Stockholm’s pull makes it one of the coolest places to visit today. Stockholm doesn’t usually make it immediately on most USA tourists’ first-time trips to Europe, but with new budget airline connections, it’s only going to get more cool.

Read more: The Coolest Things To Do & See in Stockholm 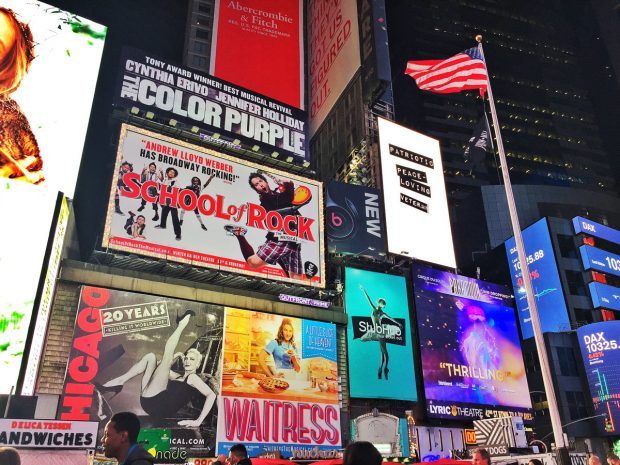 New York City is an absolutely overwhelming city—it’s no wonder that it’s one of the world’s most popular cities. There are millions of things to see and do in NYC, from world-class museums, historic buildings and shopping—so much shopping! This year, the U.S. National Park Service even recognized the historic gay bar, the Stonewall Inn, as a historic monument. And don’t even get me started on Broadway—so much of the great theater and musicals originate here. Creativity and culture are bursting out of every pothole in this amazing city.

Read more: Cheap and Free Things To Do in NYC 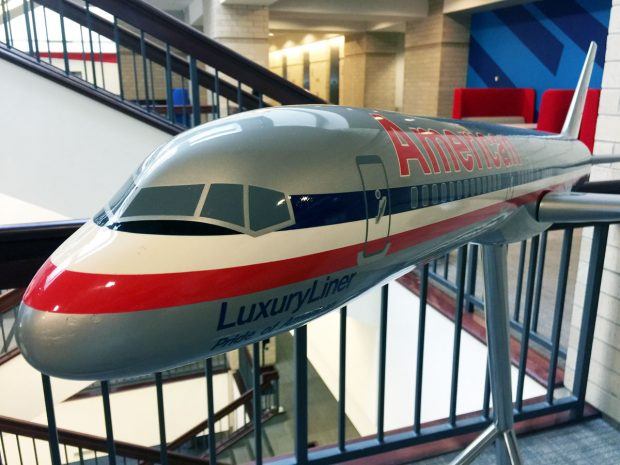 As a Oneworld alliance member, American Airlines is at the top of my preferred airlines. (It also helps that I grew up flying in and out of DFW airport in Texas—their hub.) While some frequent fliers might find AA more stuffy and business-oriented than other airlines, it’s surprisingly cool for being—literally—the world’s largest airline! Their Instagram is a fun sneak peek into the company culture—and it always goes rainbow each LGBT pride month.

What are your favorite gay places?

Fill out the GayCities poll and let me know what city you chose as the best gay city in the comments below!