There's a lot more to the Holy City than probably meets the eye. It's one of the world's most surprising (and intense!) cities with underground nightlife, unique tours and a thriving art scene. 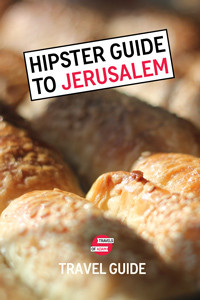 Full disclosure, there’s no way to be fully prepared for Jerusalem. All the stereotypes are somehow true and false at the same time, and it’s as inspiring as it is confounding. One minute you can be in an ancient religious shrine or an ultra-orthodox Jewish neighborhood that looks like a scene out of 19th-century Europe, but walk down the street and you’ll soon find yourself surrounded by experimental music, hipster watering holes, hedonistic underground clubs or the city’s only gay bar. Sometimes you even get the whole melting pot in one place, like at the Mahane Yehuda Market, which is equal parts authentic, blue-collar Middle Eastern market and trendy hangout for young people.

The same goes for both the urban and natural sides of the city. The typical traffic jams, honking horns and commerce are only a short walk, bus or light rail ride away from lush nature, pastoral tranquility and quaint neighborhoods. And of course, there’s always the elephant in the room when it comes to anything in the Middle East: safety. At first, it’s hard to ignore the stories in the news or intensity in the air from such different cultures living side by side. But when you’re actually there, they often fade into the background behind all the other amazing things going on in the city—the food, nightlife, events, music and so on. There is a reason people from all walks of life have been making the “pilgrimage” to Jerusalem for thousands of years, but you can’t truly understand it or explain it until you’ve experienced it yourself.

Know Where To Go

One of the first surprises you’ll encounter in Jerusalem is that it’s pretty huge—more than twice the size (125 sq. km) and almost twice the population (800,000+) as Tel Aviv. The tourist center is actually fairly small. It’s only 15-20 minutes by foot from the Old City to the Mahane Yehuda Market, and in between you’ll find a huge chunk of the city’s hotels, shops, bars and restaurants.

It’s a fair bet that a lot of visitors don’t get much farther because there is so much to experience—thousands of years of history in the Old City, delicious Middle Eastern street food, world-class fine dining, unique cocktails bars, museums, boutique shops, art galleries and even hedonistic underground clubs.

But if you don’t venture outside the center, you’re missing out on beautiful nature, underrated restaurants, some of the best cultural institutions in the world and general Jerusalem charm—most of which you can reach within 10 minutes by bus or even a short walk. It’s just a matter of knowing where to go.

Jerusalem is an intense city and with its diverse population, it’s no surprise that the people in and around Jerusalem are some of the most interesting in the world. This city is very passionate about its past, its history, its religions. And the people that are there 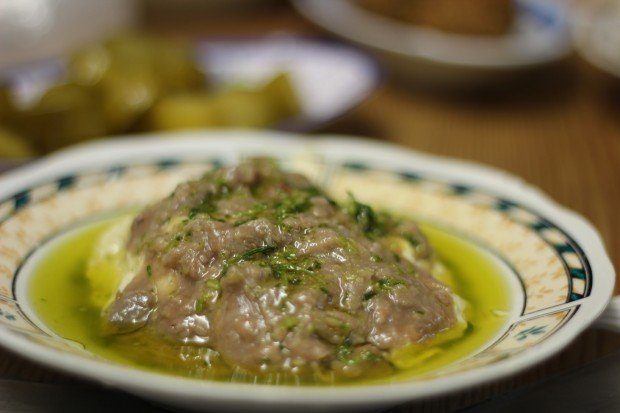 Jerusalem is a hipster foodie dreamland. There are unique cafes, authentic local eateries, street food, creative contemporary restaurants and unpretentious bars galore. And best of all, there’s something delicious for every budget, so even if you’re low on cash, you won’t go home disappointed.

Most of the best places are crammed into the Old City, downtown Jerusalem and Mahane Yehuda Market areas, which means you can walk to any of them. And the best advice you can take is to enjoy the hummus, falafel and shawarma, but don’t limit yourself because there’s so much more.

Most cafes in Jerusalem are equipped with good wi-fi and happy to let you work for quite a while as long as you buy something. But as usual, if you’re going to be setting up shop for a whole day, it’s just good manners to have lunch there. As far as actual co-working spaces, most are designed for local entrepreneurs rather than visitors, located outside the city center and require you to book in advance, but you can still find something if you’re really hard up. 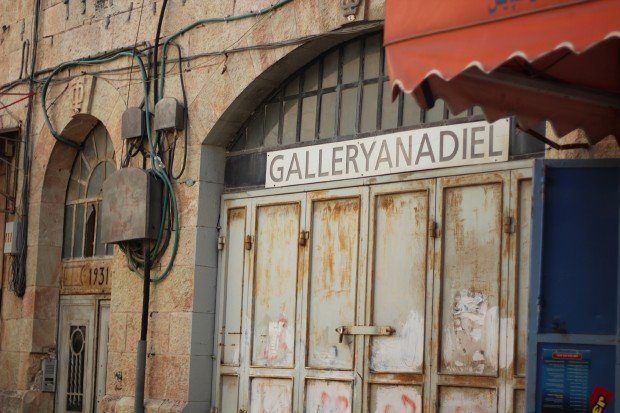 The museums in Jerusalem cover the full gamut—from historical to political, religious to artistic. The city is also home to one of Israel’s largest art schools (the Bezalel Academy of Arts and Design) so you’ll find a lot of art markets and pop-up galleries. Keep an eye out for the street art in Jerusalem, some of which is very political but others less so. 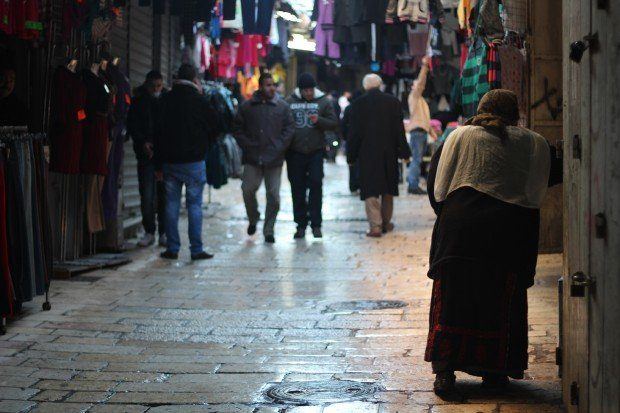 Jerusalem is pretty much at the center of the world and it attracts tourists from, well, everywhere. There are hotels and hostels throughout the city. You’ll find most luxury or 5-star properties in East Jerusalem, hostels and budget accommodation within the Old City walls and many other properties scattered around the western parts of the city (near the Mahane Yehuda Market and Zion Square).

Luckily, Jerusalem is a pretty easy place for foreigners to find their way around, communicate and have an all around good time. That said, it can be on the expensive side, and the culture is miles away from what you’d experience in most Western countries, so here’s a few tips to make your time in the city a little bit easier and cheaper. 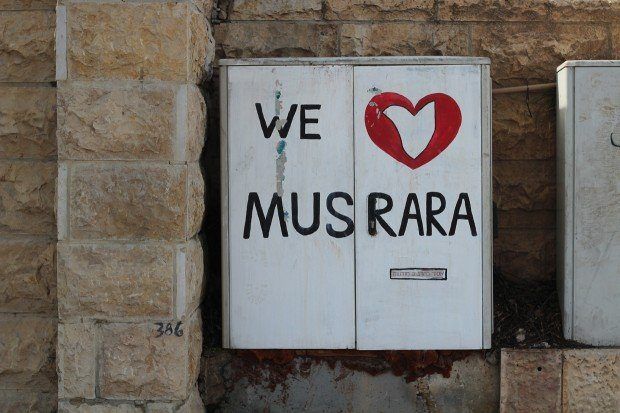 I’m no stranger to controversy but I did want to add this to my Jerusalem city guide… This city is an incredible, fascinating place with a very long and complex history. There are many nonprofits, NGOs and independent organizations that delve into the politics of Jerusalem today. Many of these even offer tours or informational guides to tourists.

I’d suggest looking them up if you really want to learn about Jerusalem. Sure, you can show up in the city and spend a few days seeing all the holy sites but Jerusalem deserves a bit more attention than just a cursory look. Learn about the city’s current political situation from both Israelis and Palestinians. Below are a few recommendations on where you can find additional information. 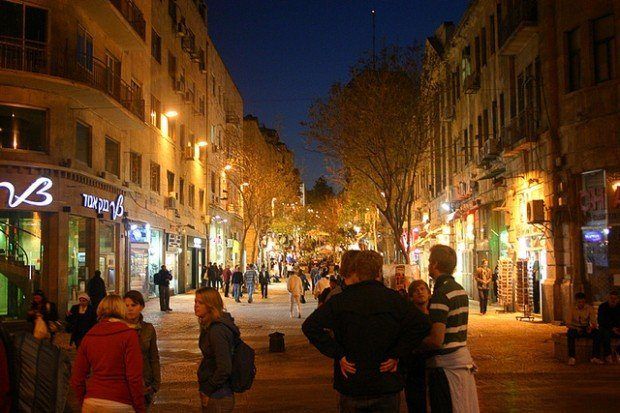 Much like many aspects of Jerusalem, its’ propensity for putting on events big and small on a regular basis is often overlooked. For starters, there are Jewish and Israeli holidays, and part of the celebration is always a variety of special events around town, including festivals, parties and concerts. Then there are annual festivals and city-sponsored events that bring international artists, musicians, dancers, film screenings, and more to the city, or those events that put a spotlight on the local scenes.

And on top of that, there are still Christian, Muslim and secular holidays. So, if you’re in Jerusalem, chances are there’s something special going on. Here’s a rundown of some of the highlights… 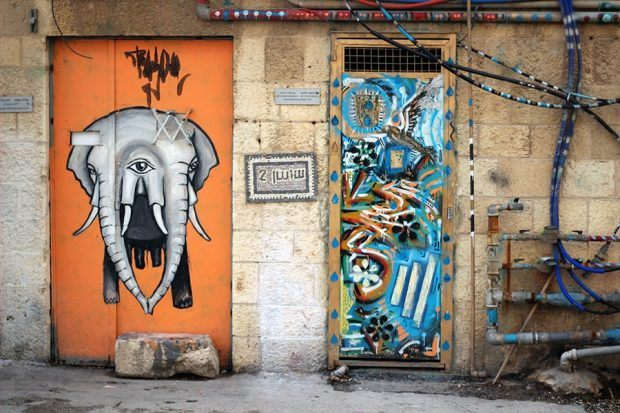 Regularly updated resources for Jerusalem in English by locals are surprisingly scarce, but there are a few good ones, and if you really need something people in Israel love to give advice in Facebook groups.