The ultimate guide to the coolest things to do and see when traveling in the Middle East & North Africa – only from Travels of Adam.

• 24 Amazing Places to Visit in Israel, Jordan and Palestine

• 11 Reasons Why Tel Aviv is One of My Favorite Cities

• The Blue Medina of Chefchaouen, Morocco

With a lot of geographical variation in the region, the weather varies dramatically from place to place in the Middle East and North Africa, though it is safe to say that coastal regions are generally warm enough to swim in the sea most times of the year. An important religious celebration to keep in mind when planning a trip to the Middle East and North Africa is Ramadan, taking place during the ninth month of the Islamic calendar (usually some time between April and June) and is observed in Muslim countries around the world and means a time of fasting during daylight hours. This means that if you visit Morocco during Ramadan, it will be difficult to find places to eat while the sun’s up, though if you stick to big cities, there will always be something open and it means you’ll often have restaurants to yourself!

Planning a dream trip to the Middle East & North Africa? There are so many ways to plan a trip, but the first step is choosing a starting point and an ending point—usually dictated by your flights. Once you know your starting city and final destination, you can connect the dots pretty easily. Here are few suggested two-week itineraries for the Middle East & North Africa.

Tel Aviv – Jerusalem – Amman – Petra – Wadi Rum – Dahab: This route through the Levant is full of history, friendly people and great food! Starting in Tel Aviv, enjoy the city’s cosmopolitan feel and great beach life, then explore the ancient streets of Jerusalem before going below sea level to float in the Dead Sea. Cross the border to Jordan and get lost in Amman before heading south to visit the world famous ruins of Petra then head in to the desert and sleep under the stars in Wadi Rum. Take the ferry across the Red Sea from Aqaba to Nuweiba in Egypt and learn to scuba dive and hang out on the beaches in Dahab.

Cairo – Alexandria – Luxor – Aswan: For a classic Egyptian route along the Nile, start off in Cairo, making a day or overnight trip to Alexandria on the Mediterranean coast before following the Nile south down to Luxor to visit the ancient city of Thebes, commonly known as the world’s greatest open-air museum. From there, head further south to Aswan to see where the Nile opens up into the desert.

Tangier – Chefchaouen – Fes – Rabat – Casablanca – Marrakesh – Essaouira: Morocco from the Mediterranean to Atlantic coast offers a lot in a relatively small area. Start off at the port city of Tangier, from where you can see across to Spain, then head inland to the famous blue city of Chefchaouen. From there, visit Fes for its beautiful architecture, and then on to the capital Rabat, and Casablanca for coastal city vibes. Turn inland again to visit Marrakesh to experience the souqs, mosques and incredible food before finally ending up at the surf and beach hotspot of the country, Essaouira.

Check out these great travel deals for multi-day tours & trips through the Middle East & North Africa.

Being only gay in many countries in the Middle East and North Africa might not be easy and there are some important things to be aware of.

Homosexuality is illegal in many countries – In Morocco, Algeria, Tunisia, Libya and Qatar, same-sex sexual activity is punishable by by anywhere from 3 to 7 years imprisonment, while in Saudi Arabia, Yemen and the UAE, it can be punished by death. Though there are very few cases of tourists being subjected to these laws, it is worth while being aware of them and considering them carefully before planning your trip. Lebanon, Jordan, Israel and Egypt have no such laws.

Israel is gay-friendly – Indeed, Israel can easily be called the most gay-friendly country in the region, and it is quite far advanced on these issues compared to its neighbors. With rights and protections on par with many European countries (though there is not yet full marriage equality), Israel is definitely the easiest country in this part of the world to be an openly LGBT person. Unsurprisingly, it therefore has a huge gay scene, centred around Tel Aviv.

There’s a huge range of accommodation options all over the Middle East and North Africa, and you can often find cheap deals just as easily as you can splash out on something really fancy. Either way, I’ve always found that using Booking.com, Agoda.com or Hotels Combined I get the best deals especially for last-minute trips. 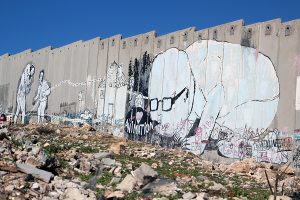 The Bethlehem wall, built by Israel & covered in graffiti by Palestinians and international supporters, is a symbol of nonviolent protest in the West Bank. 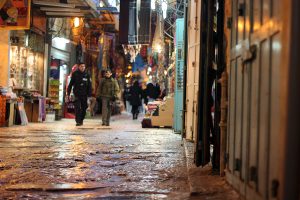 My first impressions of Jerusalem

Jerusalem captured me from the very first night. These were my first impressions and after visiting several times since, the city still gets me every time. 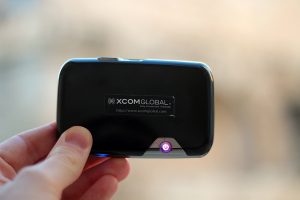 In search of wifi in the Holy Land, I brought my own…

A review of the XCom Global portable wifi service during my backpacking trip through Israel and Palestine. Details on how and where I was able to stay connected 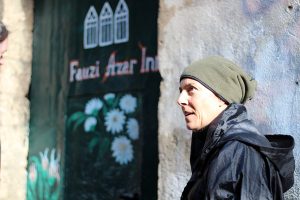 A different kind of free walking tour in Nazareth, Israel

Details from a free walking tour of the Nazareth Old City. The Nazareth tour showcased peace projects around the ancient city 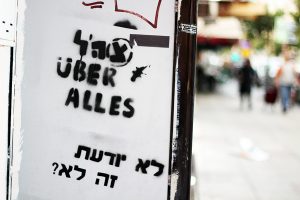 The Berlin, Tel Aviv connection: why these two cities are so cool

Berlin and Tel Aviv share many similarities — they’re both über cool cities for the cultural and creative. Here’s what makes both Berlin & Tel Aviv so cool. 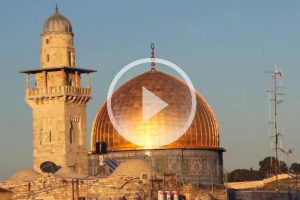 Video: the sights & sounds of Jerusalem

Check out my travel video from Jerusalem: featuring shots from the Musrara neighborhood, Abraham Hostel, the Kotel and many Israeli museums. 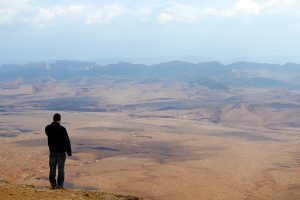 Israel hiking can be quite comfortable in the winter. These are photos from my hiking trip in the Negev Desert at Mitzpe Ramon, down into the Makhtesh. 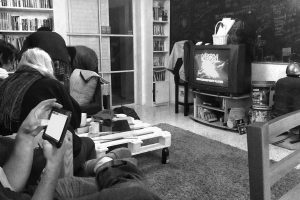 The “true” hostel experience at Green Backpackers in Mitzpe Ramon

The Green Backpackers hostel in Mitzpe Ramon (in the Negev Desert) is a place for experiencing the backpacking lifestyle. A great place to meet other travelers! 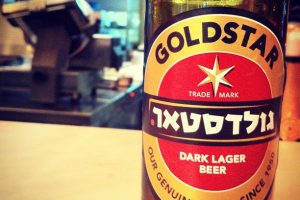 Instagram photos from two weeks traveling around Israel as a tourist. Beer, hummus, city skylines from the north to the south: Jerusalem and Tel Aviv too! 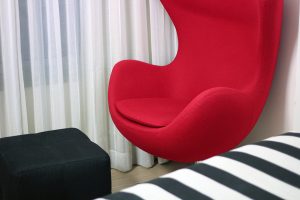 What kind of hotel offers the chance to both work hard and play hard? In Tel Aviv, Israel it’s definitely the boutique/design Melody Hotel – steps from the beach!