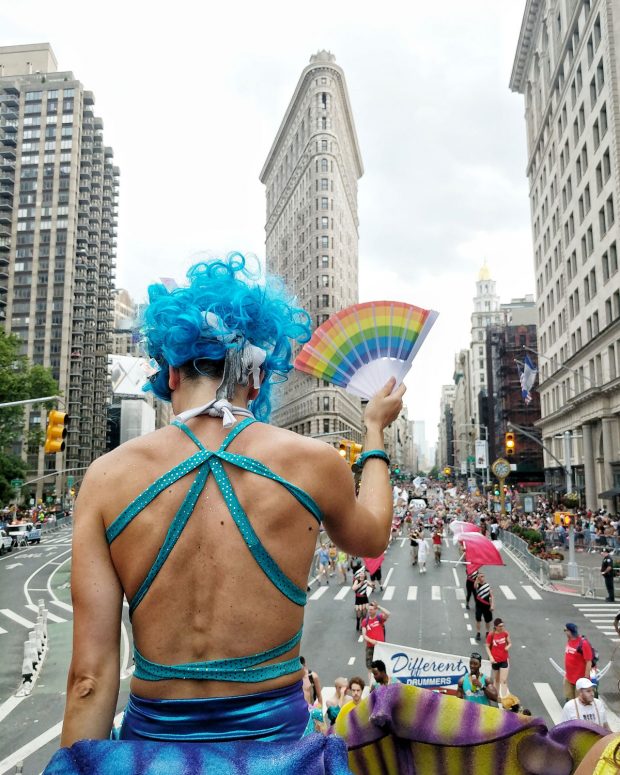 I’ve been to a lot of gay and LGBTQ pride festivals around the world, but this year was my first time at the New York City Pride. It’s one of the world’s most important pride festivals because this is where it all began.

The Stonewall riots in 1969 are generally regarded as the launching point for the modern gay rights movement. There’s no denying the importance of the Stonewall Inn on Christopher Street in the West Village. Still in operation today, the Inn and the small plaza in front are national monuments. And the NY Pride parade has marched right past every June since 1969. 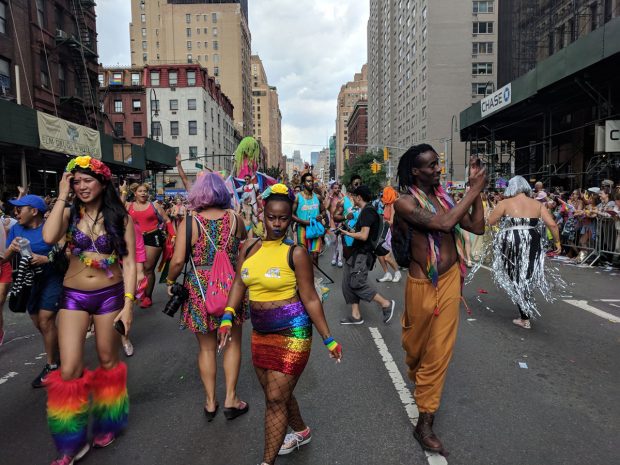 I’ve been to the Stonewall Inn now a couple of times, never more than for a few drinks—and not for their legendary weekend parties. But during pride weekend, to see the Inn and the millions of people on the streets was really pretty special.

NYC Pride sees something close to two million participants and visitors. There are a variety of events in the few days leading up to the official pride parade on the Sunday, including the annual Dyke March (a non-commercial, unofficially organized march). My pride weekend in NYC was party-after-party. Maybe not the political demonstrations you might expect, but remember: it’s also important to celebrate. 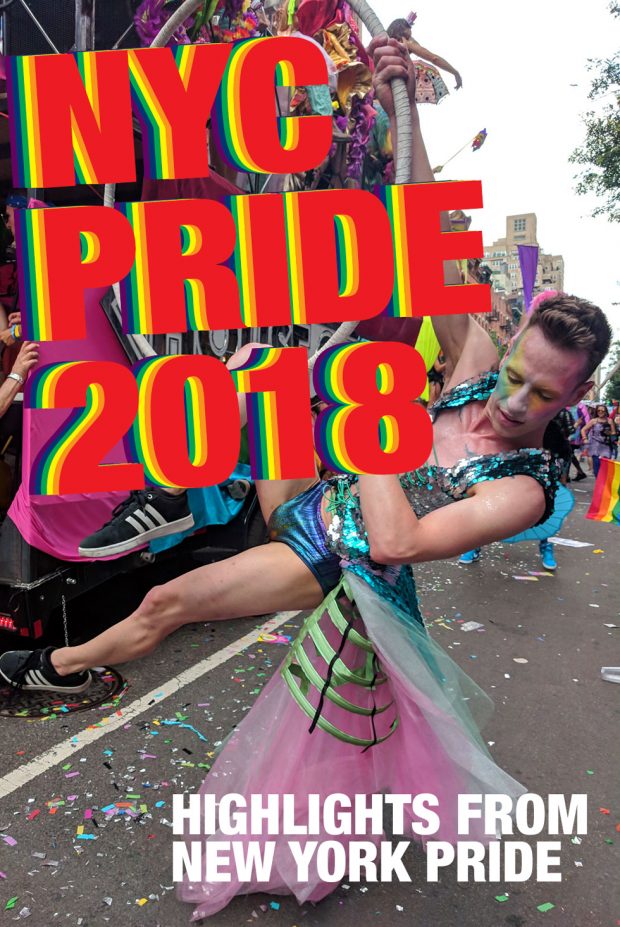 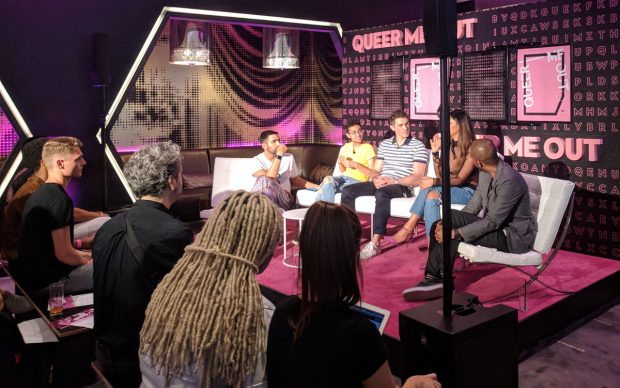 I stumbled on this public event via the @whotels Twitter account. Hosted by one of today’s darling gay journalists, Philip Picardi (@pfpicardi), the event was a panel discussion on the meaning of pride with some truly interesting panelists: Wade Davis (the NFL’s first LGBT inclusion consultant), Tyler Ford (an agender advocate and writer at them), Jim Halloran (from GLAAD), and Geena Rocero (a trans rights advocate and Marriott’s #LoveTravels ambassador). The W Hotels lounge in Times Square was decked out in pride decorations as part of the Marriott brand campaign they’ve run for a few years called #LoveTravels.

Mostly, the event was a way for the panelists to share some of their stories. The crowd was mostly a collection of their fans and friends, kind of a closed-off part of the community, but for me personally: I enjoyed the chance to see some of these important LGBTQ speakers in a personal and semi-intimate setting. 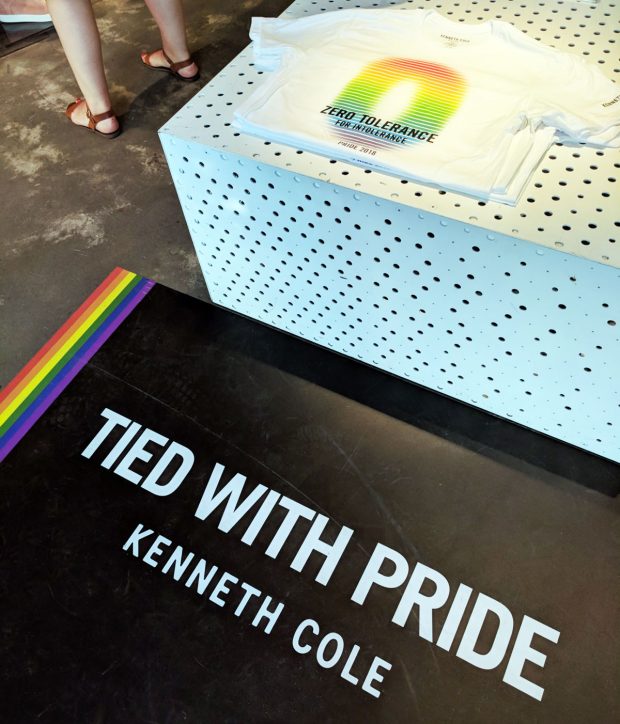 During the #QueerMeOut event the night before, I met a handful of people (including an Instagram-activist and photographer that I’ve been following online for a long time), many of whom were perfectly friendly (others, a little less so).

But showing up to that earlier event led to more invitations for more parties and events later in the week (it always pays to show up and show face!). So I found myself with a few Instagram-friends the next night, at the Kenneth Cole “Tied with Pride” event to showcase their Pride 2018 collection. Just a taste of the week ahead with plenty more rosé wine and snacks to come…

I wasn’t invited to the official Chappy pride party, but I managed to finagle my way in with a friend because, well, why not? It was pretty much exactly the kind of party I’d expect from an app that prides itself on exclusivity. A bunch of rich, beautiful men with good music from the DJs. And an obnoxiously long line for the bar that took hours just to get a cheap vodka soda. Meh. 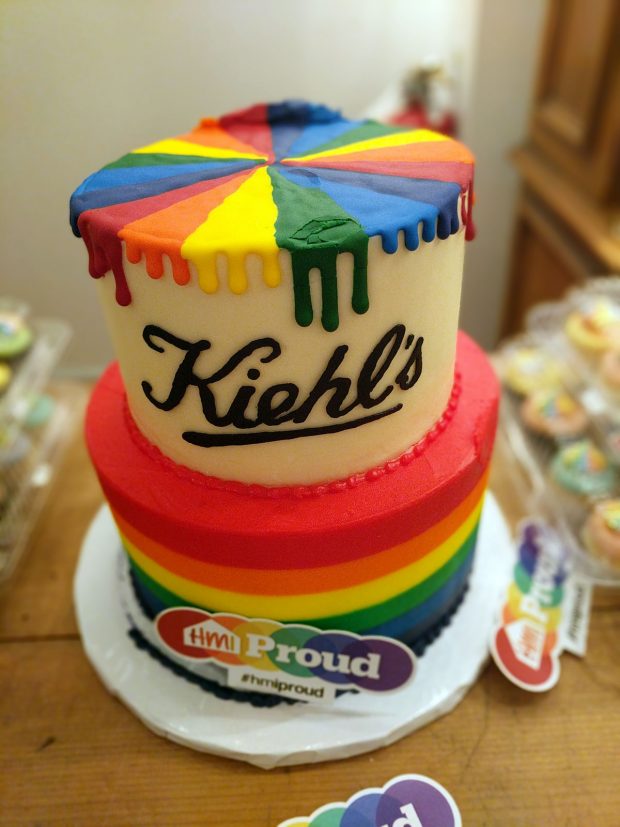 On the Thursday before Pride, Kiehl’s—the cosmetics brand—invited a bunch of people to their Manhattan showroom for a pride party. With DJs, food, snacks, and cocktails it was a fun kickoff to the weekend ahead! I saw a lot of the other gay Instagrammers that seem to pop up everywhere, plus met with other writers and influencers. The atmosphere was laid-back but cool, noticeably different from some of the other more pretentious branded pride parties (or maybe I was just a little bit more drunk when I showed up). 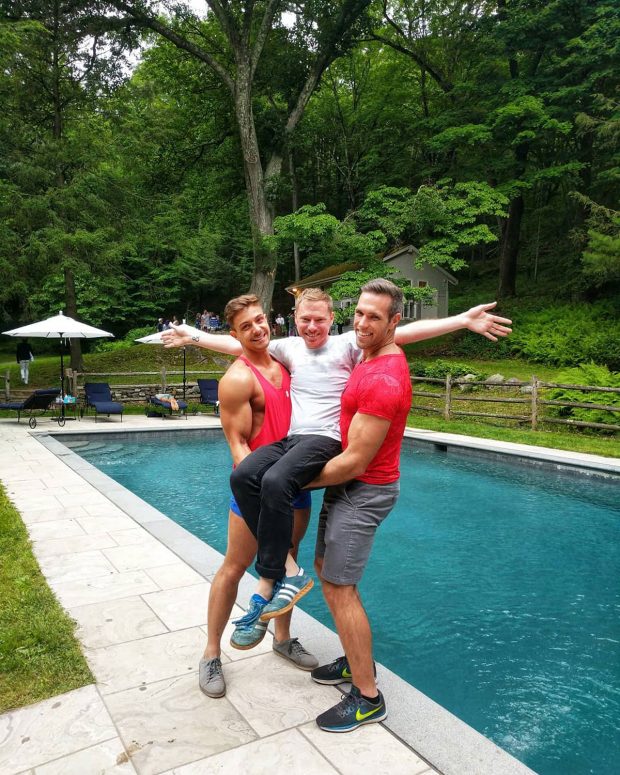 Surprisingly, the Cockyboys event was super chill and the stars and people at the event were so friendly and forthcoming. Unfortunately the weather wasn’t great so there wasn’t much swimming, but plenty of time for selfies! 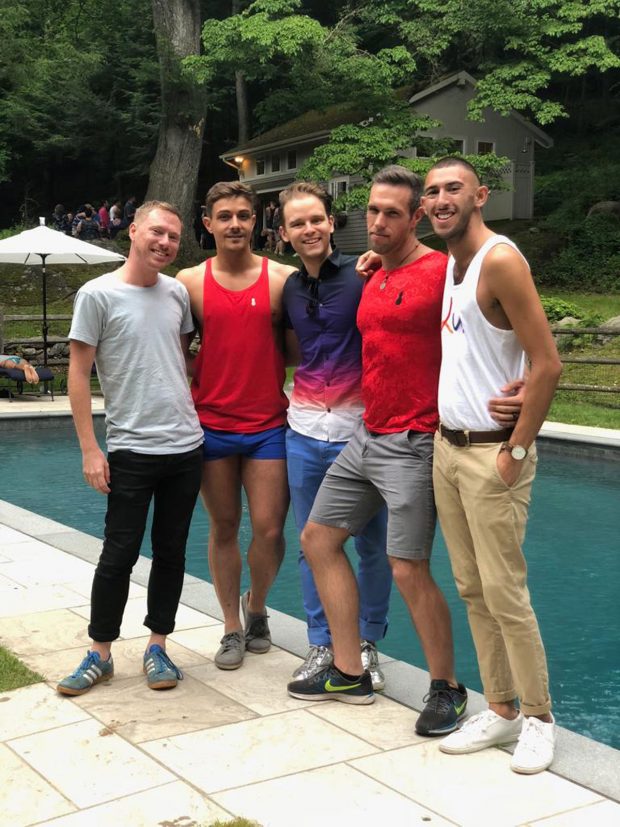 With a strict dress code, my friends and I went to the Midsummer Night Pride Ball hosted by Company XIV. The event was attended mostly by the fetish party crowd and the costumes showed it. I pretty much just showed up in sneakers (which almost didn’t get me past the strict doorwoman) and a borrowed outfit from my far-more-stylish friends. Inside, there were fetish performances by Company XIV and Dances of Vice throughout the night, while the dungeon upstairs gave space for some light fetish activities like spanking.

Despite being called a “Pride” party, the show was decidedly heterosexual—and so was the crowd (though there were some queer people here and there). For nearly $100/ticket, it was a bit steep for what you got; it sort of felt like a fetish party for beginners tailored to a rich banker crowd.

Saturday night at the Rosemont 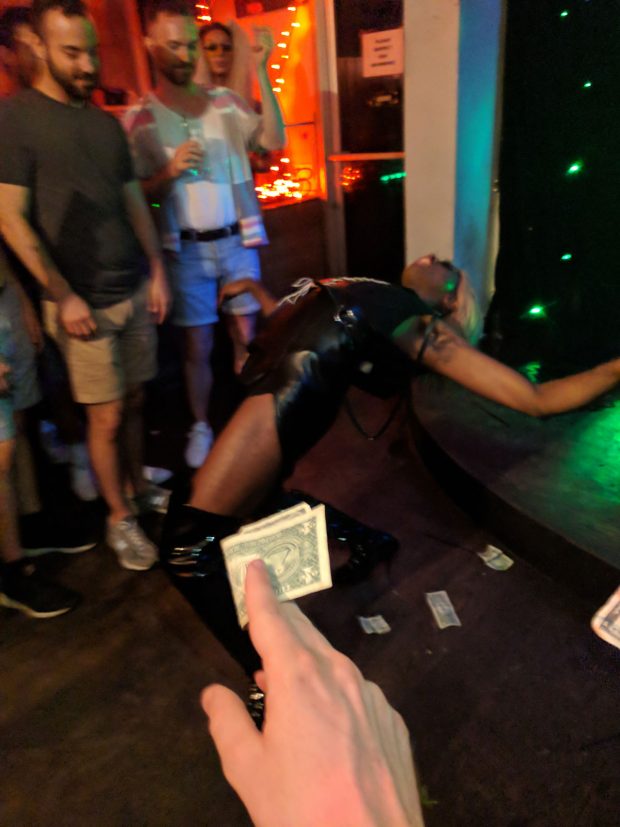 In what’s quickly become my favorite gay bar in Brooklyn, I stumbled into the Rosemont on my way home the Saturday night of pride weekend. It’s always a fun crowd—very casual, no entrance fee, and a crowded dance floor. I ended up outlasting most of my friends that night and stayed at the club until past 4:30am, meeting more than a few boys along the way… 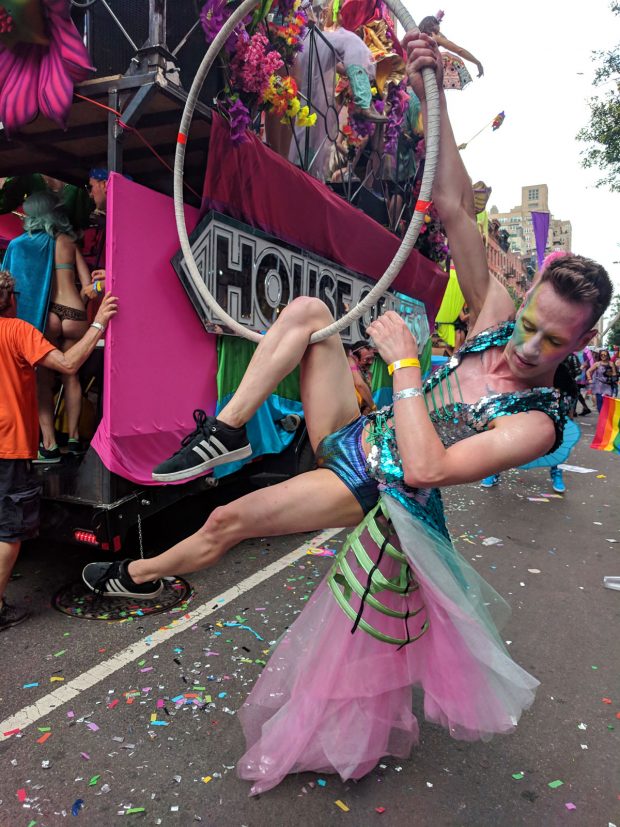 Arguably the star of NYC Pride, the Sunday pride march is the most well-attended of the official events, and one of the world’s largest pride marches. I was lucky to be invited to march in the parade with OKCupid and House of Yes. OKCupid has had these funky ads plastered across NYC for the past few weeks and their inclusive marketing had caught my eye before. House of Yes is the funky arts venue in Bushwick which hosts some of the city’s best queer and alternative club nights, so to be able to march with them was really very special (not to mention that they have one of the best-designed floats for the march every year).

I showed up for the NYC Pride March in the early afternoon so that the team from House of Yes could help style my outfit—with plenty of glitter and glam, of course! We went the entire route of the parade, dancing to the House of Yes DJs and enjoying the views from atop the float. I won’t lie: it was a really special New York moment to be going down the streets of Manhattan surrounded by so much love and energy. 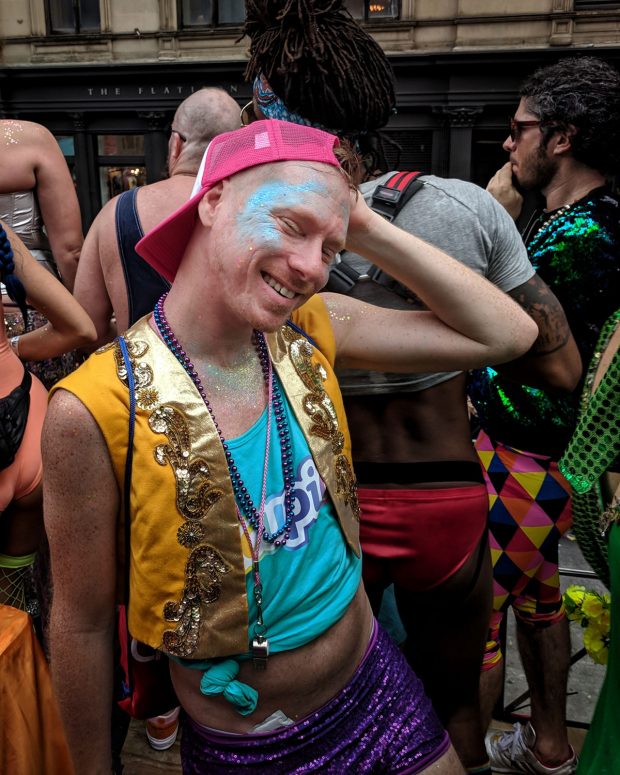 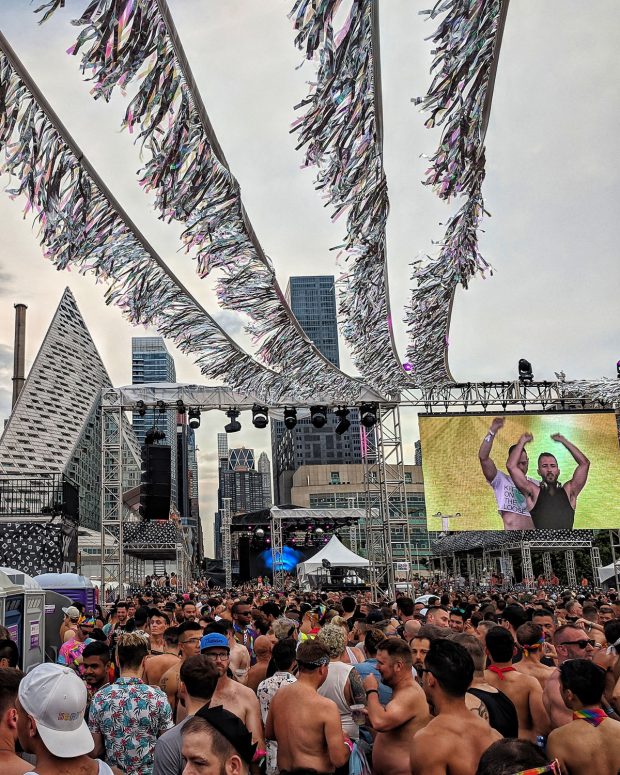 Part of the celebratratory nature of NYC Pride is the annual music festival, Pride Island. It takes place both Saturday and Sunday, though I only managed to snag a ticket for the Sunday headliner Kylie Mingoue (and unfortunately missed out on Tove Lo and Lizzo). Still though: Kylie Minogue was just fine. 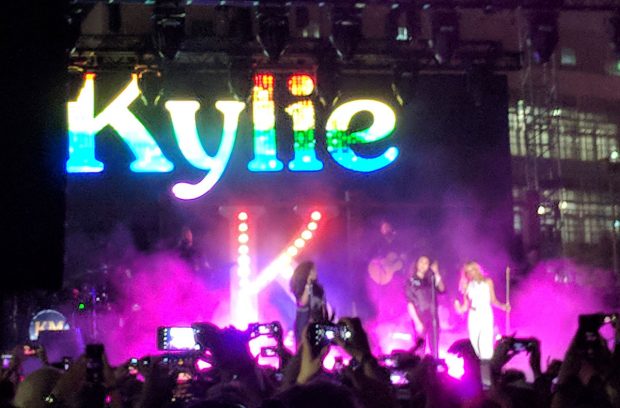 She was a star, of course. There’s no question that the gays just love Kylie, and the sold-out Sunday show at Pride Island was testament to that. A throbbing circuit-boy crowd of shirtless men dancing in the rain to Kylie’s hits—with rainbow lettering splashed across the screens. Not to mention that Pride Island took place on a pier (not an island) with views of the Empire State Building and a fireworks show from the waterfront to close out the festival.

Pure magic. But that wasn’t the end of my pride weekend… 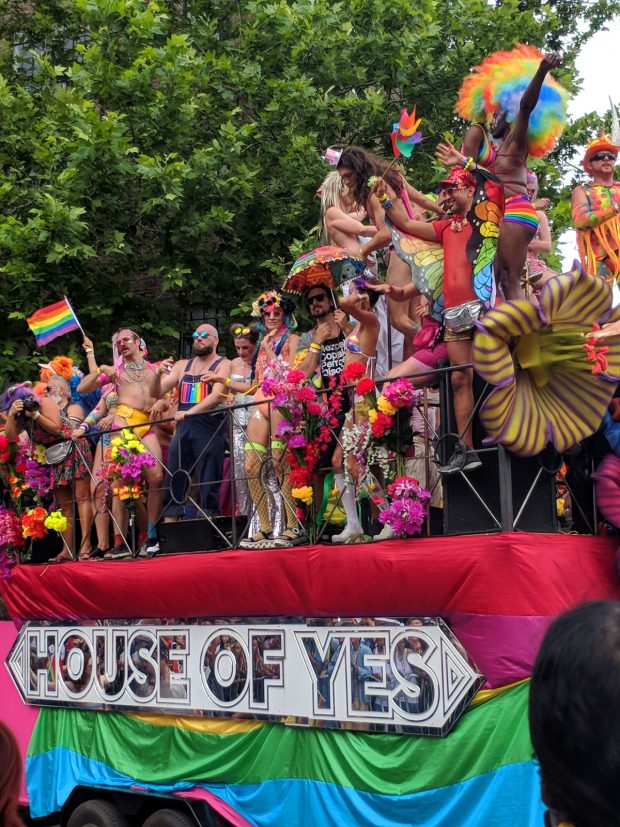 Still on a high from a week of very-gay and very-queer NYC events, I managed one last party late on Sunday night—back at House of Yes in Bushwick

For me, it was mostly a time to cool down, though the DJs were keeping the dance floor moving. We made a few friends and bumped into some notable people—plus some familiar faces from the Pride March earlier that day. Just a last bit of fun to close out pride weekend! 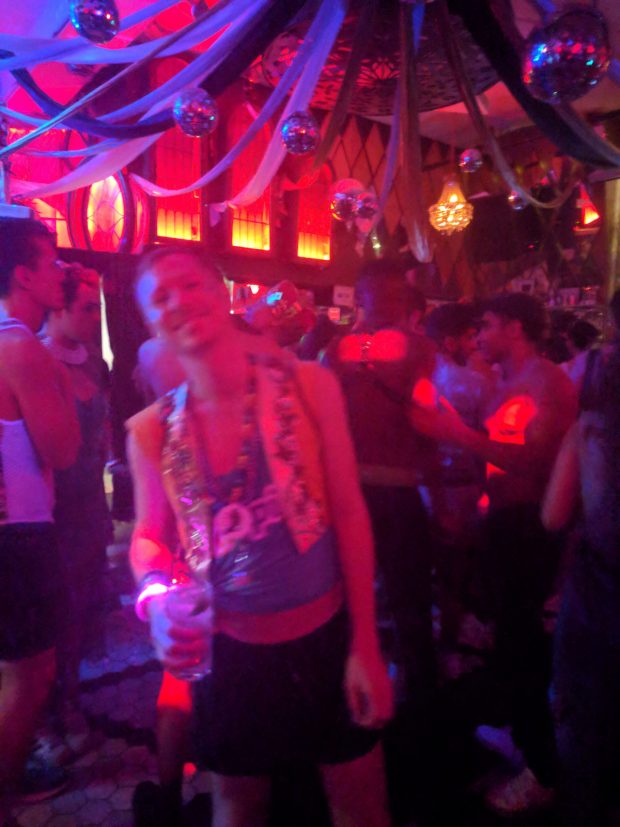 I survived my first NYC Pride!

Note: I was a special invited guest of several (most of) these events/activities but that hasn’t influenced my perspective. This is just a run-down of my pride week in NYC. 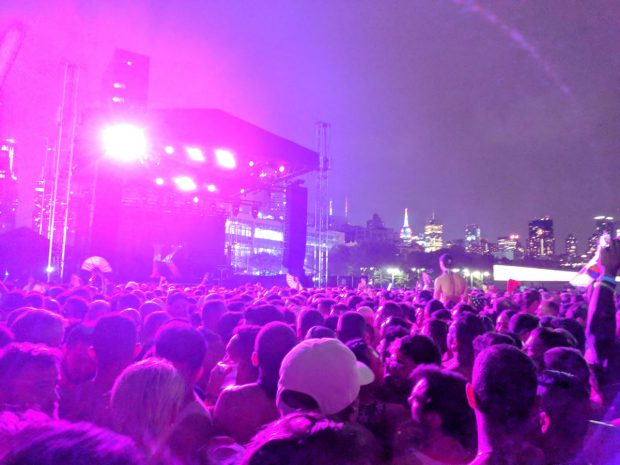