Summertime is one of Berlin’s best times (if you ignore all the rainy days), and one of the summer’s best festivals is also the most queer: Berlin Christopher Street Day. It’s coming up this week when hundreds of thousands of people take to the streets with glitter and rainbow flags. This year should be especially fun because of the recent vote toward marriage equality. #EheFürAlle

Berlin has a long history as an LGBT hotspot and as an LGBT-friendly destination. In the 1920s, Berlin was at the center of the flamboyant decade of cabaret and attracted a diverse and international group of LGBT individuals. Berlin’s gay neighborhood of Schöneberg was one of the world’s first, home in the 1920s to legendary gay icons like Marlene Dietrich and Christopher Isherwood.

More and more millennials around the world are identifying as LGBT or queer, and as that happens, our world becomes a little bit more exciting and interesting. Even just in the past few months, a new gay (but hetero-friendly) hotel part of the Axel Hotels group just opened up. Today, the city is once again one of the world’s most queer-friendly places with a diverse number of options available to every type of traveler. And the recent vote to make same-sex marriage legal just further emphasizes place as one of the world’s most queer-friendly. 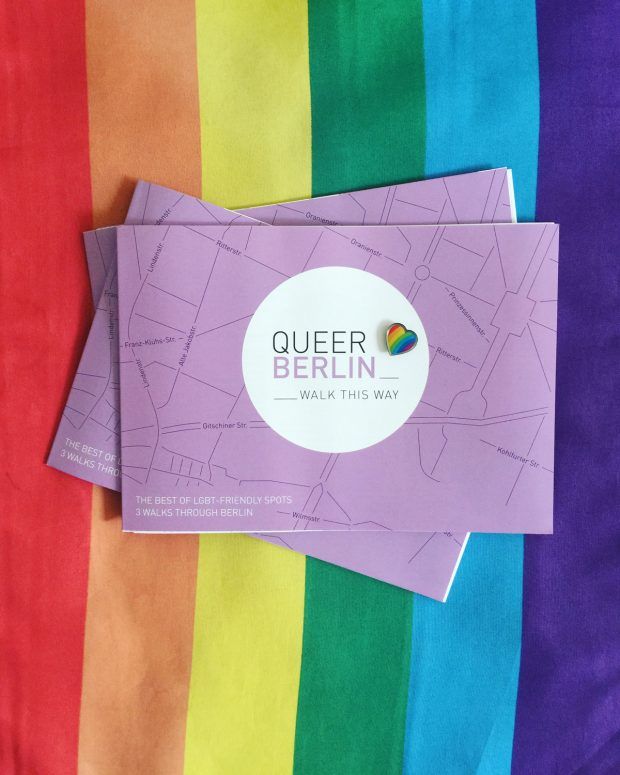 But discovering queer Berlin today can sometimes be a challenge. As the city evolves, and as gay travel itself changes, there are more and more queer hotspots in Berlin; how do you know what’s right for you? I teamed up with BertaBerlin to create the new QueerBerlin map— a 100% local guide to Berlin which includes three walking tours through Berlin. Each walking tour focuses on some of the best tourist sites, including many LGBT specific places. Berlin isn’t always the easiest city to discover thanks to its sprawling size and distinct neighborhoods—it’s a city of villages after all—but the QueerBerlin map will help guide the way!

The map includes many of my favorite places such as the Reichstag, a beer gardens inside the Tiergarten, hidden shops, an art gallery inside a bunker and of course my favorite queer bars, clubs and parties. You can buy the map to have shipped to you before your visit, or pick it up in a handful of shops, bookstores, bars and art galleries (see the full list here). As a little teaser, I’ve highlighted my favorite queer places in Berlin here. 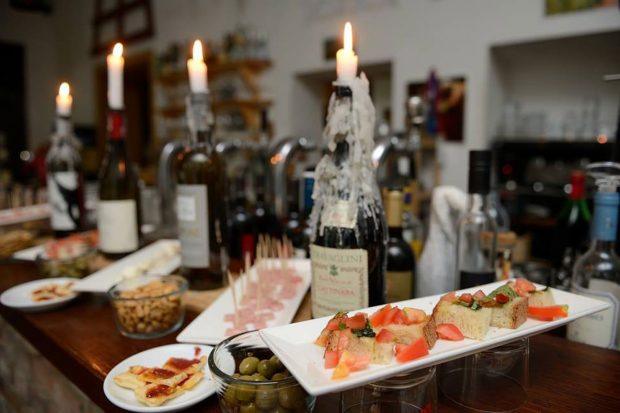 Facciola looks like a lovely little wine bar from the outside—a window with some plants, a red awning, a handful of Berliners sitting on the stoop. Inside, the bartenders (friends Aurora and Sebastian) make the environment more than cozy, though. They go out of their way to make sure everyone at the bar enjoys their time. Fresh Italian foods and snacks are available (and tasty, too!), but it’s the atmosphere that they’ve created in and around the bar—one of friendliness, fun, creativity and deliciousness—that permeates throughout Facciola. It’s the type of place you can return to over and over, where the bartenders will remember your last order and where you always make a friend.

To remember: Memorial to the Homosexuals Persecuted under the National Socialist Regime
stiftung-denkmal.de 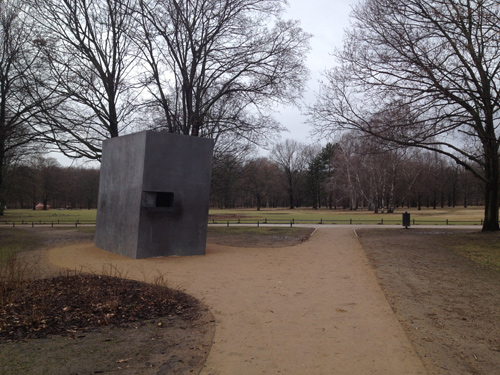 This Memorial is often overlooked by the more dominant Holocaust memorial in Berlin—the one commemorating Jewish victims. It was opened in 2008 by Berlin’s gay major at the time, Klaus Wowereit (the same one who coined the popular “poor, but sexy” phrase to describe Berlin). The memorial features a stone slab with a small window through which a looped video of two men (and now also, two women) kiss. It serves both as a memorial to the homosexual victims of National Socialism and as a lasting symbol against exclusion, intolerance and animosity towards gays and lesbians.

To shop: Other Nature
other-nature.de

Self-described as a “feminist, queer-oriented, eco-friendly, vegan sex shop,” the Other Nature sex shop has a friendly and approachable method to selling sex toys. You’ll find a variety of products and even a small library of LGBT publications in their back room (with free tea!). Plus you can pick up a copy of the QueerBerlin map inside!

Kino International is one of Berlin’s most iconic movie theaters. Besides hosting regular cinema events in Berlin (including the annual Berlinale International Film Festival), there’s a bar on the second floor which regularly hosts art exhibitions or queer-oriented parties. However, it’s the regular Monday night film event called MonGay which adds this to the map. Every Monday 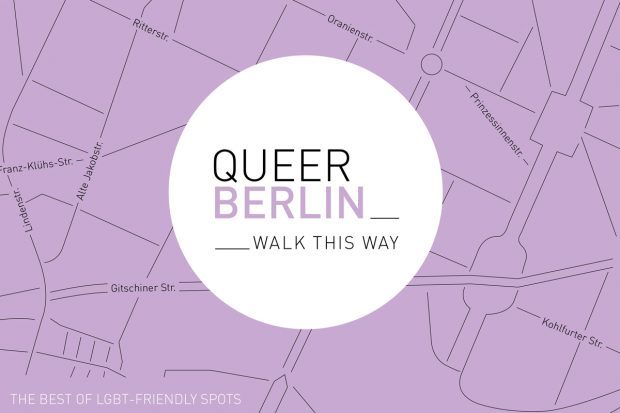 Explore Berlin’s best LGBT hotspots with the QueerBerlin map by Travels of Adam and BertaBerlin. The new map features three walking tours through Berlin & over 50 other queer places — all our favorite recommendations we’d share with our family and friends. From museums, shops, sights, restaurants, cafés, bars, clubs and more, you’ll find plenty of LGBT options for every budget. The map, made in partnership with local travel guide publisher BertaBerlin, includes three unique walking tours through the city. Each walk features LGBT-specific highlights and historical markers.