Home » Travel Tips » 7 Things You Didn’t Know About Me

It’s Christmas time, and as the movies would remind us: at Christmas, you tell the truth. I’m taking that to heart today and because I’m continuously striving for more authentic (sorry for the buzzword!) blogging, I figure it’s time to share some little-known facts. This month also marks seven years of Travels of Adam – that’s longer than just about anything I’ve done in my life, which when I think about, is pretty terrifying. So, here goes… (in no particular order): 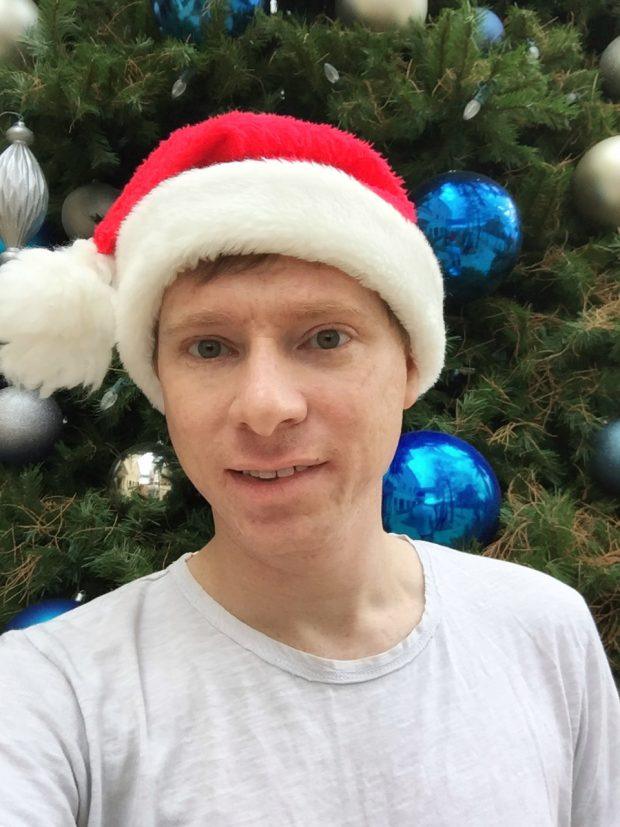 Probably not a surprise, but I. fucking. love. Twitter. In fact, this blog was born out of my @travelsofadam Twitter account – which I started some seven and a half years ago. TBH Twitter, has always been a part of my story. When living in Boston, I would use it to meet other strangers going to see gigs—one time I asked on Twitter what I should wear. A random woman replied suggesting neon green and a few hours later at the show, she spotted me in the Orpheum Theatre. It was random and fun and silly—and that’s just how I’ve always acted on Twitter… my favorite social media!

So, a few years ago when it became popular to have anonymous Twitter accounts among gay men, I joined in the trend with a new (secret) account. A place to share a bit more than usual and very NSFW commentary. As someone who’s already very public on my @travelsofadam Twitter account, my secret gay anon Twitter account is a place to let loose a little further — without any constraints or worries. Plus, it’s nice to have a space where I don’t talk about travel. 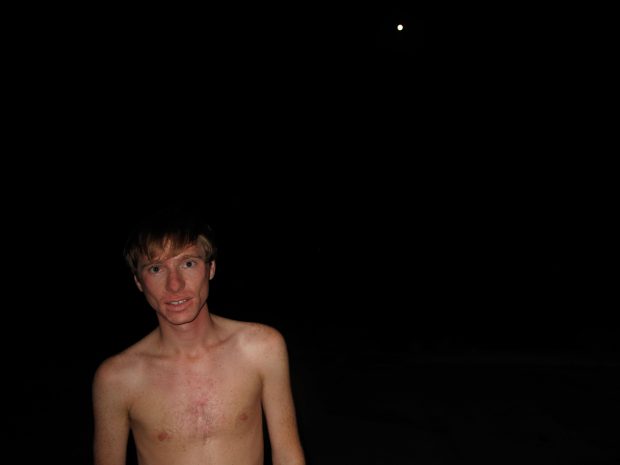 As an expat in Tel Aviv for a summer, I didn’t wear a lot of clothes…

I don’t really see myself as someone who is too worldly or well-traveled. I know, shocking. But for someone in my industry (#travelblogging), I’ve been to shockingly few places. Most of my travel has been focused on North America, Western Europe and Southeast Asia. Saying that, however, I have lived in a lot of different places. For the purposes of this blog, I’m counting anywhere I’ve lived for 6 months or longer (including as a student). In America, my homes have been both in the Dallas-Fort Worth suburbs and in Boston. During school and extended summers, I studied abroad and lived in both London and Sydney. And then in 2010, while backpacking around the world, I found myself in love with a boy and a city: Tel Aviv. Repeat: Berlin.

That leaves me having lived in the USA, England, Australia, Israel and Germany—a nice cornucopia of predictable and less-than-predictable places. Living in each country has left me with a huge variety of experiences and opinions—too much to get into here. But I’m certain that each place I’ve lived has shaped my life in some way. My Americanism is a part of my core: a sweet southern kindness from growing up in Texas and a certain level of adultness from developing in Boston. Sydney taught me to be silly, and to enjoy the weather. London taught me to be strong, alone, while appreciating art, theatre and culture. In Tel Aviv, I learned a lot about boys and parties and how to have fun, but also how to let politics be a part of your life (or not a part of it, so it goes). And in Berlin: well, I’m still learning a lot—but the city has made me tougher, more creative and a little more darker (though not in my skin tone; I could use more sun in Germany).

Living abroad has come to be a powerful part of my life and it has shaped me in ways I can’t even imagine. 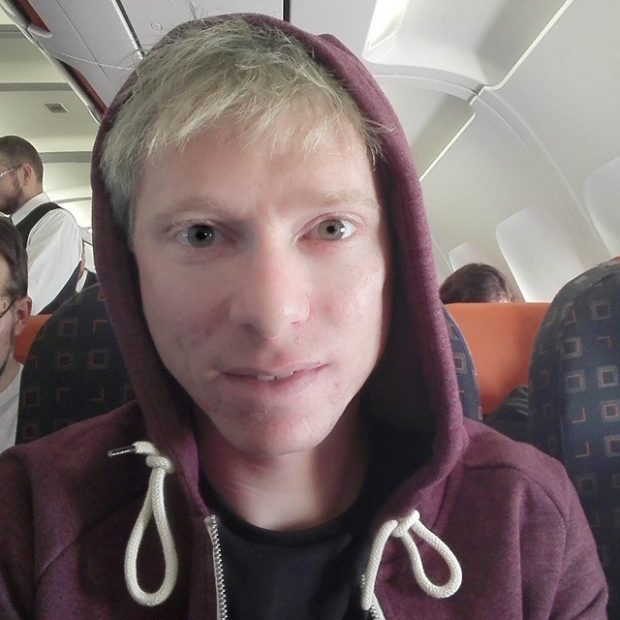 I’m a terrible trip planner, but that doesn’t stop me from taking trips!

Yep, it’s true. I’m easily overwhelmed—something most of my friends would probably point out in heartbeat—and booking a holiday causes me so much anxiety, I find the whole experience challenging to the point that I sometimes freeze up. There are so many places I haven’t been and so many places I want to go to, that I usually get stuck at that very first phase of travel planning: where to go. I spend so many of my days reading and writing about travel, that when I go to book my own holidays, I simply get lost in the amount of options and ideas. It’s something I’m working on by trying to be more mindful in my daily life, allowing me to better focus—so here’s to hoping I’ll get better at trip planning in 2017.

A pro tip, however: sometimes when you just let loose and let the travel plans come together on their own, things just tend to work out.

Related: How to Plan a Trip: The Do’s and Don’ts of Trip Planning 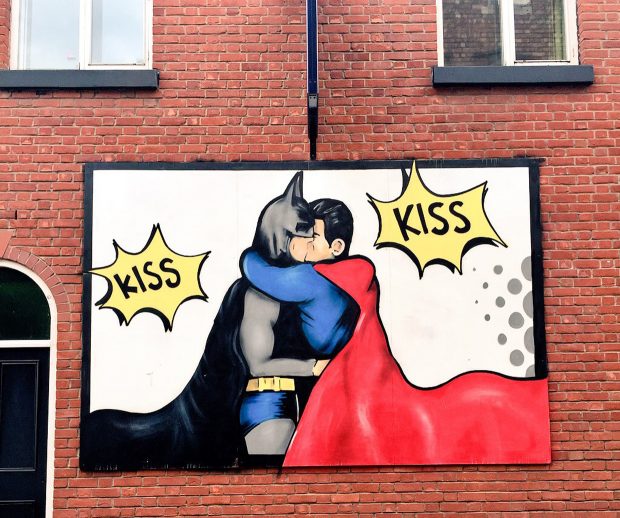 Gay Travel is kind of my area of expertise :D

I’m a victim of cyber-bullying.

Saying that out loud sounds almost funny, but for the past two years I’ve endured countless threats and harassment from a single person and it is decidedly not funny. A one-time colleague and friend, he has made a point to continuously harass me online through comments, veiled threats and targeted harassment. I’ve spoken about it to only my most trusted friends and while I’ve largely been able to ignore and block him everywhere I can, he still persists. This person has attacked me in countless ways: by going after my family, friends, my physical appearance and my livelihood. While it has been difficult and hurtful, what also hurts is the people who continue to enable him by ignoring his hateful comments and brushing it under the rug. I don’t think many people know what it’s like to receive such targeted harassment and so persistently, but let me tell you it is not easy. Thankfully, I have a strong support group of close friends but I cannot even begin to imagine those in similar circumstances less fortunate than myself. I’ve gotten plenty of hateful comments on this blog over the past seven years and I guess that’s made me tougher—but it still hurts. I’m working on it in every way possible. 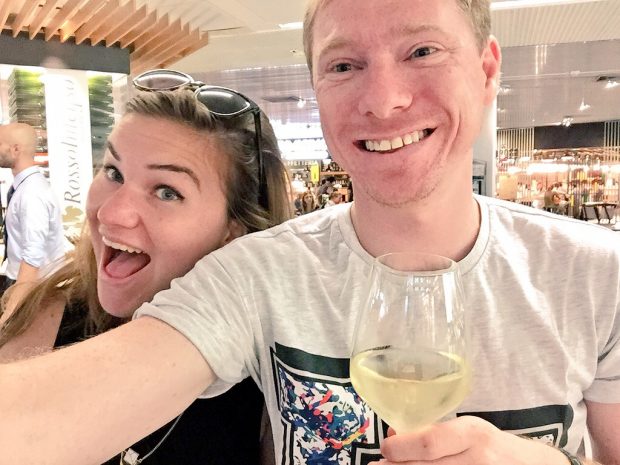 Airports are my happy place.

There’s one place in this world that I will always love: the airport. It doesn’t even really matter what airport. The cold, cool glow in an airport and the endless overhead announcements calling out countless foreign and faraway places—it brings me so much joy and happiness. The 6 a.m. McMuffin sandwiches or the booths at a soulless Chili’s Too; I love it. Give me free wifi and a power outlet, and I just might never leave!

Some of my favorite airports are, predictably, those that I pass through regularly. I live for layovers—the chance to see a new airport, to check out the shops or to grab a quick bite. 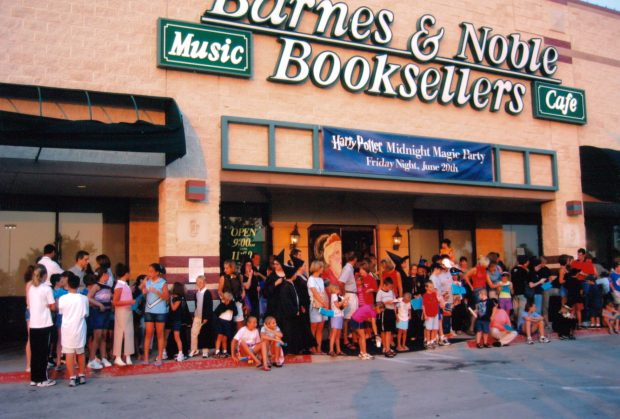 Some of my best memories from working at Barnes & Noble are the times I participated in the events, readings and Harry Potter book launches

I used to work at a bookstore.

For over five years, I worked at a bookstore: Barnes & Noble. I’m not sure I’d go so far to say it was my favorite job, but it certainly was one of my best. I used to love so many aspects from my time as a bookseller—whether it was stocking books in the backroom, overseeing the events in the children’s department, working as a cashier or just manning the customer service desk. I worked in a few different Barnes & Noble bookstores in Boston and in Texas and I worked during at least two Harry Potter book releases (naturally I dressed up as Ron). Working in a bookstore taught me a whole lot of skills and taught me things not just about publishing and commerce, but also about people and sociology. Interacting with customers and tracking down books was one of my favorite parts of the job—plus the opportunity to make my own book recommendations felt strangely powerful.

So, there it is. Some of my secrets! For all the good stuff in real-time, make sure you’re following me on Twitter, Instagram and Snapchat. I’m brutally forthright on social media ;)

Related: The Things That Made Me, Me