Home » Europe » Germany » Berlin » My Berlin Story: The How, Why & When I Became an Expat 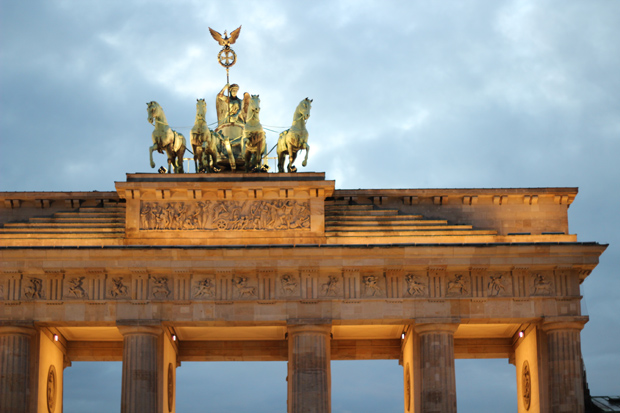 Recently I rediscovered my love for Berlin. If you’re following me on Instagram, you’ll have seen about a gazillion photos of springtime (Frühling) in Berlin. In today’s blog entry though, I want to share my story as a Berlin expat…

I came to Berlin in the summer of 2011 while on my trip around the world. I’d been traveling for about a year at this point. After spending a month in Vietnam and with my bank account dwindling, my tax refund from my previous year of employment showed up. It was with that last little splurge of cash that I booked my plane ticket from Hanoi to Berlin. And it was that money which I used to fund my short-lived Eurotrip. Because while my original plans included a summer traveling around Europe, after spending one week in Berlin, I knew that this was the place for me.

Berlin is my home now. I love returning here after a trip. And while you’re reading my blog about my various trips around Europe (and further abroad, on occasion), know this: the vast majority of the time I’m really just here in Berlin. Living my day-to-day life and doing all those oh-so-Berlin things which have come to define me. The city might not always reciprocate its love, but Berlin is mine. My home. My love.

How I came to Berlin

My Berlin story begins in June 2011 when I arrived in Berlin just a few days ahead of the annual CSD gay pride parade. That first week in Berlin still stands strong in my memory. There were long summer nights, a brief romantic fling, free festivals in the park, public drinking and a bit of sightseeing too. I stayed mostly with Couchsurfers during that week and it’s probably because of my kind and gracious hosts that I realized it was perfectly possible to stay in Berlin longer than intended. But I didn’t stay just then: I kept moving. Onwards to Prague and Vienna, until I realized — why am I still traveling?

I realized during that brief Eurotrip that I just wasn’t having as much fun as I had had the week before in Berlin. So I returned. And sitting in my dorm room hostel, I spent hours searching for a suitable apartment to rent. After a few days of searching, I got lucky and found a room to rent for a month. I vowed to give myself 30 days to see what would happen. It was the remainder of my travel money so it was now or never.

A popular saying here… hard to resist saying it sometimes

During that first month I lived in Berlin (documented in a fun-to-read but very casual daily blog online), I split my time between having fun and working hard. I went out clubbing as often as I could (which was quite a bit), met new friends at bars and meetups, had movie nights and spent time hanging out in Berlin’s many beautiful parks. But I also worked hard: I spent my afternoons (because I also got a lot of sleep that month) trying to find a job, which I ultimately succeeded in. The job was just a 3-month contract internship (as I’d come to learn so many jobs in Berlin actually are) but it turned out to be a great way to get initiated into the city. I hated the company (and still do) but it was my foot in the door that is Berlin.

From that first summer in Berlin to today, I’ve had a strange and interesting time in Berlin. I’ve worked for various startup companies either in online marketing or graphic design. I’ve taken German language classes, worked freelance, traveled frequently and thought about leaving. This summer marks three years in Berlin — which is incredible when I stop to think about it. Berlin was never in my plan. GERMANY was never in my plan. And yet here I am. And with my new 2-year residency visa, Berlin is likely going to remain in my future for time still to come.

Planning to move to Berlin? Join Internations.org for free to meet and network with other expats! 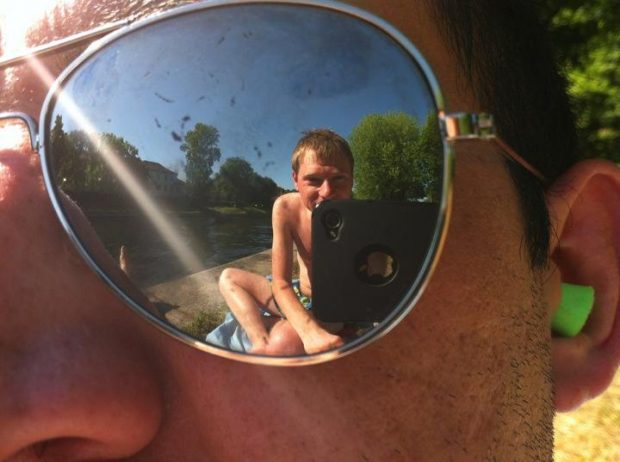 Is there any better time of year than a summer in Berlin? I don’t think so.

I had always wanted to live abroad at some point in my life (it’s part of the reason why I had studied abroad in London and in Sydney during college). When I was working as a graphic designer in Boston for a large, international company I quickly learned that the best way to get a job and live abroad was to just go for it and make it happen myself. I saved up some money and eventually was able to afford quitting so that I could travel and see the world on my own time. The original plan included moving to Australia at the end of my trip, but when the time came, I suddenly changed my mind. Europe was calling.

While backpacking around the world, I met other travelers and backpackers who had nothing but amazing things to say about Berlin. Many of them, after meeting me and getting a sense for the types of things I liked to do, told me flat out that Berlin was just my kind of city. Never having had an interest in Germany or Berlin before, I decided to just take a leap of faith and show up as a tourist to see what all the fuss was about. Turns out everyone was right: Berlin is incredible. The city has its problems, for sure, but right now, right here, the city is so full of potential and has this incredible energy it’s hard to imagine myself anywhere else.

When people hear the word “Berlin” it usually conjures up an image of a very open-minded and liberal-thinking city. And for the most part they’d be correct. Thanks to its healthy reputation from the 1920s as a bit of a gay mecca, the city seems to have a pretty good history with that kind of stuff. It’s also got a reputation as a party destination thanks to its legendary nightlife (ie, Berghain – “best club in the world“), but I think what a lot of tourists might miss out on is the fact that this is a living city. There’s this cultural movement here – Berlin today is adapting and evolving. Even though Berlin is Germany’s largest city, it’s also still growing. It’s what makes it so exciting and interesting to be here – to be a part of the change and see the change.

Some of the above has been extracted from an interview I gave to PASSPORT Magazine earlier this year. You can find the full story about gay American expats on their website. 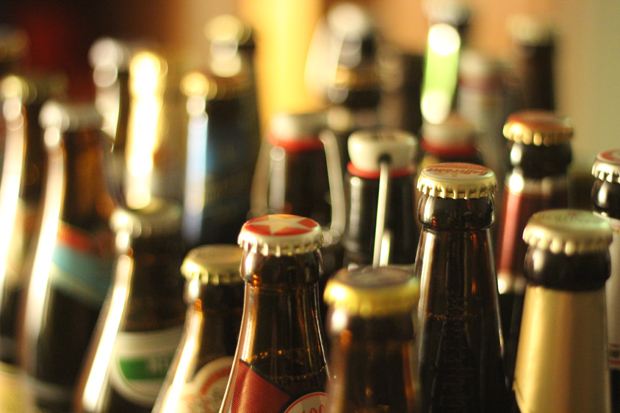