A big and beautiful boat pulls out of the harbor. You’re seeing it from above—perfectly still, blue water surrounding the boat. Two swimming pools, bodies moving on deck. The skyline of Barcelona in the distance. It’s The Cruise—Europe’s biggest gay cruise, produced by La Demence (one of Europe’s best gay parties) and the setting for documentary Dream Boat which premiered this weekend at the Berlinale International Film Festival. 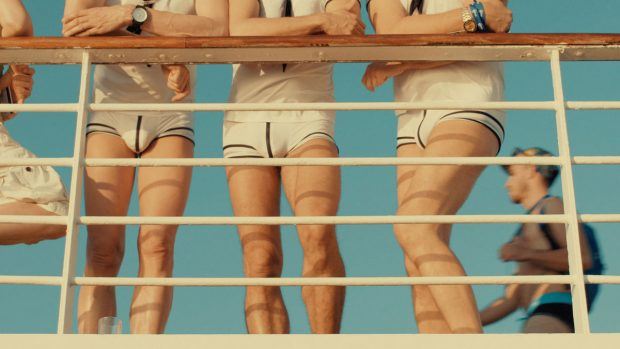 The film follows a handful of different characters on the cruise. With nearly 3,000 gay men on board, there’s plenty of opportunity for freedom, love and happiness but the stories that come out are all a little bit different. Dipankar from India escaped an arranged marriage at home and now works in Dubai, but still doesn’t act or feel 100% out (he says he’s only 60% comfortable being out in Dubai). Another man, Ramzi, is from Palestine but has lived in Belgium for a third of his life and is traveling with his partner. There’s the handicapped man from France, Philippe, who’s also traveling with his longtime partner. And the muscle-boy, personal trainer from Poland, Marek, who now lives in England and seemingly could pull any guy he wants, but yet somehow still feels apart. There are more characters, such as the cruise’s official photographer and a Viennese man who talks about being openly HIV-positive—a mix of the many men on board.

There are drag queens, old, young, fit and every other type of gay guy. Dream Boat follows the one-week cruise day-by-day, party-by-party. Director Tristan Ferland Milewski said, “Day and nighttime and space don’t really exist on the ship,” remarking that the crew basically committed to 24 hours of shooting. I’ve never been on a mega cruise ship or an all-gay cruise experience, so the scenes in the film were particularly enlightening. There’s this mystery around gay cruises—what are they really like? Is it just a hedonistic, hyper-sexualized, drug-fueled adventure? 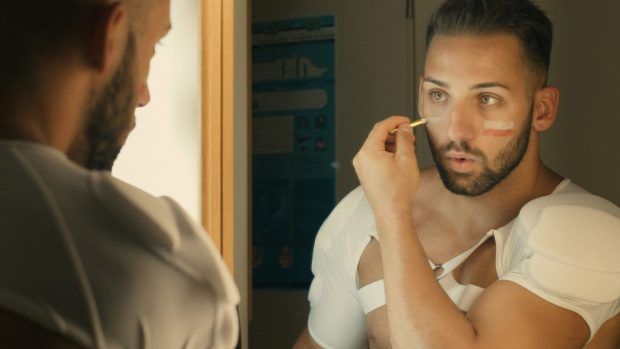 In the film, we get glimpses to these questions I think every gay guy has about a gay cruise before going on one. The documentary provides a glimpse inside the cruise ship and all the events and parties taking place, but importantly: also the people on board, the people who choose to book a gay cruise. It’s a diverse group of men from all over the world. And throughout the film, there are more than enough gratuitous shots of men’s crotches and bulges. Nothing is too overtly sexual, though there are plenty of butts and the occasional penis on display (and one slightly graphic—albeit brief—scene from the dance floor).

The sexuality of the gay cruise peeks through in the careful editing, interspersed with the interviews from the men on board. I found myself with more questions about sex on board after the movie, though. Countless used condoms littering the boat deck at sunrise left me curious: we certainly didn’t see what might’ve lead to that scene. While the film seems to reveal a lot of what a gay cruise is like, they’ve managed to keep plenty of mystery, too. 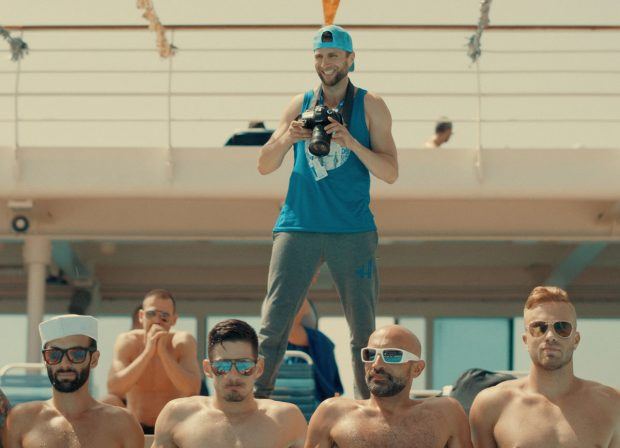 But there’s little mystery left of the emotions of the men on board. That’s shown pretty clearly and with enough openness and honesty to make you feel like you’re on board. Filmed interviews in the mens’ private cabins, stories of their lives at home and how they differ from live on board the gay cruise. Dipankar describes the boat as “a sea of opportunities” and, in one poignant scene between him and Marek, admits to having sex with five or sex men, to Marek’s zero. Yet Dipankar still finds himself feeling lonely on board on at least one night, skipping out on the drag party.

A world full of homosexual men—as appealing as that initially seems—also sounds terrifyingly challenging. A few of the subjects in the film discuss the constant judgement within the gay community and the longtime popular opinion that being gay makes you part of a larger, global LGBT family. While several of the men seem to undergo stressful or depressing moments on board, the atmosphere is largely jovial, upbeat and happy. There’s always a dance party to go to. The film’s original score adds this extra emotional layer on top of the sultry scenes where no one seems to wear more than a speedo.

In the end, Dream Boat shows us more than what a gay cruise might be like, but also what it feels like to be gay today—a conflicting mix of emotions and desires, where we’re all just looking to be loved.

The Berlinale International Film Festival takes place February 9-19, 2017. Learn more at berlinale.de or follow along while I review movies here on the blog and share behind-the-scenes snaps from movie premieres and parties on Twitter and Instagram.

See a brief video from Dream Boat here on the Berlinale website. 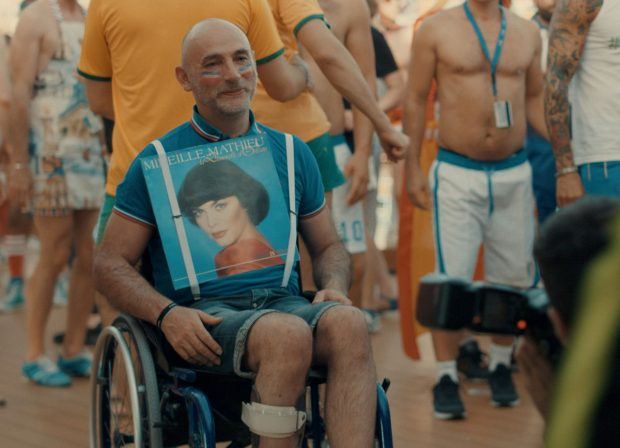