When people talk about “gay England,” there’s almost always one city they’re referring to. The seaside town of Brighton has and always will be the “gay capital” of the United Kingdom. A long history as a resort down for the rich, famous, and hedonistic, Brighton has always attracted an eclectic mix of LGBTQ travelers. And some government estimates put the city’s population at 10-15% as LGBT.

Famous travelers to Brighton have included the likes of Oscar Wilde—who famously wrote his play The Importance of Being Earnest while in town one summer at the end of the 19th century. Brighton just always has had this gay reputation.

There’s a certain funky attitude in Brighton, too. Colorful and diverse, weird, loud, uninhibited. Maybe it comes from the sea air, but local Brighton residents just live as they like. And that’s what makes the city so interesting. 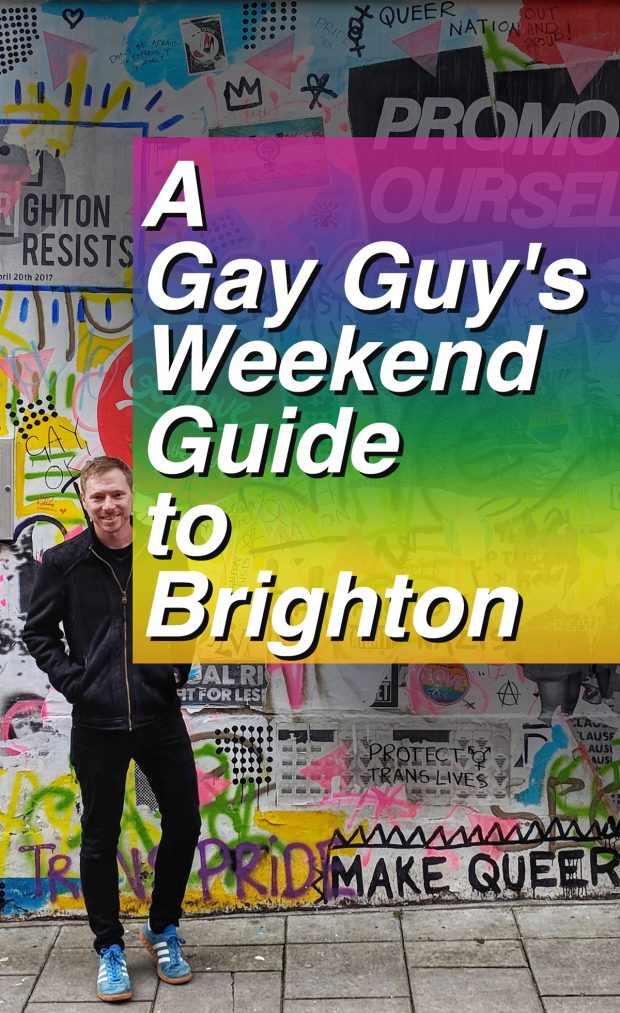 THE WEEKEND GUIDE TO BRIGHTON 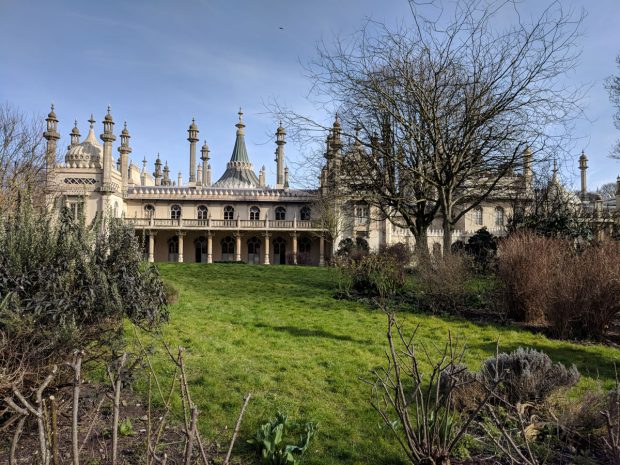 As a long-time resort town, Brighton has attracted tourists for centuries—so much so, that the royal family built what exists today as the Royal Pavilion. Built by King George IV, it was his summertime palace designed in a gaudy and overbearing style with Asian-architectural influences and colorful interiors. When you first see it, the building looks out of place—but then you remember: this is Brighton, and they do what they want here. The nearby gardens offer a peaceful respite—especially in the warmer months!

One of Brighton’s newest attractions (open since 2016) is also its tallest. The British Airways i360 stands 162 meters tall at the foot of the former West Pier. Ticket prices are 17 GBP or less and offer the chance to view Brighton from above in a fully panoramic experience. While going up the tower, you can order drinks from the bar and even while the experience is under 25 minutes total, it’s a fun thing to do for a first-time visitor. 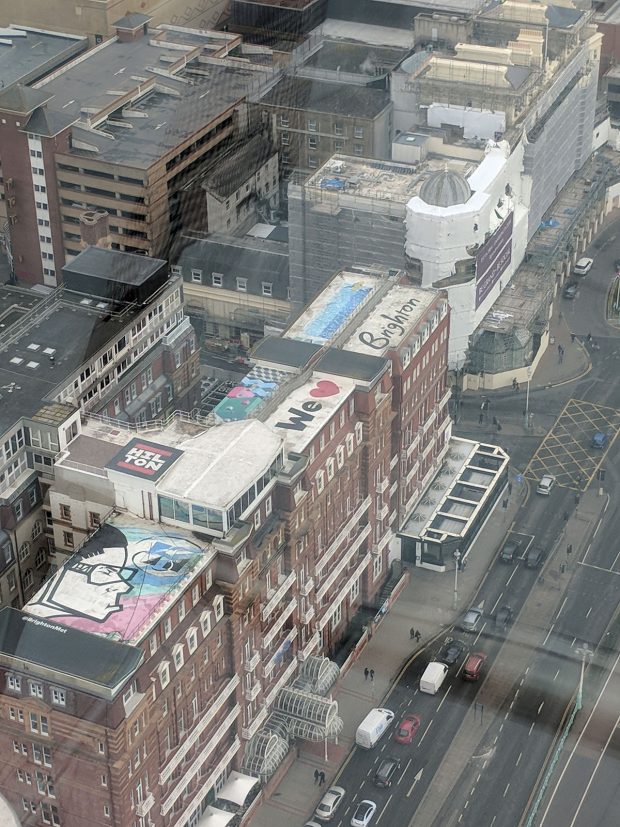 For a taste of Brighton’s gay history, the Piers and Queers walking tour is run by Brighton Local tour operator Only in Brighton. It’s a unique and interesting insight into Brighton’s history: a spotlight on the travelers and locals that have passed through Brighton for a century, leaving a trail of clues to the city’s LGBTQ history—including people like Oscar Wilde and Colonel Sir Victor Barker, each with their own unusual travel tales from Brighton’s queerest city.

However, while Brighton’s history is notable, the real attraction of the city today is its quirky atmosphere. It’s best to get a taste of it while wandering the North Lane Bazaar—a mishmash of streets packed with cafés, restaurants, bars, and boutiques. 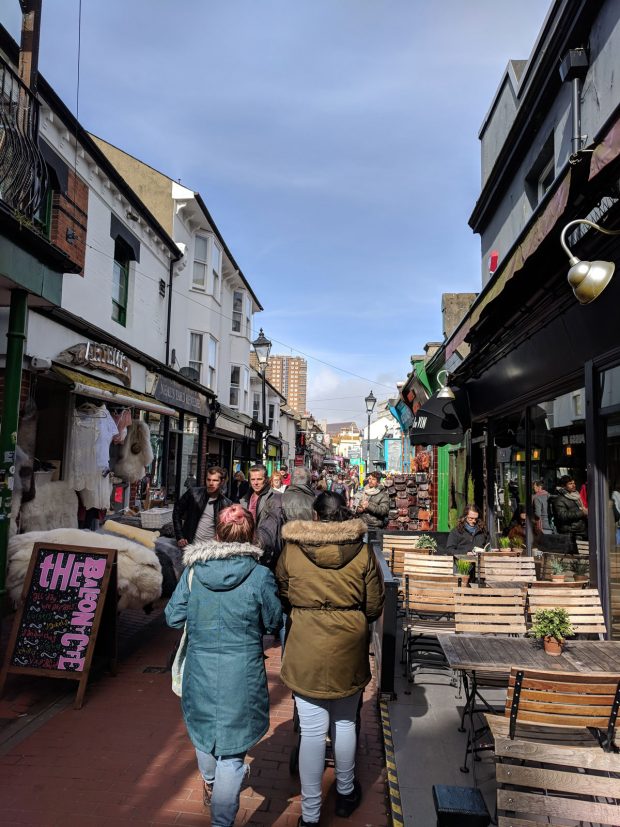 Hipsters everywhere in the North Lanes

Regency Square, located between the city center and the nearby Hove, is home to a number of great restaurants and bars. On weekends, The New Club serves one of Brighton’s most popular brunches in a cool restaurant in the style of a NYC diner with an LA attitude. And while in Brighton, you can’t miss the seafood! Regency Restaurant has one of the best deals in town with a full fish & seafood menu. The Brighton Pier (even if touristic) is also a great place for a snack or the British classic fish & chips. 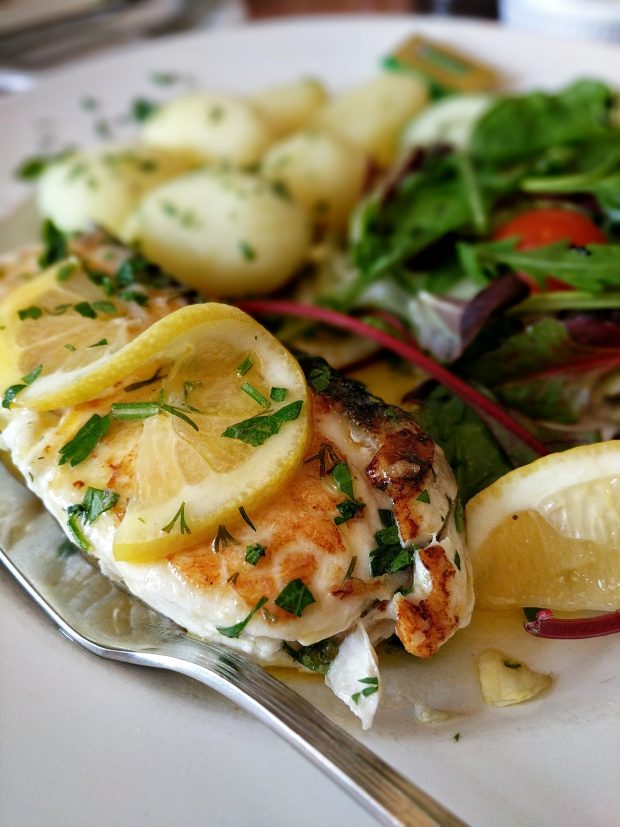 Seafood at the Regency Restaurant – affordable AND delicious!

But part of Brighton’s charm is its international flair. In the North Lane Bazaar, you can find everything from vegan street food, classic burgers, to contemporary Indian cuisine (don’t miss The Chili Pickle—a Bombay-style eatery with twists on Indian classics).

Brighton’s nightlife is as varied as its citizens—with a bit of something for every type of traveler. There’s the Komedia Club in the North Lanes with everything from comedy to cabaret. In the gay village, the Marlborough Pub is the most open and accepting of the LGBTQ bars and even hosts most of the queer theater that takes place during the annual Brighton Fringe. 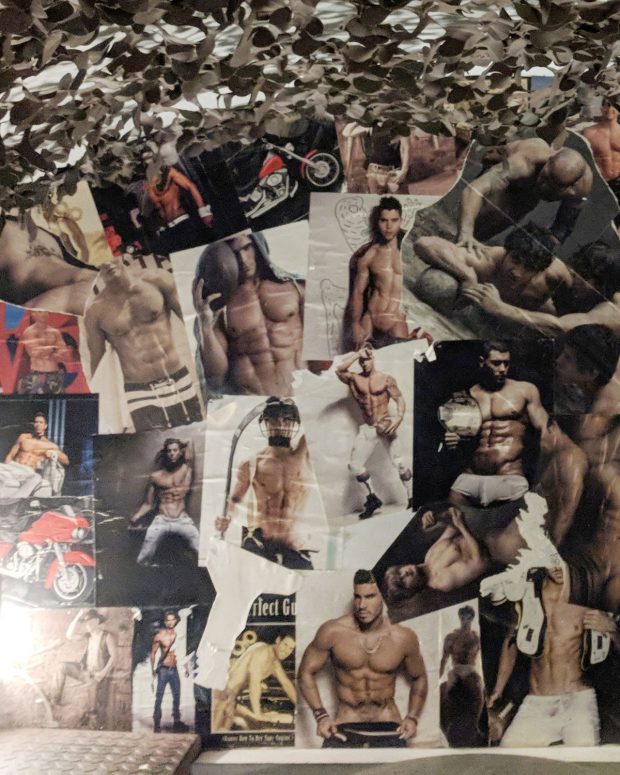 Inside one of Brighton’s many gay bars!

Bar Broadway, just a little closer to the beach, plays showtunes in a social setting—great for groups! And the Charles Street Tap, both a bar and a club with its popular music playing on the TV screens, attracts men and women, but the real fun happens at Club Revenge on the corner. The late-night club (and the late-night pizza restaurant next door, VIP Pizza) are always crowded with fun groups dancing until closing.

Located walking distance to Brighton’s gay nightlife, the New Steine guest house is a convenient and cozy choice. Rooms are simple but front-facing ones look out into the lovely New Steine garden with views out to the sea, even. The on-site restaurant serves delicious French cuisine and offers a standard breakfast. 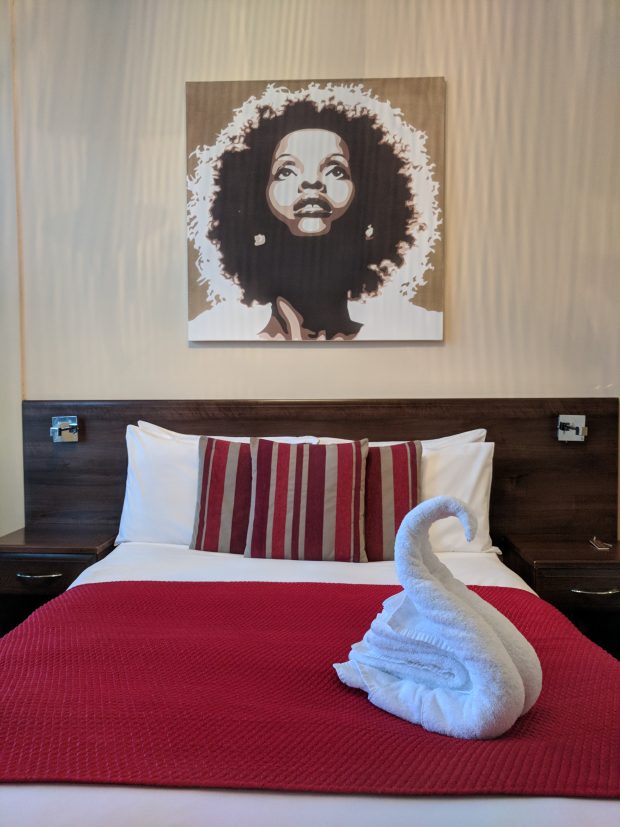 Brighton has so many boutique hotels, it’s just a matter of choosing one for the best price in the best location. The New Steine hotel is simple but stylish, and its’ location can’t be beat!

For a more funky hotel choice, the Hotel Pelirocco offers something different. The stylish boutique hotel isn’t located in the main drag near all the gay clubs, but it’s not too far that you can’t walk. The boutique hotel’s most interesting feature, however, is its theme: rock and roll. Each room inside the has a different music theme—from the Pin up Parlour to the Play Room. (The Pin Up Parlour is a homage to the British Diana Dors, the UK version of Marilyn Monroe. The Play Room is…well, let’s leave some things to the imagination. Here’s a hint, though: the bed has no corners…and there may or may not be a stripper pole in the room.) Prices at Hotel Pelirocco are a little more expensive, but if you’re looking for something funky and fun, it’s a good choice.

And for those on a budget, the Travelodge attracts a mix of LGBTQ visitors to Brighton. It’s convenient location makes it a great spot to be based for weekend adventures. It’s located on the seafront, so for the city’s big events like Fringe and Pride, it can’t be beat. There are countless other hotel properties along the Brighton boardwalk at any number of price points, but the Travelodge offers great value for its location.

My visit to Brighton was supported by VisitBritain and VisitBrighton. You can read more tips about the city on my complete Brighton guide here. Another version of this Brighton gay guide also appears on the Expedia.de blog. 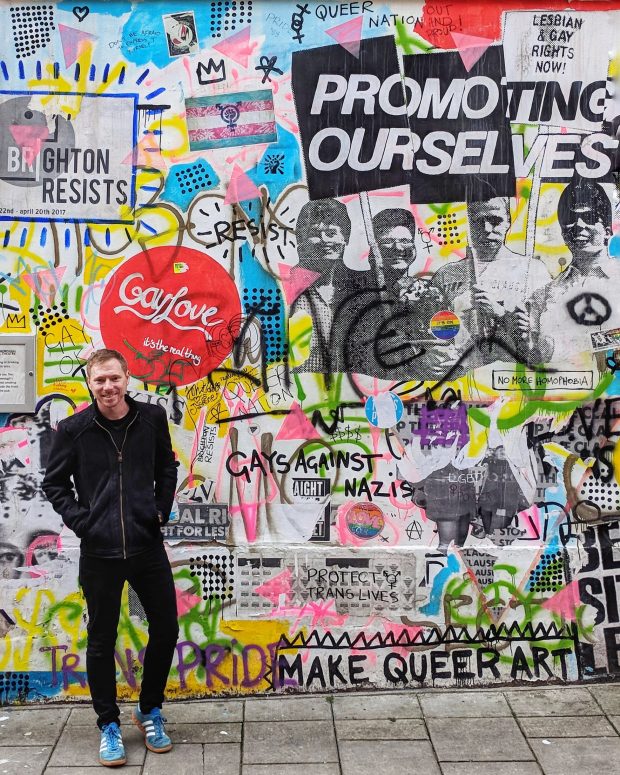